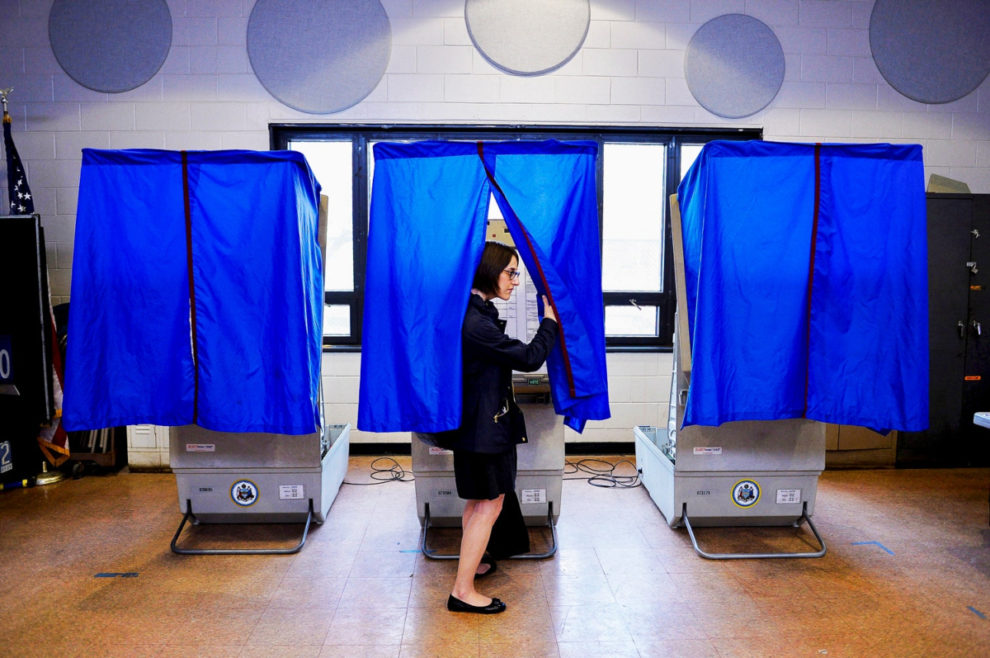 REPORT: Voting machines down in Westmoreland and Philadelphia Counties. Opposite sides of the state, both pro-Trump strongholds. #PAForTrump

Voting machines down in several counties

Several people feel that voting machines breaking down in pro-Trump counties does not seem like a coincidence. Many have voiced that this may be a pre-planned tactic to influence results. A media person tweeted, “What are the odds that voting machines go down in the reddest areas of counties in Pennsylvania, such as in Westmoreland and Philadelphia counties, while Democrat strongholds have literally opened up football stadiums to process their votes? No one should be fooled by this.” Earlier today, voting machines broke down in Spalding county as well, another known pro-Trump county.

Reports flowing in from Upshur county indicate that not a single vote has been cast despite the county being open for the past two hours. Several people who turned up early to vote are reportedly going back to their houses. One user tweeted, “In Upshur County in my district not a single vote has been cast in the two hours the polls have been open because NONE of their voting machines are working.” Citizens are encouraging each other to document any incompetency they witness. Authorities have urged people to call “866-OUR-VOTE” in case of any inconvenience.

The Texas secretary of state spokesman has clarified the problem regarding Upshur County. “This issue was the result of connectivity issues with KnowInk e-poll books,” he said.

There are several instances of voter fraud happening throughout the country. A citizen tweeted, “ILLEGAL campaigning INSIDE of a polling location in Philly. Man in blue is handing out DEM literature to voters IN LINE TO VOTE. This is why DEMS are keeping TRUMP WATCHERS OUT. They are STEALING it! This needs to STOP!”. The tweet is posted alongside a photo that shows a man dressed in blue handing out leaflets to the voters waiting for their turn. Such actions that are intended to influence election results are strictly prohibited and constitute punishable crimes.

Reports of massive voting frauds are surfacing from Philadelphia. According to several reports by eyewitnesses on social media Republican poll watchers were denied admittance into the polling station.  The Philadelphia Republican Party tweeted, “Polls have been open for 4 hours! So far, we’ve heard reports of: – Voters being turned away from polls for wearing Trump gear. – Republicans (not Democrats) being denied provisional ballots. – Non-operational scanners statewide. – Voters separated into poling lines by party.”

Here are more reports on voting machines being down in other regions and areas too:

• Voting machines down in Westmoreland and Philadelphia Counties.