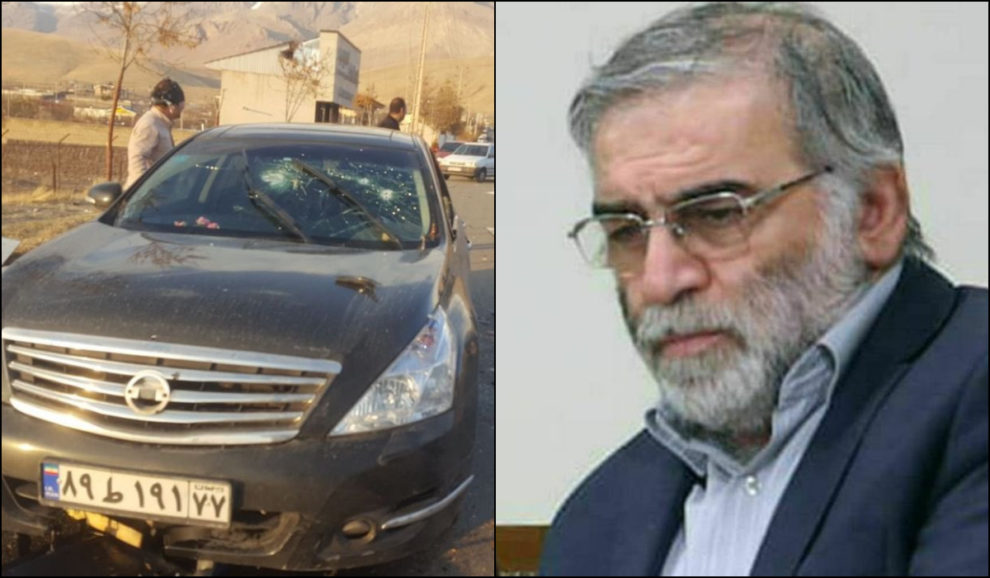 Reports flowing in from Iran indicate that Mohsen Fakhrizadeh, a Nuclear Scientist from Iran has been killed. Massive controversy surrounds this news as people debate who killed the scientist. Several fingers are pointing towards the same culprit: Israel. Mohsen Fakhrizadeh was heading Iran’s nuclear program, he was gunned down in Damavand, the east of capital city in Tehran.

It is no secret that Western Intelligence authorities have considered Mohsen Fakhrizadeh as the mastermind behind Iran’s secret nuclear weapons program. Diplomats referred to him as the “father of the Iranian bomb”. Fakhrizadeh’s name was present on Israeli Prime Minister Benjamin Netanyahu’s presentation pertaining to Iran’s nuclear programme in May 2018. A media agency reported, “Iranian media reporting that high level nuclear scientist Mohsen Fakhrizadeh has been assassinated. Widely referred to as Iran’s Robert Oppenheimer. He is by far the most important Iranian nuclear scientist to be assassinated to date. Netanyahu had mentioned him by name.”

It is astonishing how quick Mohsen Fakhrizadeh was murdered after the news of Iran producing enriched uranium surfaced on international media. Enriched uranium happens to be a key ingredient civil nuclear power generation as well as military nuclear weapons. Iran has maintained that the enriched uranium is only for its reactors and not for a secret weapons program. However, the enemies of state remain convinced that Iran is closer to manufacturing a war weapon.

People are suggesting that United States in collaboration with Israel is responsible for gunning down important members of Iran’s nuclear program. People are also inquiring about the role played by Donald Trump in these dirty politics. Recent media reports from the US indicated that Trump is ready to strike Iran before vacating his office.

“This cowardice – with serious indications of Israeli role – shows desperate warmongering of perpetrators.”

Reports indicate that Israel has previously used operatives from the Iranian terrorist organization, the MEK. MEK has been used by Israeli organizations to conduct attacks in Iran. It is said that the MEK introduced suicide assassinations to Iran. The commander of the Islamic Revolutionary Guard Corps (IRGC) stated that Iran will revenge the murder of Mohsen Fakhrizadeh.

Several people have shown sympathy with Iran by mentioning that killing a nuclear scientist when Iran does not intend to produce nuclear weapons is terrorism. By making developments in its nuclear program, Iran is exercising its right to peaceful nuclear technology, this attack by Israel cannot be justified under the guise of “self-defense.” One user said, “With two months left in the Trump regime Pompeo and Netanyahu are going to kill as many Iranians as they can get away with.”

No one has claimed the responsibility for the attack, nor has Israel issued any statement regarding the matter yet. From 2010 to 2012, four Iranian nuclear scientists have been assassinated, Iran places the blame on Israel for the ruthless killings.