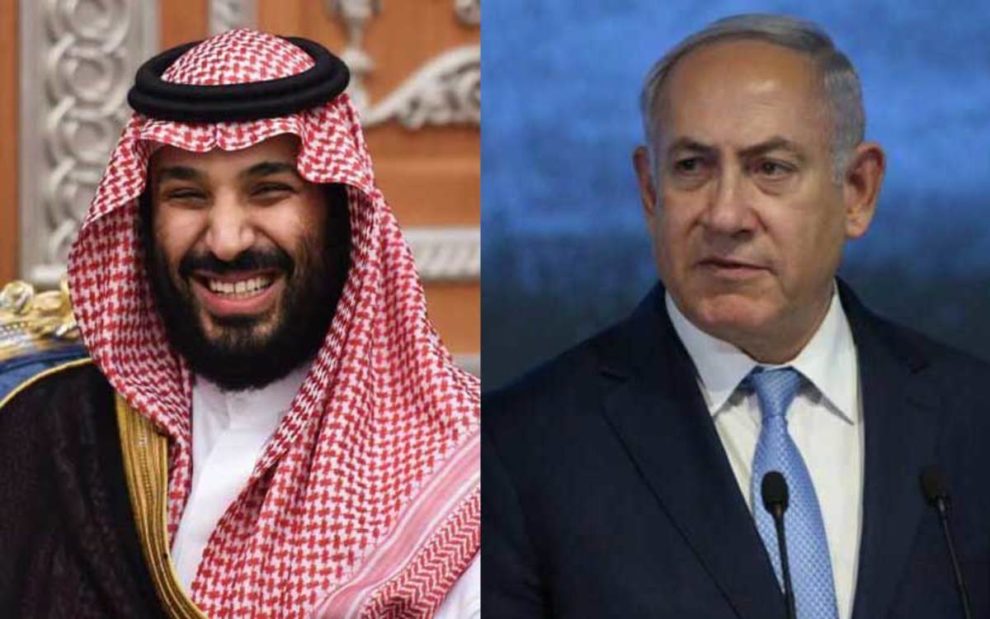 The secret meeting between Israeli Prime Minister Benjamin Netanyahu and Saudi Arabia’s Crown Prince Mohamad bin Salman suggests that their two countries are closer than ever in establishing official diplomatic relations. Such a rapprochement could be motivated by the possibility that Joe Biden will reactivate the nuclear deal with Iran if he is inaugurated as the new US President on January 20.

Netanyahu’s secret visit to Saudi Arabia was to prepare for a post-Trump Middle East.

On November 22, Netanyahu and Mossad chief Yossi Cohen flew in a private jet to the $500 billion “smart city” of Neom that is currently being constructed on Saudi Arabia’s northern Red Sea coastline at the axis where the Arab Kingdom meets with Jordan, Israel and Egypt. This was for a closed-door meeting with Salman and U.S. Secretary of State Mike Pompeo, according to Israeli media Kan and Channel 12.

Although the Saudi Foreign Ministry denied that Netanyahu or any other Israeli representative took part in the meeting, online flight monitors noticed an Israeli plane landed in Neom via Egyptian airspace. It is said the meeting was about the normalization of Israel’s relations with the Arab world in response to what they claim is a common Iranian threat.

According to Alex Veksler, a former advisor to Israel’s Minister of National Security, the main reason for the meeting was the consolidation of Israel’s, Saudi Arabia’s and the current U.S. administration’s position against Biden’s plans to reinstate the nuclear agreement with Iran if he becomes president.

“It was a special aircraft […] its trajectory and landings are recorded everywhere – they can be easily confirmed, at least by American registered documents. Netanyahu himself did not deny the trip when he was asked directly about it from the Knesset,” he explained.

In his opinion, Netanyahu’s meeting with Salman is one more step towards establishing official diplomatic relations between the two countries before the end of Donald Trump’s presidential term. The decision not to make the negotiations public is due to the policies of the Crown Prince not matching that of his father and family.

Biden mentioned that the U.S. would return to the 2015 Joint Comprehensive Plan of Action (JCPOA), but perhaps with new adjustments, without specifying what the modifications might be. In this context, the Democrat wants to resurrect the nuclear agreement, or at least a new version of it, that was completely abandoned by Trump. Doubts that Biden can do so in its entirety exist due to strong rejections from the Saudi monarchs and Israeli leaders.

Arab leaders are hoping that if Biden comes to power he will maintain Trump’s policies in the Persian Gulf and the surrounding region. As far as Israel is concerned, it is highly unlikely that relations with the U.S. will deteriorate with Biden, although they would certainly prefer Trump since he was the one that scrapped the JCPOA, moved the U.S. embassy to Jerusalem and recognized Israeli sovereignty over Syria’s Golan Heights, among many other things.

The fact that the meeting took place with the participation of Pompeo means that the alleged contacts between Israel and Saudi Arabia are the result of the Trump administration’s attempts to involve Riyadh in the so-called Abraham Accords, under which Israel launched an active policy of reconciliation with Arab countries in September.

On September 15 in Washington, an agreement to normalize relations between Israel, the United Arab Emirates (UAE) and Bahrain was signed. Then in October, Trump announced a similar agreement between Israel and Sudan. In addition, within the agreements, the U.S., Israel and the UAE agreed to create an investment fund for the Middle East with $3 billion in capital.

Former Israeli ambassador to Moscow Zvi Magen considers the reports of Netanyahu’s secret visit credible, but urges not to associate them with the alleged change of power in Washington. Rather, he believes it is a continuation of Israel’s policy of expanding the circle of participants in the Abraham Accords.

“This is not an action against Biden. It is about expanding the bloc of Israel’s friendly countries in the Middle East. But the emerging pro-American bloc becomes anti-Iranian by definition. Of course, if Biden intends to drastically change the course of the United States in the region, now it will be more difficult for him to do so,” admitted the former diplomat.

Magen does not rule out that the authorities themselves leaked information about Netanyahu’s visit. Nor does he rule out that Tel Aviv and Riyadh are close to officially establishing diplomatic relations. The main obstacle in this regard is the Palestinian question and the position of Riyadh is clear: there are no diplomatic relations without a peace agreement in the Israeli-Palestinian conflict.

But yet, Sudan, the UAE and Bahrain also once shared this same position.

Trump’s so-called “Deal of the Century” has received strong rejection by both the Palestinians and the majority of the Arab world. However, Magen believes that today the Palestinian question has lost its importance as the perceived threat of Iran takes precedence.

“If before the Saudi and Sunni states unambiguously took a pro-Palestinian and anti-Israel position, new conditions have been created that will force the Palestinians to accept the peace process and negotiate with Israel,” he said.

However, sources in the Saudi government and Israel maintain that Pompeo and Netanyahu’s efforts to normalize relations with the Saudis have so far failed.

“Despite the efforts of Netanyahu and Pompeo to convince them, the Saudis were clear, they said that at the moment they are not prepared to take the next step,” an Israeli official told Channel 12.

With the $500 billion city of Neom set to partially open after the first phase of construction is completed in 2025, Saudi-Israeli relations will begin to flourish as the ultra-modern and high-tech city will just be in a close proximity from the Israeli port city of Eilat. With the construction of such a megaproject, it is highly unlikely that Saudi Arabia will exclude Israelis from accessing the city, and thus, it can be expected that Riyadh will publicly normalize relations with Tel Aviv within the next few years.