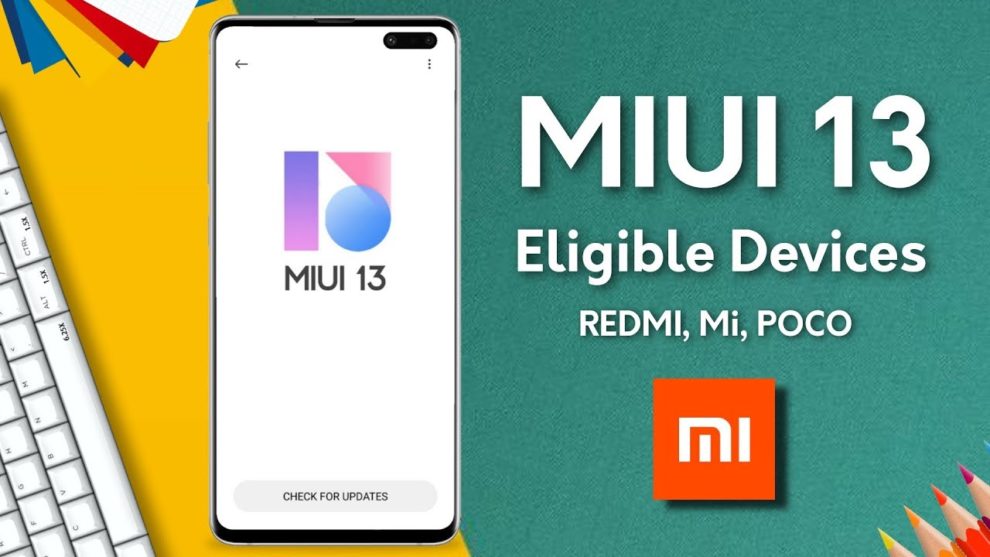 With Xiaomi now planning to roll out the last batch of MIUI 12 update by the end of October, attention has started shifting to the next-gen Android Skin, MIUI 13. According to Xiaomi, the new MIUI 13 update will be based on the latest Android 11 update. Apart from that, it’ll also come with additional features alongside the ones introduced by the latest Android 11 operating system. Since Xiaomi is still rolling out the MIUI 12 and Android 11 update to its eligible devices, there is only a few information out there, regarding the upcoming MIUI 13 update. One such is the list of eligible Xiaomi devices to receive the upcoming MIUI 13 update.

In case you’re wondering whether or not your Xiaomi device will be eligible to pick the next-gen MIUI 13 update, you might have to stop worrying about it. That’s because we’ll be sharing with you, in this post, the list of devices that’ll likely be eligible for the update when it launches. However, before we start sharing that with you, here’s a burning question, when will Xiaomi start rolling out the MIUI 13 update?

Admittedly, it’s a little bit tricky to predict the eligible Xiaomi devices that’ll bag the upcoming MIUI 13 update. That’s because the Chinese OEM doesn’t really specify the number of major updates that a particular device can get. Unarguably, we know that the company rolls out at least two MIUI updates for almost all its devices. However, there are some times that it chooses to roll out three major updates to some certain models. For instance, the company released Pocophone F1, running MIUI 9 out of the box. Now, the device has already bagged the latest MIUI 12 update. So, based on this experience, here are the Xiaomi devices that will likely be eligible for the MIUI 13 update.

For now, there’s is no official statement regarding when the update will arrive. However, based on previous releases, we should be able to make a close guess.

In 2014, Xiaomi rolled out the MIUI 6 update in August. As for the MIUI 7 update, it was released in August 2015. Xiaomi released MIUI 8 in June 2016, while MIUI 9 came out in August 2017. Furthermore, the company released MIUI 10 and MIUI 11 in June 2018 and October 2019, respectively. In April 2020, the Chinese OEM introduced to us the latest MIUI 12 Android skin. Reports have it that the upcoming Android skin is already in its development stage. Looking at all of that, it’s likely that the MIUI 13 update will launch by the end of this year or in Q1 of 2021.

What to do When Student Loan Relief Ends