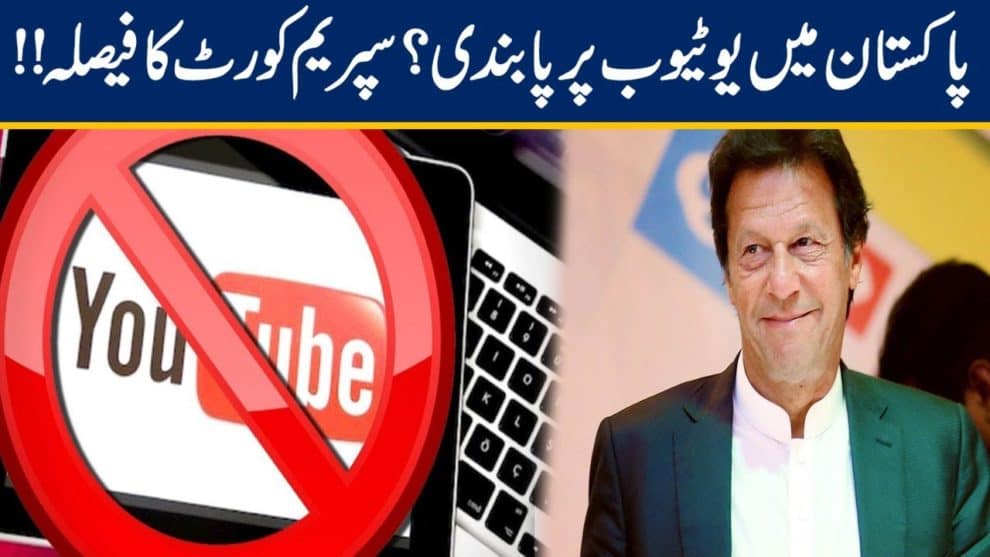 According to the latest report, the Supreme Court of Pakistan has hinted that it’ll ban YouTube in the country, over objectionable content published on the video-sharing platform. The report came up today, during the hearing of Shaukat Ali’s case, relating to sectarian crime.

On Wednesday, during the hearing of the case of a suspect Shaukat Ali, relating to sectarian crime, the Supreme Court of Pakistan was able to hint that it’ll ban YouTube in the country.

According to the report, Justice Qazi Amin and Justice Mushir Alam were on the bench, hearing the criminal case. While giving the reason for wanting to ban YouTube in the country, the court mentioned that it’s because of the unregulated content that citizens post on the platform.

Here’s a brief of what Justice Amin said during the court hearing below:

“We are not against freedom of expression. And masses have the right to discuss our performance and decisions as we take salaries from public money. However, the constitution also provides us the right to personal life but users of social media and YouTube are targeting our families. The Masses are being provoked against the country’s Army, government, and the judiciary.”

Also, Justice Amin was able to ask whether or not the Federal Investigation Agency (FIA) and the Pakistan Telecommunications Authority (PTA) have noticed such content on the video-sharing platform, focusing on mocking the Judges.

However, according to a PTA official, he said there’s a limit to what they can do on the platform. In addition, the official said PTA cannot remove any objectionable content on the platform. Instead, all the authority can do is to report any of such content.

Furthermore, Justice Amin mentioned, that many countries have been able to ban YouTube in their country because of similar reasons. Adding to that, he said nobody dares to post content against the European Union or the US government on YouTube.

Court Issues Notices Regarding The Matter

According to the report, the Supreme Court has now issued notices to the foreign ministry and the attorney-general of Pakistan, regarding the move to ban YouTube.

Recently, Pakistani authority has been able to ban a few platforms in the past. One such is PUBG, which has so far made things a little bit tense in the country. Apart from that, the country’s digital space is under close monitoring, through the Prevention of Electronic Crimes Act 2016. Also, the country was able to issue a warning to the Chinese popular app, TikTok.

In the past decade, Pakistan was able to ban a few social media platforms including YouTube in the country. In the case of YouTube, the country banned it in 2012 for thumping the growth of digital content. For now, it’s still unclear, whether or not the Pakistan government will ban YouTube again.

How to Grow Your YouTube Channel and Get Many Organic Views