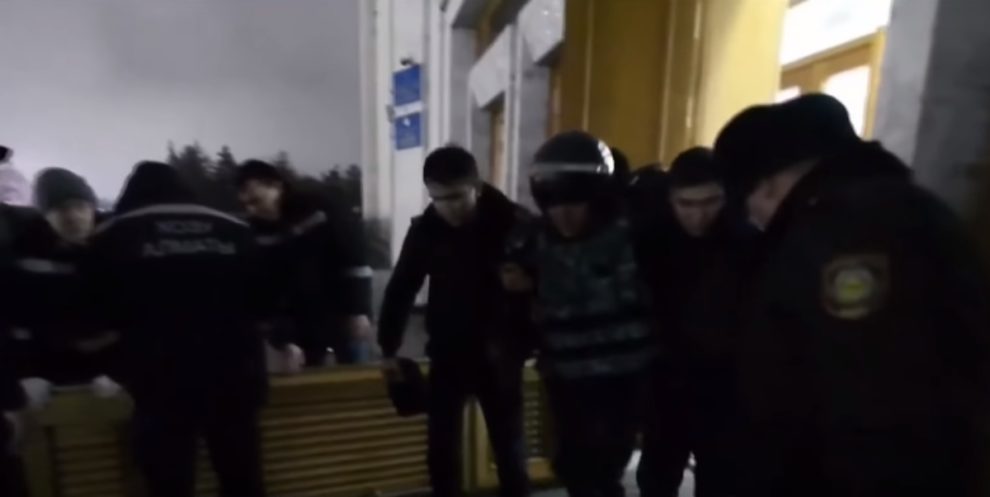 Russia’s Interfax and RIA Novosti news agencies also cited the ministry as saying that 2,298 people had so far been detained after protests over fuel price hikes escalated into direct clashes with officers Wednesday.

Demonstrations spread across the Central Asian nation in outrage over a price increase on liquid petroleum gas (LPG), which is widely used to fuel cars in the west of the country.

Thousands took to the streets in the country’s largest city Almaty and in the western province of Mangystau, saying the price rise was unfair given Kazakhstan’s vast energy reserves.

“The most difficult situation remains in Almaty, where armed men seized and partially destroyed a number of the premises of state bodies, financial organisations, television companies and trade facilities,” Kazakhstan’s interior ministry said in a statement carried by the Russian news agencies.

In western provinces, several sections of highways and one railroad had been blocked, it said.

“Patrolling by squads of police and the National Guard has been intensified in the regions, (and) roadblocks have been set up,” the ministry said.

“Criminals are being identified and detained or eliminated in the event of armed resistance to lawful demands to lay down their weapons.”