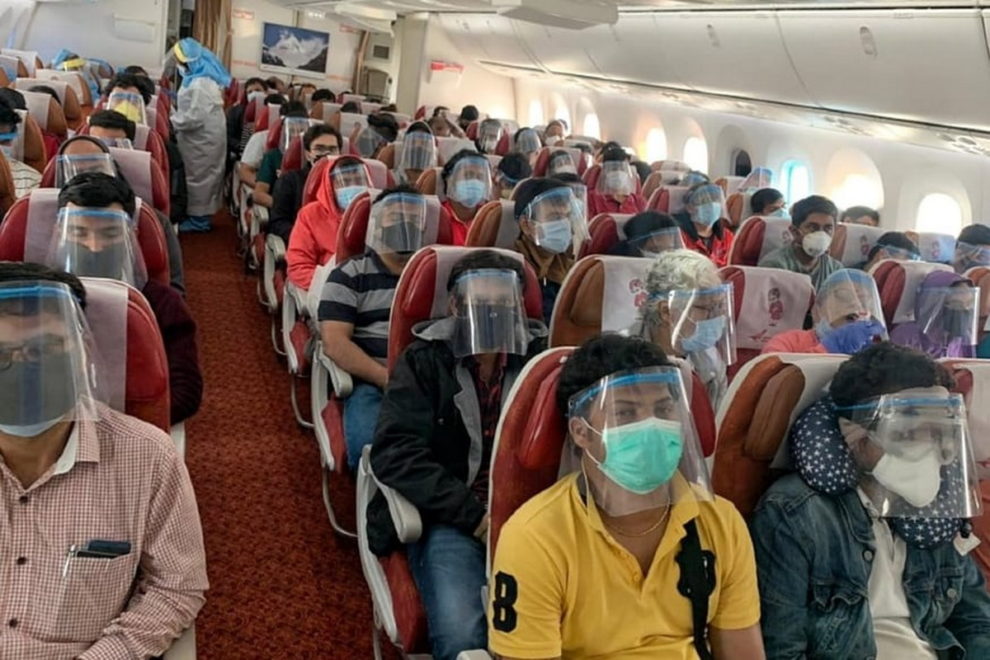 Experts are investigating how 52 passengers on a flight from Delhi to Hong Kong tested positive for COVID-19 upon arrival, despite all of them testing negative prior to boarding.

Experts are baffled by the mysterious spread of COVID-19 on a flight from India, as many countries consider prohibiting flights from the virus-ravaged country.

They had all tested negative prior to the flight, as Hong Kong only allows entry to those who have a negative pre-flight test from a reputable lab within 72 hours of departure.

According to the Wall Street Journal, six passengers were denied boarding because the standard of their test results was not up to par.

“We’re shocked by this,” the company’s director Poonam Nanda told the Journal.

“This one flight appears to be an astonishing outlier and we are all confounded by these numbers.”

A female included in the list of 52 passengers, who tested positive for COVID, told what she thought

Passenger Rashida Fathima, who was on the flight with her husband and two children, told WSJ that she thought she caught the virus on the plane despite wearing a face mask for the majority of the six-hour flight.

She stated that some passengers coughed during the flight and that many removed their masks to eat prepackaged meals, which was permitted.

Vistara stated that it ensures “strict compliance with all guidelines issued by Indian as well as destination country authorities for all flights.”

All flights from India have now been suspended in Hong Kong until at least May 3. As the spread of COVID-19 in India accelerates, Australian authorities are considering a similar move today.

With experts believing that air travel is reasonably safe, health experts have proposed a number of possible explanations for why 52 passengers tested positive after the flight, including the transmission of a more virulent strain of the virus.

Scientists from the University of Hong Kong are sequencing genomes from the passenger cluster as part of their investigation into whether they were infected on board.

According to experts, passengers could have become infected in India between the time they returned a negative test and boarded the flight, and the results could have been false negatives.

They are also investigating whether the passengers became infected in quarantine hotels in Hong Kong rather than on the plane.

According to airport administration, the possibility of the disease being transmitted to each other in a Hong Kong hotel cannot be ruled out, and the coronavirus could also have been transmitted to passengers via filters in the onboard ventilation system.

Experts are still investigating how dozens of passengers on a flight from Delhi tested positive for COVID-19 upon arrival, despite all of them testing negative before boarding.