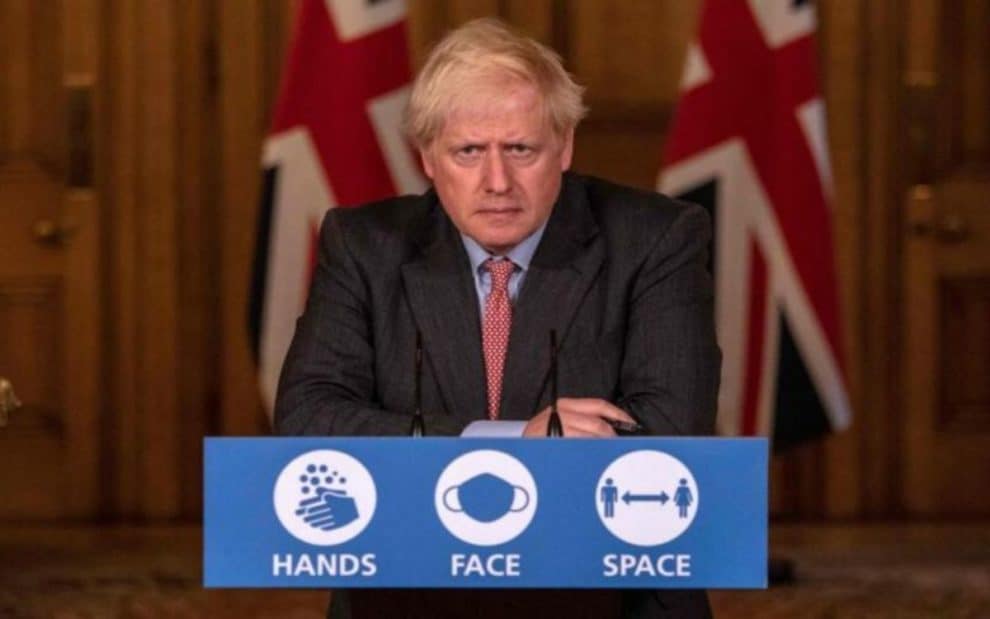 2020, we thought, was bad enough. Little did we know it could get much worse. The coronavirus pandemic in Britain has escalated to a level we would have shuddered at back in March last year. The statistics are through the roof: over 1000 COVID deaths a day in the UK, and almost 60,000 new cases daily. It’s being said ‘complacency’ has set in, and we’re paying the price for it. There is pandemic fatigue; people are tired of endless social distancing, tired of lockdown, tired of this abnormal existence.

Professor Chris Whitty, who has advised the government throughout the pandemic, and has been seen flanking Boris Johnson during press conferences, issued a stark warning at the weekend. Writing in The Sunday Times, Whitty (a modest man not known for exaggeration) warns that the NHS risks being overwhelmed in the next fortnight if people do not adhere to the lockdown rules. He says hospitals face the ‘worst crisis in living memory’ and ‘the most dangerous situation’ anyone could remember. He writes ‘Hospitals won’t have room to take redirected emergency cases…staff-to-patient ratios, which are already stretched, will become unacceptable even in places like intensive care. There will be avoidable deaths.’

The architect of the first lockdown in Britain, Professor Neil Fergusson has made the bleak prediction that the number of Covid patients in hospitals – 26,500 at present – is set to rise by another 20%. He says it will be ‘difficult to avoid another 20,000 deaths’. These are numbers that were not even contemplated at the outset of the pandemic. Britain already has the highest death toll in Europe to Covid, the nation was still recovering from the shock of the first wave last year. Both economically and psychologically weakened, the country was completely unprepared for this second wave.

All the evidence pointed to the fact that there would be another wave in the winter, as scientists warned that, like the flu virus, coronavirus cases would multiply at that time of year. What was unexpected of course, was this new mutant strain of the virus, which emerged in London.  This variant, which is more reportedly up to 70% more transmissible than the previous strain, has spread through Britain’s capital like wildfire, and now reached the length and breadth of the country. And it appeared just at a time when people had indeed become complacent about the disease. With news of a Covid vaccine on the way, shoppers poured on to the streets of UK cities in the run up to Christmas, forgetting there was a pandemic happening at all. Having spoken to friends living in London, I hear that social distancing has all but been forgotten, and that many people have continued to socialise as they did before.

What Professor Whitty is trying to hit home, is that every individual who meets friends and family unnecessarily is a ‘link in the chain’ that threatens the most vulnerable in society. But getting the British population to think about the big picture, about society as a whole, is easier said than done. Unlike China, for example, which has shown just how effective a collectivist mindset is in battling something on the scale of a pandemic, western nations are traditionally individualist, and struggle to implement the widespread collaboration needed for such a great effort. It’s difficult enough in the UK to even persuade the population that a pandemic is taking place: there continues to be a sizeable number of people who deny that it is taking place at all, the so-called ‘Covid deniers’. Taking to Twitter, these ‘freedom fighters’ have taken to social media to spread one conspiracy theory after another regarding the pandemic. Some say it’s all about governments wanting to curtail our freedoms and the whole thing is a hoax. Recently, such conspiracy theorists were arrested protesting outside hospitals where they were arguing that reports of medical staff being overwhelmed were a lie. Pictures of empty hospital corridors were posted on social media in a bid to persuade people that the situation is being widely exaggerated.

Prime Minister Boris Johnson has told such people to ‘grow up’. But perhaps a stronger stance from the government is needed. Such disinformation is harmful and leads to doubt being cast over what is becoming a critical situation in the country. This, together, with the air of complacency over Covid, is creating a potentially catastrophic situation for the UK in its battle against Covid.  Perhaps it’s time to introduce a more strict system of penalties for those who leave their house without good reason. The vaccination programme has begun – with approval of three separate vaccines now – Pfizer, AstraZeneca and Moderna – but at the moment people are simply not being immunised fast enough. Boris Johnson has got used to winning of late, in elections and with Brexit, but this may be one race he is set to lose…