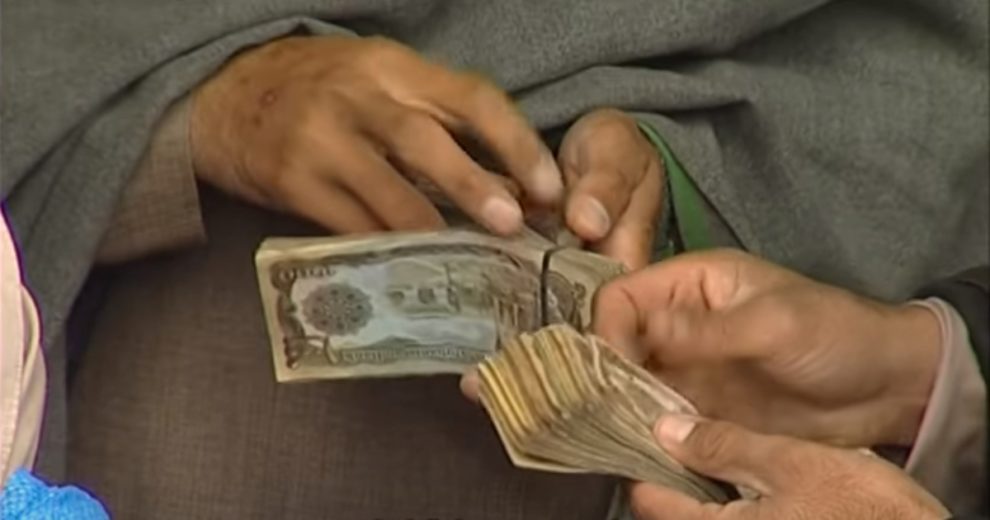 The US dollar has fallen in value against the afghani, Afghanistan’s national currency, from 130 afghani two days ago to 95 afghani on Thursday.

According to the government-run Bakhtar News Agency, officials of Sara-i-Shahzada, Afghanistan’s largest money changers market, the value of a dollar has dropped from 130 afghani to 102 afghani following a joint meeting of government officials and money changers with Da Afghanistan Bank (DAB), the country’s central bank, on Wednesday.

Food and non-food prices have also decreased, with a bag of 55 kg of flour selling for 2,400 afghani on Thursday, down from 3,200 afghani on Tuesday.

Each 16 kg of cooking oil now costs 2,800 afghani, each 7 kg of sugar costs 460 afghani, and prices for other edibles are also falling.

In addition, 1 kg of liquid gas costs 88 afghani, a litre of petrol costs 84 afghani, and a litre of diesel costs 75 afghani.

The rise in the US dollar against the Afghani is reportedly due to a shortage of the greenback, which is in high demand in the market.

All pictures of women will be removed from billboards at shops, business centres: Kabul municipality