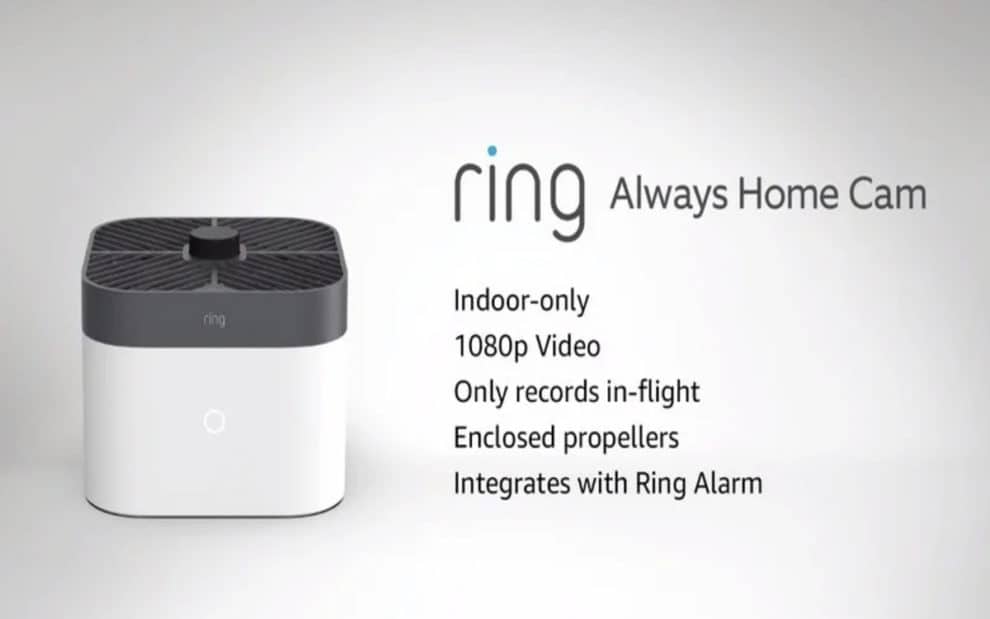 Amazon’s smart home security division Ring has launched a flying camera. This camera launches when the sensors detect a potential break-in at the premises. The Amazon flying Ring security camera drone is specifically designed to activate when the residents are not at home. The camera works indoors and is limited to one floor in a building. The sensors will send a smartphone alert to the owners, asking them to see the footage.

Amazon is not calling this latest device a drone, but for all intents and purposes, it functions as a drone. The camera device is designed to follow a path that the owner sets by carrying it around the house. The camera has a battery life of around five minutes. The camera is designed to make short trips of around one minute each.

The device is likely to spark fresh privacy concerns about the brand. “The Always Home Cam is an incredibly ambitious device that will seem like something from a science fiction movie for many consumers,” commented Ben Wood from the consultancy CCS Insight.

Amazon’s flying Ring security camera drone is likely to attract the attention of tech enthusiasts.”I expect it to generate a huge amount of interest from technology enthusiasts who are typically the people who embrace smart home technology first. However, it is also likely to provoke a huge discussion around privacy and the future role of technology in the home. It only reports when it’s in motion, and when it’s not in motion it actually sits in a dock where it’s physically blocked from even being able to report,” explained Leila Rouhi, president of Ring.

Leila Rouhi assured the audience that Amazon prioritizes privacy above everything else. Amazon announced on Thursday that the device will be called “Ring Always Home Cam” and will cost $250 when it launches in 2021. At launch, it will be limited to the US.

Ring’s business has attracted criticism in the past due to privacy concerns. Users did not enthusiastically buy these products because, in cases of a robbery, the users are often encouraged to share their recordings with the police. Users feel that this normalizes surveillance technologies and infringes on the privacy of their homes. The division claims its existing products including video doorbells, indoor video cameras, and smart alarm systems, have helped make neighborhoods safer. In today’s day and age, technology plays a huge role in making the environment safer.

Technologies like the Amazon flying Ring security camera drone help maintain safety and comfort. The owners can comfortably leave the house alone without fearing for a robbery. These camera devices designed by Amazon have often helped strengthen the law and order situation. Intruders fear that they will be captured on footage and they avoid carrying their business. The police are also able to track such criminals faster due to footage recorded by devices like Amazon flying Ring security camera drone.

Amazon is building a secret robot for your home