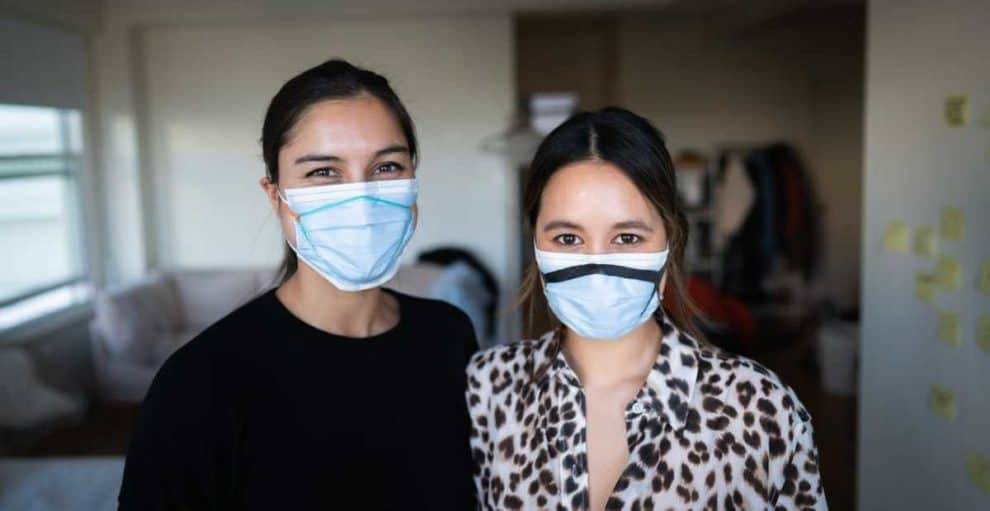 Admittedly, Apple always takes matters into its hands when it comes to its company and employees. Currently, Apple has plans to start shipping out its new face masks to its corporate and retail employees to curb the spread of coronavirus. One of them, called the Apple face mask, is the first-ever to be created in-house by the Cupertino-based giant tech company for its staff. Apart from that, the company also has another face mask, called ClearMask, which it sourced elsewhere.

According to the latest report by Bloomberg, Apple has two new face mask models, including the Apple Face Mask and the ClearMask. As for the Apple Face Mask, the company developed it in-house, specifically for its employees. On the other hand, the ClearMask was sourced out to another company. In case you don’t know, this isn’t the first time the company is manufacturing face masks. In the past, the company developed face shields for medical workers.

According to the report, the Apple Face Mask was designed by its Engineering and Industrial Design teams. These are the same group of people that work on the company’s hardware devices, including iPhones and iPad models. Also, the report mentioned that the face mask comes in three layers. The benefit of that is to help filter outgoing and incoming particles. Interestingly, users can wash the mask up to five times before disposing of, according to the company.

Furthermore, the Cupertino-based company confirmed that the face masks come with large coverings. Apart from that, they also come with strings, which users can always adjust to fit around their ears. As for the materials used for the face masks, Apple revealed that it was able to conduct careful research and test, before opting for the right one, to help filter air. So, people can rest assured that they won’t “disrupt the supply of medical personal protective equipment,” according to the report. In a couple of weeks, the company will start shipping the masks to its staff.

As mentioned earlier, Apple has two face masks. As for the second one, called ClearMask, it’s the first FDA-cleared transparent face mask. According to the company, the surgical face mask is perfect for people, as it helps to show the full face of its users. With that, even deaf people will find it very easy to understand what the wearer is saying. Well, that’s possible because Apple partnered with Gallaudet University, a Washington-based school that specializes in training deaf and hard-of-hearing students. Furthermore, the company has also been able to test the FDA-approved mask with a few of its employees in three Apple stores.