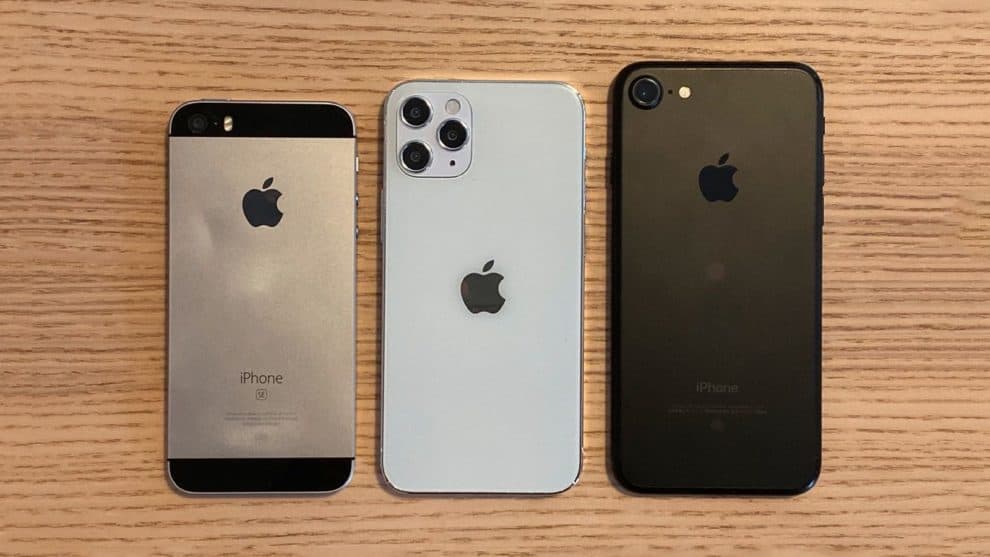 Recently, Apple held a virtual event, where it was able to launch two new wearables, the Apple Watch Series 6 and Watch SE. However, the company was unable to say anything regarding the release date of its 2020 flagships, the iPhone 12. According to speculations, the new iPhone 12 models will likely launch in October. Furthermore, we expect the iPhone 12 series to come in four variants, including a 5.4-inch model, two 6.1-inch models, and a 6.7-inch model. Although Apple is yet to confirm their names, a new leak seems to have a name for each of them. According to the latest leak, a popular Twitter user mentioned that the 5.4-inch model will be called iPhone 12 mini.

According to the latest report, the famous Twitter leaker @l0vetodream has now confirmed the names of the upcoming iPhone 12 series, expected to come in four different models. In the past, we’ve heard several rumors pointing towards the same direction, regarding the names of the upcoming devices. However, owing to the fact that @l0vetodream has been consistent in the past year, this leak has not attracted a lot of attention on the internet.

Speaking of the new leak, @l0vetodream has just taken to his official Twitter account to reveal the names of the upcoming iPhone 12 models. The leaker confirmed that the least expensive 5.4-inch model will launch with the name ‘iPhone 12 mini’. Also, he revealed that the two models, which feature the 6.1-inch displays, will launch as ‘iPhone 12’ and ‘iPhone 12 Pro’. Furthermore, the leaker also said the 6.7-inch model will be called ‘iPhone 12 Pro Max’. Let’s have a quick look at the list of names for the iPhone 12, as confirmed by the leaker below:

The screen sizes and the number of cameras will likely be the major differentiating factors of the upcoming series. Apart from that, we expect the new iPhone models to come with some similar specs. For instance, they’ll feature OLED displays and come powered by A14 chips. Also, they’ll support the 5G network and feature more RAM.

We’re already getting closer to the release of the devices. As such, we’ll have to wait until then to confirm whether ‘iPhone 12 mini’ will truly be the name for the 5.4-inch model.