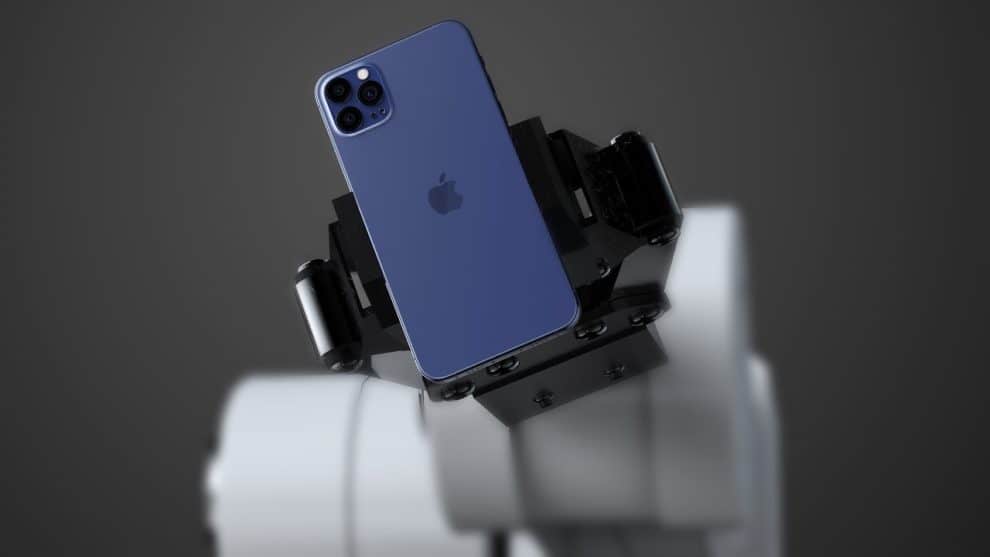 The upcoming iPhone 12 series is definitely one of the most talked-about smartphones in 2020. So far, we’ve heard a lot of rumors about the devices. First, we expect the series to come in four variants, according to several leaks. These include a 5.4-inch model, two 6.1-inch models, and a 6.7-inch model. Also, we’ve heard in the past that one of the iPhone 12 devices will be available in Navy Blue color. Well, according to the latest report, it claims that an iPhone 12 will come in a new dark blue color.

According to the unreliable Taiwanese publication DigiTimes, one of the next-gen iPhone 12 will come in a dark blue color. If that is anything to go by, it means this will be the first time Apple will introduce the color. Furthermore, the report also added that there’ll be some improvements in the camera and display specs of the upcoming devices.

“In addition to adding a dark blue model, for the first time, into the iPhone family products, Apple also brings a number of specification upgrades to new iPhones, including camera modules, displays, and communications modules.”

For now, we are still unsure of the iPhone 12 model that will feature the new color. That’s because the news platform didn’t specify in the report. However, going by what leaker Max Weinbach predicted back in January, we think the device is likely to be the Pro variant. According to the popular tipster, one of the upcoming iPhone 12 will launch with a new navy blue color. Furthermore, Weinbach added that the new finish will replace the Midnight Green that came with the iPhone 11 Pro model.

The report by DigiTimes, regarding the new iPhone 12’s dark blue color was published yesterday. And it’s a part of a large piece that claimed there’ll be a reduction in the global shipments of Apple’s iPhone 12 devices.

According to the report, the global shipment of the next-gen iPhone devices will likely reach 63-68 million in the second half of 2020. If that’s anything to go by, then it means there’ll be a reduction of about 5 million units, when you compare to the value shipped in 2019 for the iPhone 11 line. Certainly, there are lots of factors that could cause that to happen. However, according to what we believe, the primary suspect is the impact of the ongoing coronavirus pandemic.