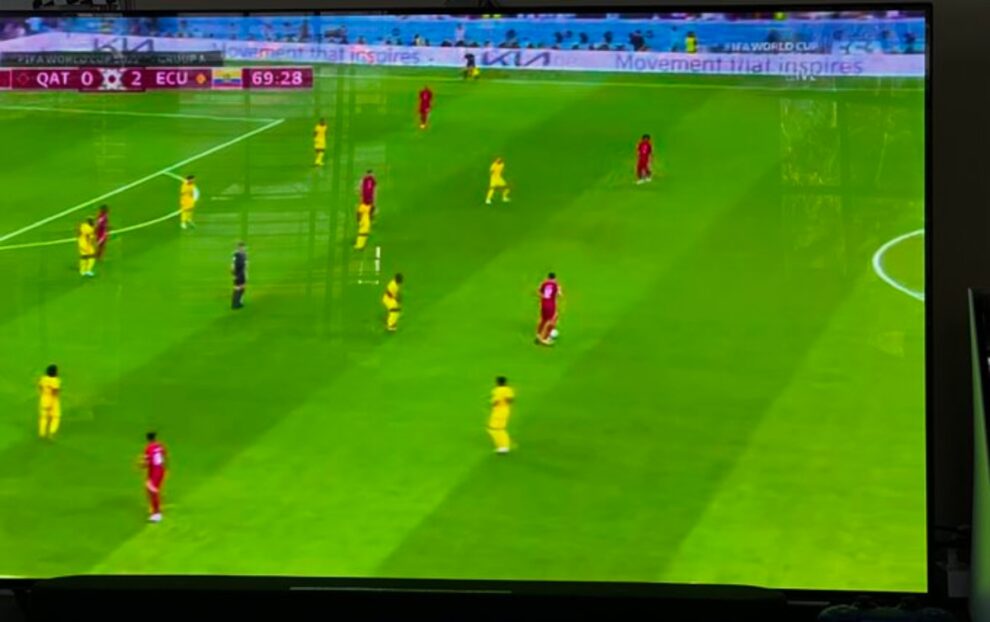 Many Apple TV users are complaining that they see a blurry stream of the FIFA World Cup on the Fox Sports channel.

Apps from all popular services, including Netflix, Disney Plus, Hulu, Amazon Prime, and others, are supported on Apple TV.

It also has the ability to stream 4K HDR video. However, it appears that some users are experiencing difficulty viewing specific 4K videos.

Many affected Apple TV users have taken to social media to report their issues. 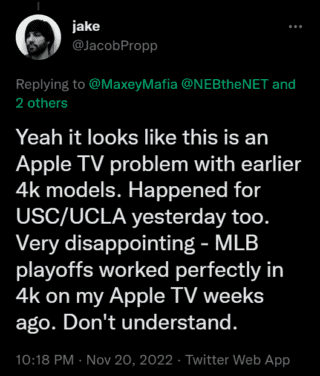 “@FOXSports please have the 4k stream issue on Apple TV fixed before tomorrow. I would really love for it to be working for the England and USA matches,” a user posted.

Another person posted: “@FS1 @FOXSports seems like your 4k broadcast it’s awful on Apple tv and Android Tv’s the only decent video it’s on the Roku premiere 4k.”

According to reports, the problem appears to be limited to previous models of Apple TV, notably 1st-generation, and causes the video to appear excessively blurry.

Even though the Fox Sports channel offers 4K resolutions and HDR, the game is still being streamed at 480p, which isn’t too great in 2022.

Pretty sure @FOXSports is not in 4K 🧐🧐🧐 but at least I get to watch Qatar lose. pic.twitter.com/p3KDsoSY9k

The fact that the first-generation Apple TV lacks the codec required for 4K live playback could be the cause of the low visual quality. However, this does not explain why certain 4K versions are also impacted.

Possible workarounds for the issue

Apple has not officially responded to the persisting issue yet. However, there are some workarounds that you can try as a temporary fix.

“Go to your AppleTV setting and downgrade to 1080. It’s not 4K but it’s watchable,” a user suggested.

A user stated that FOX Sports is essentially upscaling 1080p video to 4k resolution rather than providing a native 4k stream. This could explain why streams are blurred.

Fox Sports support team has also affected users to try some troubleshooting steps to fix the issue with their channel.