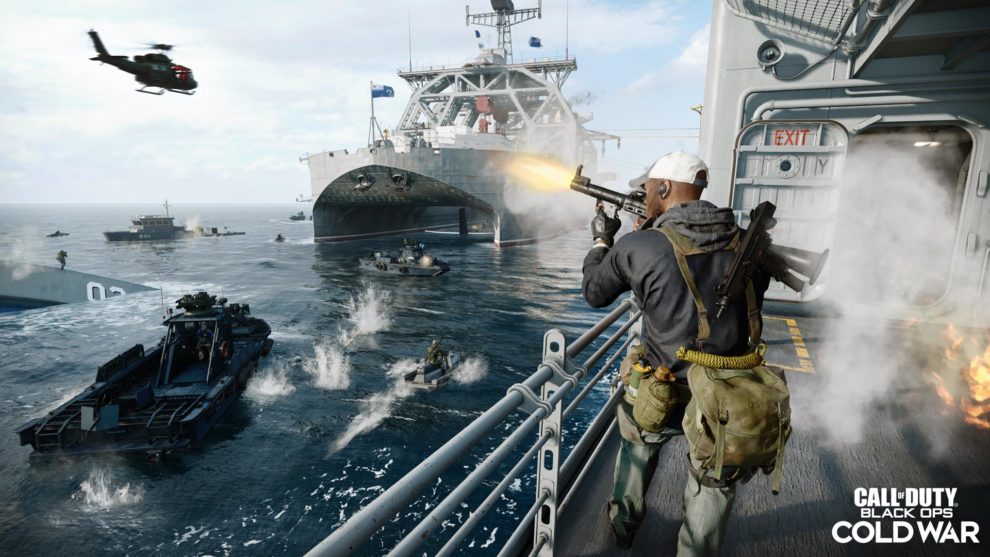 The Black Ops Cold War, the sixth installment of the Black Ops series, is the upcoming first-person shooter video game developed by Treyarch and Raven Software. So far, players of the game have been asking for a particular feature, called the field of view (FOV) slider, to be added to the game. Well, according to the latest report, it seems Treyarch has now added the feature to the beta version of the game. In this post, we’ll be talking about the new FOV slider on the Black Ops Cold War, including the best setting to opt for.

According to the latest report, the Black Ops Cold War beta will begin this weekend. Interestingly, Treyarch has now added a new feature, which will surely excite many players, to the game. In a blog post published yesterday on the company’s official website, the developer highlighted new ways for players to play in the beta. Furthermore, Treyarch revealed that the long-requested FOV Slider will now be available for players to try out in the coming beta update. In case you don’t know, the field of view (FOV) enables players to expand their peripheral vision. By having a wider FOV, players will be able to have a better view of the game. Also, the developer mentioned that the feature is coming to all platforms, including PC and the console.

Here’s a brief of what the company said regarding the new feature below:

“We’re extremely excited to bring the Field of View (FOV) slider feature to all platforms for the first time in a Black Ops game, and you’ll be able to try it out during the Beta. This is another way we’re optimizing Black Ops Cold War for a globally connected, cross-play experience, and the team is dedicated to providing the best performance possible for this feature across all platforms at launch. Give it a shot this weekend and see which setting feels right for you.”

According to Treyarch, the beta update of the Black Ops Cold War will be available this weekend, and users can try out the new FOV slider and see the settings that best suit them. In case you’re wondering how to try out the new feature, you need to stop worrying about that. Here’s how to choose the best FOV settings for the Black Ops Cold War game below.

To try the new Black Ops Cold War FOV feature and select the best setting, all you need is to follow a few straightforward steps. First, you’ll need to go to the game menu option. From there, locate and click on display to adjust the setting the way you like it.

Let’s face it, there is really no best FOV setting for the Black Ops Cold War game. That’s because all players have different screen preferences that work for them. However, in case you’re one of those that really want to try out the new field of view, here’s is your best time to try it out. You can increase the number as you want until you get what suits your taste.

However, it’s worth noting that having too large FOV while playing the game could result in you having too much on your screen. Also, for PC players, while choosing the best FOV setting for Black Ops Cold War, you need to keep in mind that choosing FOVs higher than around 95 could prevent the “aim assist” on the controller from working. That said, the popular FOV choices for most players, during Modern Warfare/Warzone, include 90, 100, and 110. As such, choosing a FOV setting between 90 – 110 will likely be the best choice for you while playing the Black Ops Cold War.