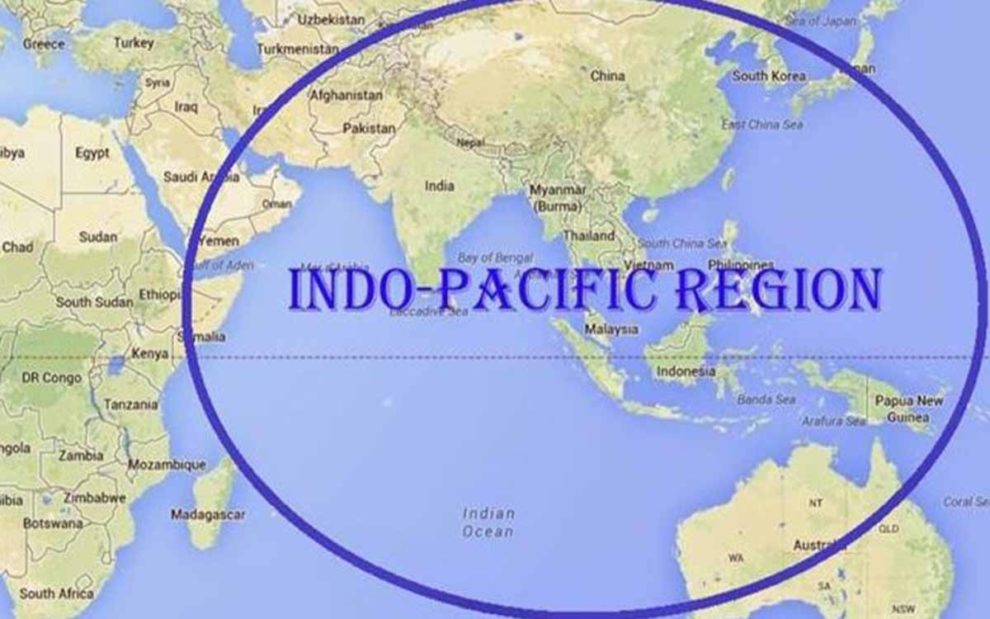 India’s cooperation with North Korea could have a complex role in the power dynamics in the Indo-Pacific geopolitical chessboard.

A South Korean official was shot dead in North Korea (DPRK) after crossing the maritime border, on September 21. North Korean leader Kim Jong Un has apologized for the incident in a letter sent on Friday (25). This incident took place amid growing tensions on the Korean peninsula.

On Thursday (24), the Japanese new Prime Minister, Yoshihide Suga, urged South Korean President Moon Jae-in to further cooperate with Japan and the US to counter any North Korean threat. Japan and South Korea are close neighbors and both are traditional US allies – and yet South Korean-Japanese relations have never been very good and they have in fact been deteriorating over trade feuds. However, in face of some recent developments, there might be room for strengthening Japanese-South Korean ties.

Earlier, on September 16, North Korean state media “DPRK Today” condemned South Korea for its recent defense budget increase, calling it a “military provocation”. Pyongyang, in its turn, is to conduct an underwater-launched ballistic missile test soon. Some analysts speculate that the DPRK might in fact test it before Oct. 10th, the anniversary of the founding of its Workers Party.

North Korea is not Tokyo’s only concern, though. Japan, after all, did present a new missile defence plan on September, 11 which has the potential to give the Japanese military the ability to strike targets in China and North Korea. This would be a major change in Japan’s security stance, which currently is exclusively defensive. Japan is certainly troubled by Chinese military activity around the disputed Senkaku/Diaoyu islands in the East China sea as well as by Beijing’s acquisition of advanced rockets – for example, DF-17 missiles designed to be hard to be intercepted.

Tensions have also been escalating in South Asia, due to Indian-Chinese growing rivalry including border standoffs. Indian-Japanese increasingly close ties must actually be understood in this context also – as part of their joint strategy to counter China. India and Japan both have concerns over their own borders with China.

It is a complex equation and in such scenario, North Korea is yet another important player that needs to be taken into consideration.

If India has indeed demonstrated to be ready to take offensive actions on the border against China (North Korean closest ally), it has, on the other hand, maintained very good relations with Pyongyang itself. Non-alignment, after all, is traditionally a defining feature of Indian foreign policy. Since the Cold War period, the DPRK and India agree on a number of issues involving South-South cooperation and often support each other on issue of bilateral interests. Both countries are known to maintain backchannel diplomatic communication.

Furthermore, India has been one of North Korea’s largest trade partners and also a major food aid provider. On July, for example, India handed medical assistance (worth $ 1 million) to the DPRK amid a shortage of medical supply crisis. The New Delhi envoy to Pyongyang also greeted Kim Jong Un handing him a congratulatory letter, on the occasion of the anniversary of the receiving of his “Marshall” title.

By maintaining good relations with Pyongyang, New Delhi is also sending a good-will message to Beijing.  It also signals to the international community that India is a world player and has a role in ensuring Asian security. New Delhi supports the reunification of the Koreas and has managed to maintain strategic relations with both countries – as well as with Japan. But will such relations develop further?

There are of course some challenges: India also has voiced its concern over North Korean nuclear tests and over reports indicating that Pakistan could be selling nuclear technology to Pyongyang. North Korean support to Pakistan on the Kashmir issue (a border region disputed by both India and Pakistan) is another source of concern for New Delhi. India certainly wants to draw North Korea closer to itself thus gaining leverage over China and Pakistan in order to counter Sino-Pakistani ties at its own border. In this way, India could also increase its soft power, projecting itself and its image as a neutral country thus reviving its Non-Alignment period leadership.

As for Korean reunification, China itself has an ambiguous stance toward it: officially, Beijing supports the unification of the Korean peninsula, while actually maintaining a “two Koreas” policy. For China the risks of such unification and its outcome, considering the potential for conflict might be greater than the benefits. As long as the DPRK exists and may pose a military threat to South Korea, Beijing can further play a series of diplomatic and economic strategies.

Chinese-North Korean relations have been deteriorating and a unified Korea closely allied with India could emerge as an economic-military power and thereby it could mean a rebalancing of Asia. China fears any such rebalancing as an opportunity for the US to “encircle” China.

South Korea belongs to the ASEAN+3 initiative and the possibility of unification attracts the attention of other ASEAN members, which are interested in the stability of the peninsula. With deteriorating Chinese-North Korean relations, ASEAN could be the best chance for the DPRK to overcome its current isolation. And India could have a vital role in it.

India, after all, played an often forgotten mediatory role during the Korean War – both South and North Korea in fact accepted the Indian-proposed resolution to put an end to the conflict. Perhaps India could once again play the role of a mediator, thus enhancing its role in the Indo-Pacific Region (IPR) and further pushing its own view of the IPR.

There is a new geopolitical Great Game going on in Asia, involving Indian-Japanese competition with China which, in its turn, is building up its naval power in an almost Mahanian fashion. And the Korean peninsula is part of such game. In a way, it is all about which vision of the IPR will prevail. The possible scenarios remain quite unpredictable, but Indian-North Korean relations, in the long term, have the potential to reshape the Indo-Pacific.

Contributed By Uriel Araujo, a researcher with a focus on international and ethnic conflicts