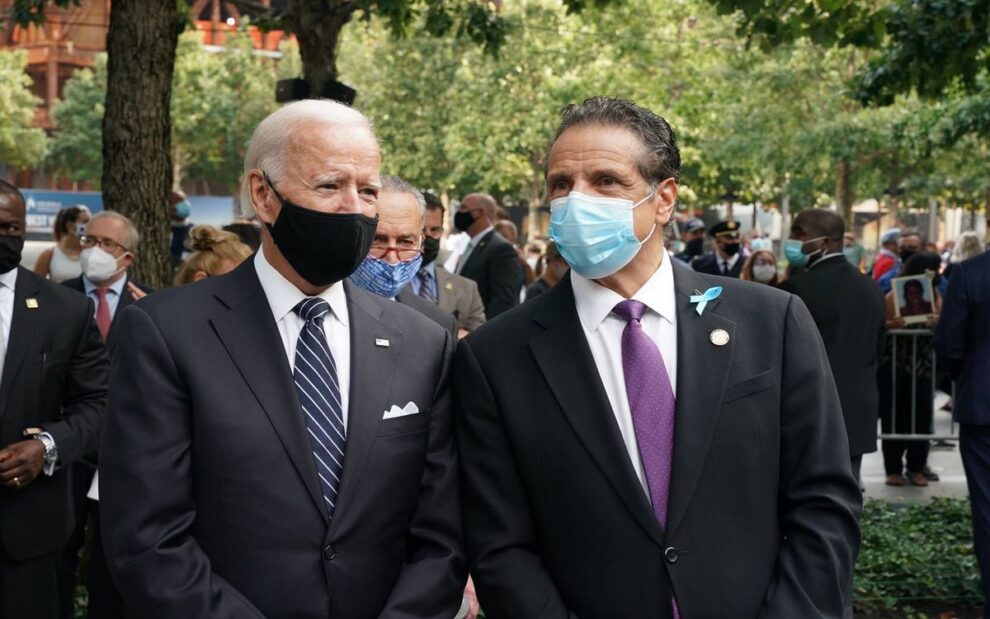 Joe Biden has been president for more than 50 days and has yet to hold a press conference, will not address a joint session of congress and every time he holds an event, staff shoes him away before the press can ask him a question. In his last event Biden forgot the name of Defense Secretary Lloyd Austin and the cabinet department he runs, ‘I want to thank the… uhmmm… the former General, I keep calling him General.. my, uhh…. The guy who runs that outfit over there. I want to make sure we thank the Secretary for all he’s done.’ Very often if first lady Doctor Jill Biden is not sitting next to the president during his appearances, Vice President Kamala Harris will lurk in the background; most appropriately.

In Joe Biden’s America the Establishment thinks it’s perfectly normal for Woke Scolds to find deep seeded, intractable racism in half century old cartoons and children’s books. This week the Woke cancelled Pepe le Pew, an amorous cartoon skunk, and Dr. Suess, a beloved children’s book series that teaches kindness, tolerance and care for the environment. As this observer wrote last summer, Cancel Culture would never stop with Confederate Statues and The Washington Redskins. One wonders what the Woke will cancel next week.

The right is finally fighting back in the culture wars, hilariously so. This week an anonymous Tik-Toker invented a sexual identity, Super Straight. As currently defined by the Urban Dictionary, a Super Straight person is, ‘A male or female who only dates or find the opposite sex attractive only if they were biologically born that gender.’ Think about it. The Super Straight movement even has its own flag, the male and female symbols interlocked upon a field of black and orange.  The Woke are enraged, of course.

Also, conservatives have coined the term Blue Anon. This is a lose consortium of media, celebrities, pundits and other Democrats who believe President Trump colluded with Russia, Justice Brett Kavanaugh was a member of a 1980s era Georgetown Prep satanic sex ring, and an army of QAnon madmen makes ready to descend upon Washington D.C.

In Albany, Governor Andrew Cuomo, who was the media’s designated non-Trump Covid star last spring, is in trouble. Last week the state legislature voted to rescind the Emmy Award winner’s emergency powers.  This week two more women have bravely come forward after years (and decades) of silence and said Cuomo sexually harassed them  and generally acted in a way that would get most American men sent to their corporate Human Resources department in short order. Senate Democratic Majority Leader Andrea Stewart Cousins has called for Cuomo to resign, siting the sexual harassment allegations and the Cuomo administration’s culpability and cover up of Covid-19 related nursing home deaths. Fifty-five Democrat members of the state legislature have joined the call, as has New York City Mayor Bill de Blasio. Assembly Speaker Carl Heastie is talking about ‘potential paths forward’ and announced a committee would be launching an ‘impeachment inquiry’. Adding to Cuomo’s woes is a new report from the Albany Times Union detailing shoddy and dangerous craftsmanship on the new Hudson River span, the Governor Mario M. Cuomo Bridge.  ‘Broken bolts: Structural problems on the Gov. Mario M. Cuomo Bridge were covered up,’ says the paper’s headline.

With the Democrats doing every they can get him to resign before being removed, it is increasingly unlikely that Cuomo will be able to remain in the Governor’s mansion. But even if he survives multiple scandals, this observer predicts he won’t run for governor again in 2022. State Attorney General Letitia James, currently investigating Cuomo’s sex-scandal and his handling of the nursing home debacle, will run instead. She’s played the Cuomo situation brilliantly. Were she to win the Governor’s mansion in 2022, James would be a Democrat frontrunner in 2028.

Meanwhile the battle for the GOP turns into a rout. This week Trump sent cease and desist letters to various Republican Party fundraising entities using his name and likeness. The former president wants to retain those for his own efforts. Trump pledges to campaign and fundraise for MAGA candidates in 2022. Half a dozen Republicans senators will not be running for reelection next year. They’re a dull lot, political lifers for the most part. The most interesting is Pennsylvania’s Pat Toomey, a tax and budget policy specialist first elected during the Tea Party era in 2010. Today’s GOP base, the Deplorables, aren’t interested in budget sequesters and top marginal tax rates and wonders why they should want to help out Woke corporate America anyway. They’re canceling the GOP Establishment.