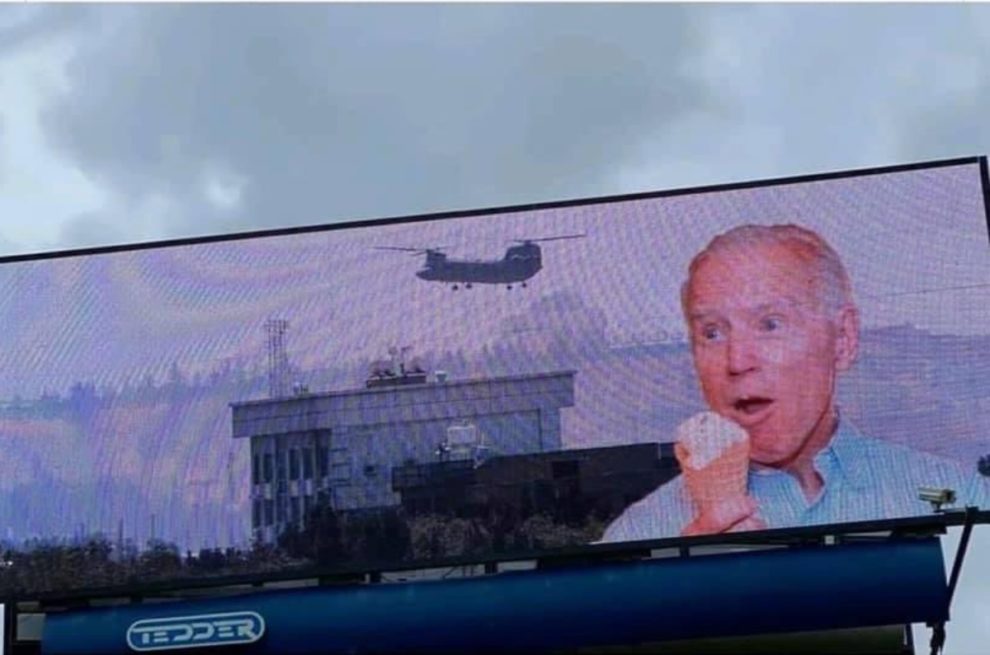 A billboard in Wilmington, North Carolina, was used to mock President Biden for the botched withdrawal from Afghanistan, which allowed the Taliban to take control of the country and stranded thousands of Americans behind terrorist lines.

Wilmington, NC drivers got a surprise this week. – OutKick

The president’s images rotated with other photos on the electronic roadside display.

One of the images depicted President Biden eating an ice cream cone while a US Chinook helicopter evacuated the US embassy in Afghanistan in the background. The other is the well-known Michael Scott-style image of Biden peering through window blinds.

A Digital Billboard in Wilmington, NC on Racine and Eastwood Ave. 😂😂 pic.twitter.com/oNVwdNtr3n

Fact-checkers drove out to see the billboard to ensure its authenticity. The images on the billboard were real. Watch one of the videos taken in Wilmington, North Carolina below.

Video of the billboard showing images of Biden in Wilmington, North Carolina

The president has come under fire for his handling of the troop withdrawal, which has resulted in Afghanistan falling to the Taliban and American citizens trapped in the country scrambling to find their way home.

Thousands of American civilians are still trapped in Afghanistan, waiting to be evacuated.