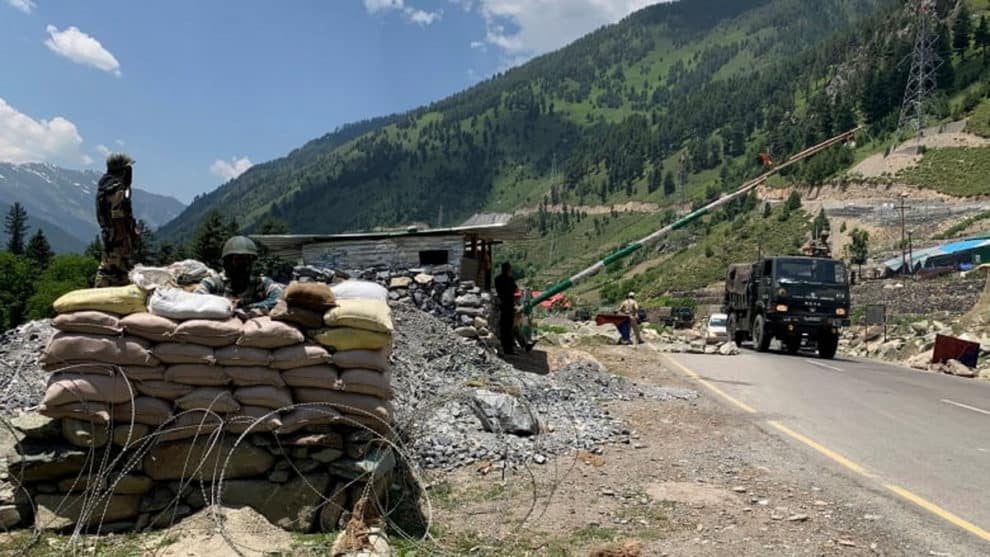 According to the latest developments, Lobsang Sangay, the President Of Central Tibet Administration in exile has warned India of China’s strategy, called the Five Fingers of Tibet. Sangay claimed Beijing’s recent actions at the Line of Actual Control follows the strategy laid down by Mao Zedong.

In this article, we’ll be sharing with you everything we know about China’s Five Fingers of Tibet strategy.

What Is China’s Five Fingers Of Tibet Strategy

According to reports, China’s claim of sovereignty over the disputed territory in Ladakh, a claim which it didn’t make directly decades ago, has prompted Lobsang Sangay to issue a warning to India.

While speaking with CNN-News18 in an exclusive interview, Sangay mentioned that China’s recent actions at LAC are part of the Five Fingers of Tibet strategy.

Here’s a brief of what Sangay said in the interview:

“India should learn from what happened to Tibet. When Tibet was occupied, Mao Zedong and other Chinese leaders said, ‘Tibet is the palm which we must occupy, then we will go after the five fingers’. One of the fingers is Ladakh. The other four are Nepal, Bhutan, Sikkim, and Arunachal Pradesh.”

In 1959, China’s forces were sent to capture Tibet or the right palm. At that time, no country across the world was able to rise against the action, except India. However, the protest wasn’t enough to stop China’s action.

Shortly after the incident, India was able to accommodate the Dalai Lama, the spiritual master, and the ruler of Tibet. And ever since then, the Tibetans have remained refugees in India up till today.

Let’s break it down, so we can have a quick look at China’s Five Fingers of Tibet strategy.

According to China’s Five Fingers of Tibet strategy, as explained by Dharmendra Dubey of spotnews18, the first finger is Sikkim.

History has it that Sikkim merged with India in 1975. During the time, China showed a lot of effort to make the merging unsuccessful, but nothing positive came out of it for them. Since then, the state has become an integral part of India. However, that didn’t stop the Chinese forces from trying to maintain mobilization along the border of the state.

During the Indo-China war in 1962, the Chinese troops were able to deeply penetrate into the area called Arunachal Pradesh. After the war, China occupied a large part of the area and has since considered the region as its own.

Nepal is the third finger on China’s Five Fingers of Tibet strategy. During the 90s, China occupied a larger area of Nepal. And due to fear of the Chinese troops, the country wrote to India for military assistance against China.

After a few decades of helping Nepal, India is now considered by the communist government of Nepal as its energy.

Bhutan is the fourth finger on China’s Five Fingers of Tibet strategy. Bhutan happens to be a very calm and peaceful country, which is close to the Eastern part of India. For now, China hasn’t yet occupied the small country.

A lot of times, China has tried to offer help to Bhutan, but the small country always rejects them. Now, there are claims that China has a strong interest in capturing Bhutan and turning a larger part of the region to its own.

Ladakh, the disputed territory where China and India are having faceoff, is the fifth finger on China’s Five Fingers of Tibet strategy. According to Dubey, Aksai Chin was once a territory owned by India, but now China has acquired it.

After many trials to intrude the Galwan Valley proved very difficult, China has now started to claim openly that the region doesn’t belong to India.

Now, Sangay is warning the Indian government that it should be wary of the Chinese action at the LAC.

“Unless you know what happened in Tibet you will not fully understand the Chinese leadership mindset, their strategy. So they have the palm, now they are coming after the five fingers, ” says Sangay.

During the exclusive interview with CNN-News18, there’s a question of why Dalai Lama has been silent about the border intrusion issues. Here’s what Sangay replied:

“He already separated church and the state, hence it is my responsibility to speak about Tibet and political and administrative matters. Hence I am here condemning the violence and warning India and neighboring countries that what happened to Tibet can happen to you.”