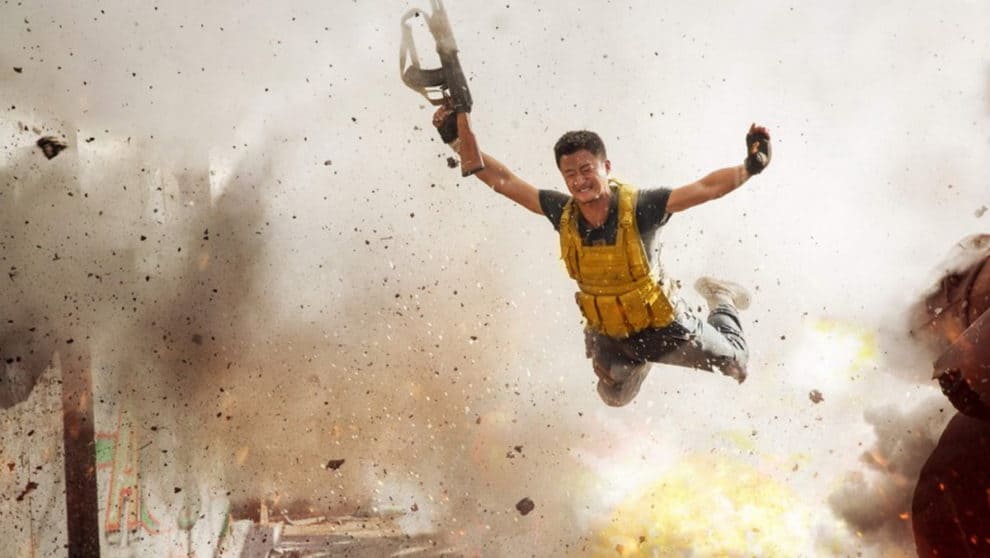 There’s a new brand of diplomacy that Beijing, China is embracing and the chief architects have been tagged with a fierce nickname – Wolf Warrior. That’s given to them because of their aggressive styles of dealing with foreign policies. So far, Wolf Warrior has become a widely used phrase in most of the Chinese state-run media. Apart from that, it’s clear since last month that its advocates have the full support of the country’s diplomat.

According to Foreign Minister Wang Yi, China is ready to go back against any intentional insults. That, Yi mentioned when he was speaking in a press conference in Beijing, China.

Furthermore, the Foreign minister mentioned that the action is not because they have a fight with any country, rather it’s a sign that China has principles and guts. Here’s a brief of what he said while responding to a question:

“We never pick a fight or bully others. But we have principles and guts. We will push back against any deliberate insult, resolutely defend our national honor and dignity, and we will refute all groundless slander with facts,”

In this article, we’ll be looking at everything about China wolf warrior diplomacy, including its origin.

Unlike the usual bland way that China utilizes to deal with most foreign policies in the past, the new brand of diplomacy, the wolf warrior is way different.

The Chinese diplomats have in the past earned a reputation as well-trained and cautious professionals. They go after their mission without having to replace courtesy with intimidation. However, in a way to counter the accusations by western countries that Coronavirus originates from China, a new crop of younger Beijing diplomats has chosen to do away with the long earned reputation.

The term “wolf warrior” was from one of the best selling series of patriotic action films. Released about 5 years ago, the movie features a Rambo-like protagonist, who fights and defends the Chinese interest, both at home and abroad.

The movie quickly turned to China’s best selling film in 2017, when it became a sequel with wolf warrior 2. The movie was based on a squad of China’s PLA soldiers, who went on a mission to Africa to rescue some of the country’s civilians.

Although China’s wolf warrior diplomats emerged a couple of years ago, it’s just becoming obvious – all thanks to the coronavirus pandemic.

So far, the new brand of diplomacy hasn’t only taken aggressive actions but also taken combative words on social media. Let’s have a quick look at a few of them:

Last year, Zhao Lijian, a counselor at the Chinese embassy in Pakistan, took to his Twitter account to hit back at the US for criticizing China.

According to Lijian, the United States has no right to criticize his country on human rights abuses. That’s because the US was also facing similar problems, including racism and gun violence.

Also, China’s ambassador to the United Kingdom Liu Xiaoming is popular to use Twitter for combative words. A couple of weeks back, he posted that “wolf warrior” is a misunderstanding of China’s foreign diplomacy. That happened when he was responding to a question from a state media.

Here’s a screenshot of what he posted below: 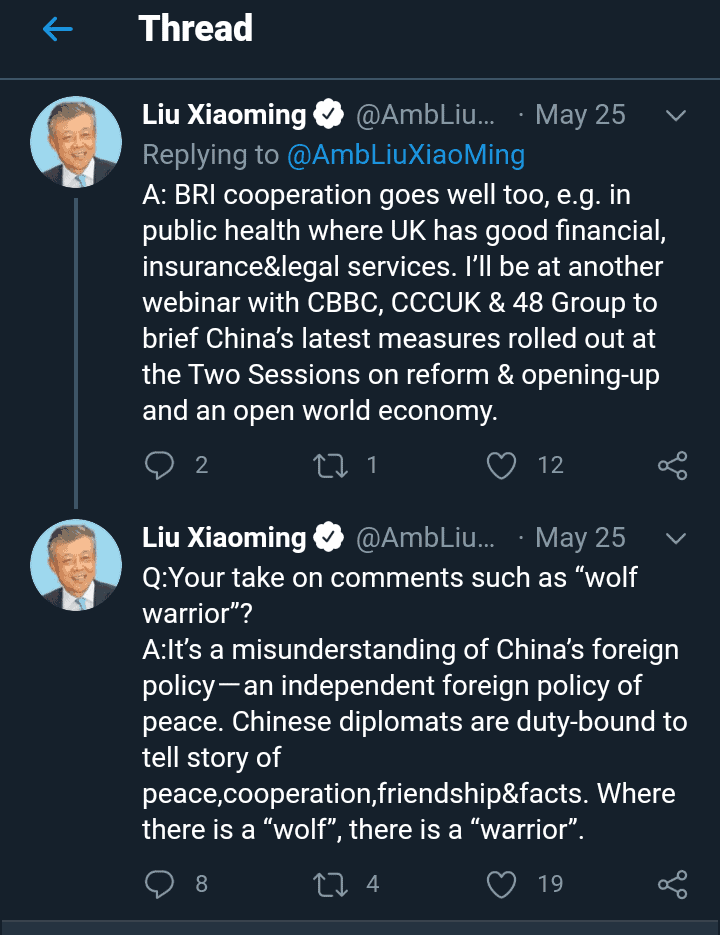 Hua Chunying, the director-general of the Foreign Ministry’s Department of Information is also one of the wolf warriors that utilizes social media for combative words.

“Some politicians ignore the basic facts and make up countless lies and conspiracy theories concerning China. The longer the list, the more it says about how low the rumor-mongers are willing to go and the more stains they will leave in history.”

So far, a lot of leaders across the world have advised that China should drop its wolf warrior diplomacy.

According to the former Australia Prime Minister, Malcolm Turnbull, China needs to drop the new diplomacy if it really wants to make friends and build global influence.