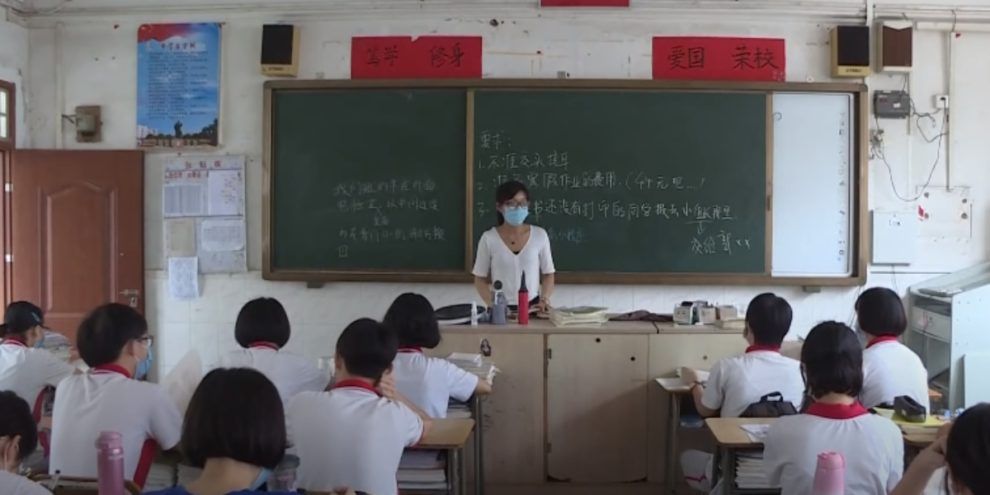 A Chinese city of nine million was ordered into lockdown on Friday and Shanghai shut its schools as authorities scrambled to halt a Covid-19 outbreak that has pushed nationwide cases to their highest levels in two years.

Changchun, the capital of northeastern Jilin province and an important industrial base, ordered residents to stay at home, allowing one person out every two days to buy “daily necessities”.

The city also halted all public transport, ordered schools and businesses shut and said it would institute mass testing.

China’s daily coronavirus case count soared past the 1,000 mark this week for the first time since the pandemic‘s early days in 2020.

That is up from fewer than 100 cases just three weeks ago as the highly transmissible Omicron variant challenges China’s zero-Covid approach to tackling the pandemic.

Covid-19 was first detected in China in late 2019 but the government has kept its case count extremely low by international standards with a combination of snap lockdowns, mass testing and largely closed borders.

There were 1,369 cases across more than a dozen provinces, according to Friday’s daily official count.

Jilin, which has reported hundreds of cases in recent days, is one of more than a dozen provinces facing upticks along with major cities like Beijing and Shanghai.

Shanghai on Friday ordered its schools to close and shift to online instruction for the foreseeable future after dozens of cases emerged in the eastern economic hub in recent days.

And as cases increased, the country’s National Health Commission announced Friday that they would introduce the use of rapid antigen tests.

The kits will now be available online or at pharmacies for clinics and ordinary citizens to buy for “self-test”, the health commission said, although nucleic acid tests will continue to be the main method of testing.

The government has invested much of its prestige in its ability to control Covid-19, and Friday’s measures appeared to pour cold water on hopes China would scrap its disruptive zero-tolerance approach anytime soon.

The drawbacks of a zero-Covid approach have been laid bare in Hong Kong, where mixed messages from the local government have fuelled hoarding of food supplies and public fears that people will be taken away to isolation.

Mainland China’s most recent major lockdown came in December when the city of Xi’an kept its 13 million people home for two weeks due to an outbreak.

But in the face of rising pandemic fatigue, top Chinese officials have in recent weeks urged local officials throughout the country to avoid such drastic steps.

As cases have climbed since late February, only relatively soft or highly targeted measures have been taken in affected areas.

In Shanghai, however, authorities have increasingly moved to quickly lock down individual schools, businesses, restaurants and malls over close-contact fears.

This has given rise to online images of students and teachers in the city confined for up to 48 hours on campuses, and patrons locked in restaurants or malls while awaiting testing.

Social media chat groups have buzzed with each temporarily shuttered mall, and long lines have appeared outside hospitals as people rush to obtain a negative Covid test.

“Every day I go to work, I don’t know if I can come home,” said one Shanghai social media user.

“Going to work is like ‘Squid Game’, there are fewer and fewer people,” the user added, referring to the South Korean television series depicting a series of life-or-death contests.

Some Shanghai museums will also be temporarily closed from Friday, the city government said.

Last week, a top Chinese scientist said the country should aim to co-exist with the virus, like other nations.