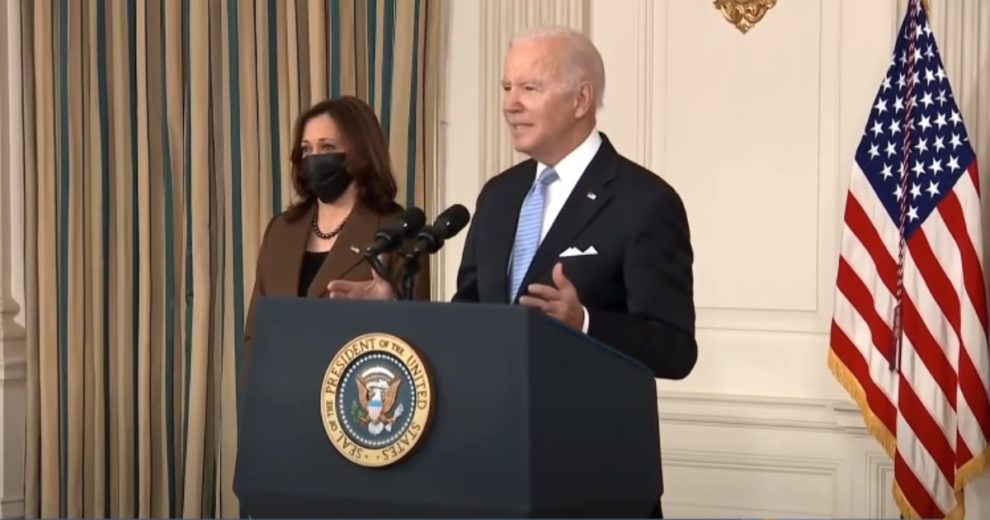 According to a new poll, nearly six in ten Americans believe President Joe Biden is not paying enough attention to the most pressing issues confronting the country, and a majority of them disapprove of the way he is handling his role as the country’s leader.

According to the CNN poll, 58% of respondents believe Biden has not paid enough attention to the most pressing issues, a result that is worse than 3 years ago when 56% of those polled said the same thing about then-President Donald Trump.

When asked what the most pressing issue facing the country is, 36% said the economy, and 72% said Biden hasn’t been paying attention to the right issues.

For the 20% who ranked the coronavirus pandemic as the top issue, 79% believe Biden has the right priorities, while 21% do not.

Even among Democrats and Democratic-leaning independents, 42% believe Biden has prioritised the wrong issues, compared to 17% who believe the pandemic is the most pressing issue.

Following the economy and the pandemic on the list of “most important issues” are immigration (14%), and climate change (11 per cent). The percentage of people who consider national security, racial injustice, and education to be top priorities is in the single digits.

Overall, 48% of adults approve of how Biden is handling his job as President, while 52% disapprove.

The proportion of people who strongly approve of Biden’s performance has dropped to 15%, down from 34% in April.

According to the new poll, 36% of respondents strongly disapprove of Biden’s handling of the presidency.

While opinions on Biden’s performance as president are sharply divided along party lines, the CNN poll found that Biden’s disapproval rating has risen among Democrats and Democratic-leaning independents.

Of those polled, 21% disapprove of Biden’s handling of the presidency. Last month, that figure was 17%.

CNN concluded that the drop in Biden’s approval ratings over the last few months was caused more by dissatisfaction among his original supporters than by an expansion of the group that was initially strongly opposed to his presidency.

The poll was conducted online from November 1 to 4 among a random national sample of 1,004 adults.

That timeframe indicated that the poll ended after Democrats suffered defeats in off-year elections on November 2 and before Congress passed the bipartisan infrastructure bill, which would have given Democrats a long-awaited and much-needed victory.

SURVEY: Confidence of Americans in military continues to fall after Afghanistan withdrawal