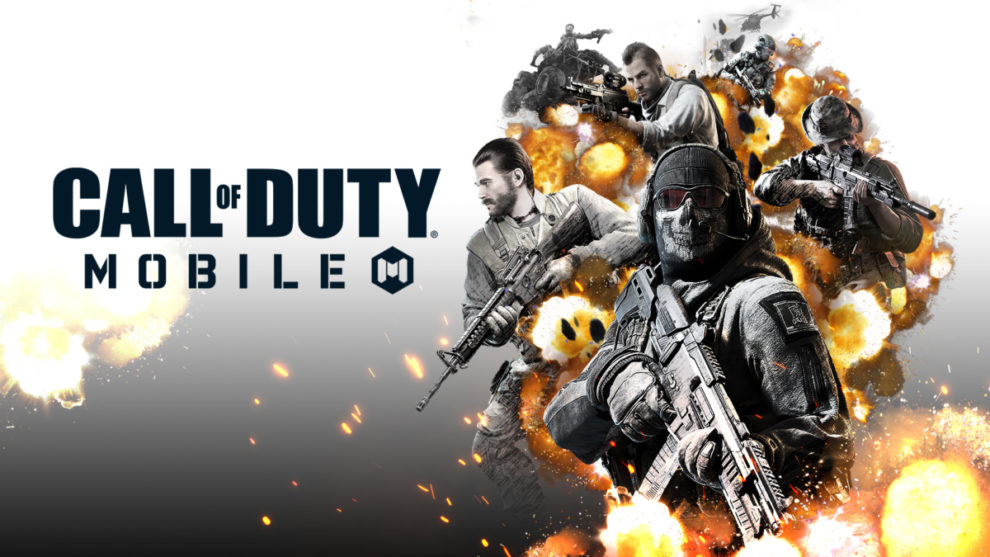 Currently many COD: Modern Warfare 2 players are experiencing issues with the game and getting 2 Dev errors 253 and 6036. Players report the game keeps crashing and displays bugs.

COD: Modern Warfare 2 was developed by Infinity Ward and published by Activision Studios. It is the sixth edition of the Call of Duty series.

Multiple PS5 players are experiencing issues with the game. These include data corruption and campaign mode availability problems. Players took their complaints to social media. 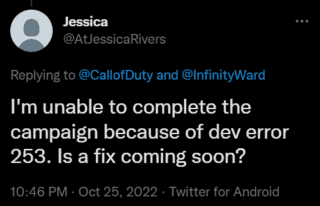 Some players even said they get the error while picking up a weapon in the game or approaching the pickup truck.

“Except for the fact the Campaign is filled with stupid bugs especially Dev Error 253 which occurs at the end of the mission Alone and prevents you from completing it. I paid £100 for this fucking game and can’t even play it, fucking dumb. FIX IT ASAP,” a player tweeted.

Many other players have also reported receiving dev errors like the 614 and 11153 that prevent them from loading the campaign successfully.

Troubleshooting techniques such as restarting the console and uninstalling and reinstalling the game did not work for many people.

Fortunately, Call of Duty Japan support has taken notice of the problem and confirmed they are looking into the issue. However, no ETA was provided. 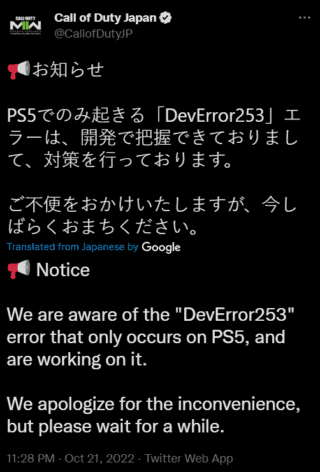 A potential workaround includes restarting the entire mission on the lowest difficulty available. 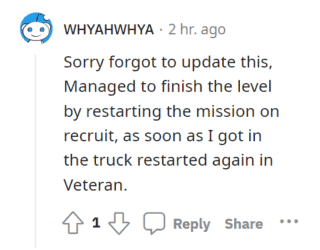 We hope this fixes the crashing issue for players.