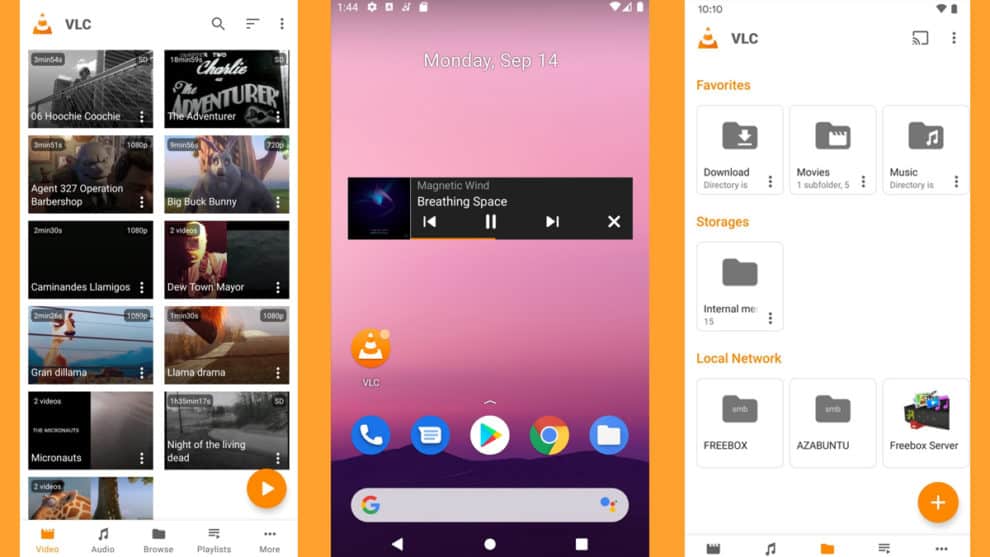 VLC, initially released on February 1, 2001, by VideoLAN, is an open-source, cross-platform multimedia player that plays virtually all media files, including DVDs, Audio CDs, DVDs. The company started updating the VLC software to version 3.3.0 beta in March. Speaking of the update, it came with lots of improvements and features. One of them is that it introduced a completely redesigned interface for the VLC player. Apart from that, it also came with improvements for gesture navigation. Well, according to the latest news, the stable version 3.3 of the VLC update is now available for Android users to download on PlayStore. If you’d like to get the new VLC 3.3 for Android, you can check below for its download link.

According to the latest update, VideoLAN has rolled out the stable version of VLC 3.3 update for Android users to download. The new update brings a host of improvements and features to Android devices. As mentioned earlier, one of the major highlights of the update is the improved user interface, which is in line with the Material Design specifications of Google. Also, the new UI comes with a bottom navigation bar, offering users quick and easy access to controls.

Furthermore, the new VLC 3.3 for Android also comes with a more optimized dark theme feature. Also, the app icon has also been improved to deliver a better user experience. If you download the new VLC 3.3 for Android, you’ll also notice that the audio player has been improved. It now shows the overall progress of the play queue. The new improvement also extends to the subtitle download option. As for that, you’ll now be able to synchronize the audio and subtitle tracks, using the new interface. The benefit of that is it’ll enable you to easily adjust the tracks to be able to play them in sync. The AB feature wasn’t also left out of the new update. It has now become very easy to use.

Before going ahead and sharing with you the download link of the new VLC 3.3 for Android, it’s worth knowing that the update also introduces some changes to the Android TV. Speaking of that, you can now display your browsing screens in the list form, instead of in grid format. The benefit of that is it’ll enable you to get a more compact view on your TV.

That said, you can now check for the download details of the new VLC 3.3 for Android below.