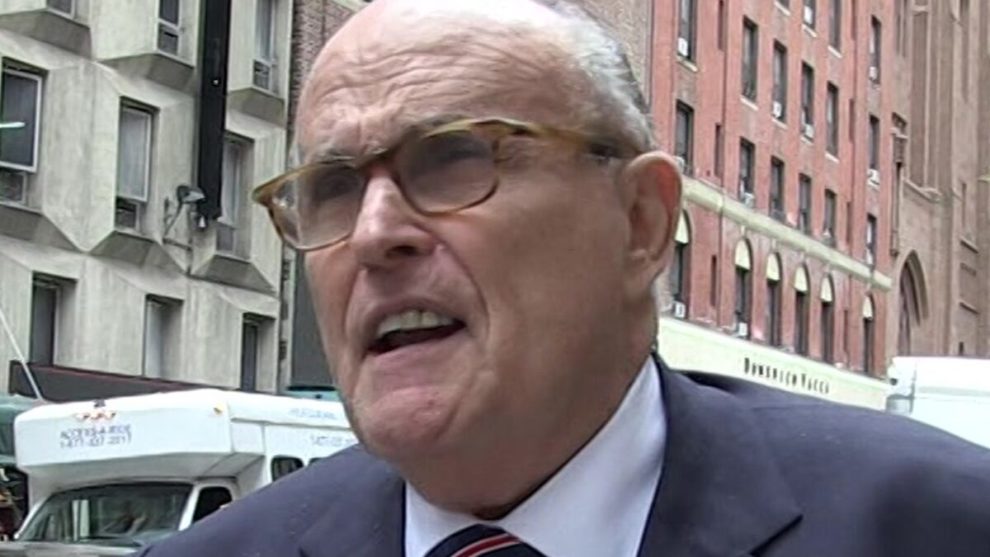 Michael Bromwich, a former inspector general for the Department of Justice, tweeted that the execution of a warrant at Giuliani’s home and the seizure of his electronic devices represents an extaordinary step in the probe.

“A judge had to conclude that there was probable cause that evidence of crime(s) would be found there,” tweeted Bromwich.

Michael Cohen, a former lawyer and “fixer” for Trump, also weighed in on the search warrant.

The federal case against Giuliani began with his trip to Ukraine in 2019, when he sought to unearth damaging information about President Joe Biden and his son, Hunter.

Giuliani reportedly saw Yovanovitch as an obstacle to efforts to try to help Trump win the 2020 election by attacking Biden with Ukrainian intelligence. Investigators have also examined whether Giuliani pushed Trump to oust the ambassador on behalf of Ukrainian officials. A prosecutor in Ukraine told Giuliani that he had damaging information about Yovanovitch.

If Giuliani discussed ousting Yovanovitch with Ukrainian officials for their own reasons, that could constitute a violation of the Foreign Agents Registration Act, or FARA, under which it is a federal crime to influence the U.S. government on behalf of a foreign official without disclosing the activity to the DOJ.

Under the Trump administration, federal agents were repeatedly blocked from obtaining warrants to search Giuliani’s home, office, and electronics.