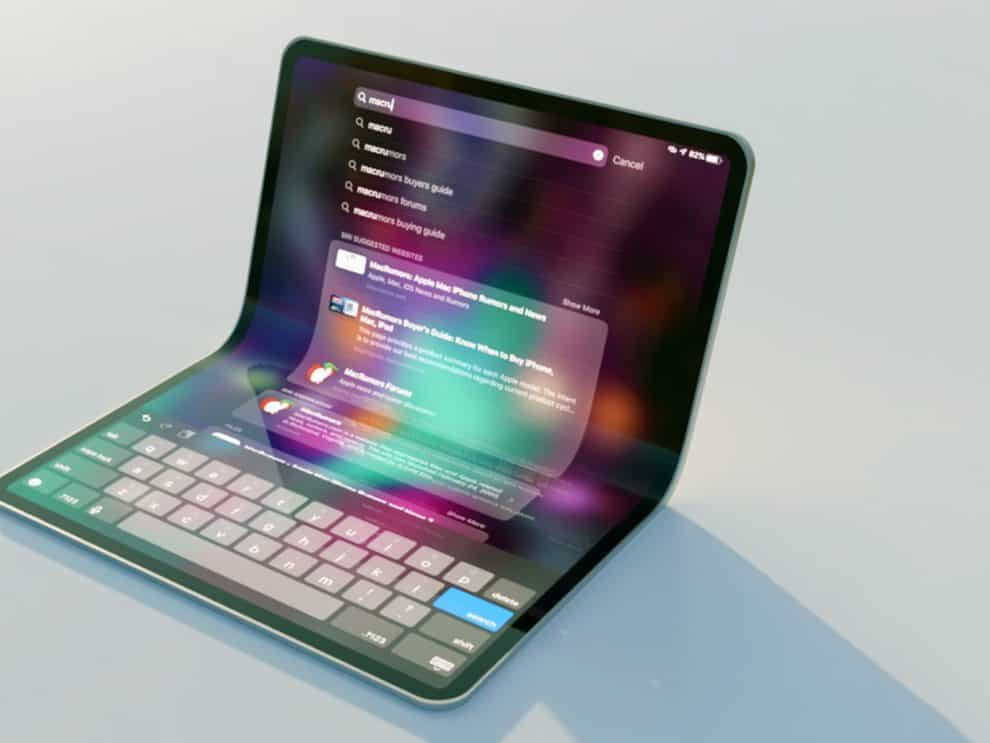 Surely, you’ll agree with us that foldable devices are the next big thing in the smartphone industry. Although a few manufacturers, like Samsung, have launched their own foldable devices, many OEMs, including Apple are yet to offer theirs. Earlier, in one of our posts, we mentioned that Apple is working on a unique foldable iPhone Prototype. Also, according to several reports online, foldable iPad devices are already in the works. While that’s a little bit hard to believe, a new leak has now revealed the release date and specs of the foldable iPad.

In case you’re interested in knowing about the rumored Apple foldable iPad, here’s everything revealed about it below.

According to a known tipster and Twitter user @komiya_kj, the Cupertino-based giant tech company has set the release date of its foldable iPad to be in 2023. That, Komiya was able to reveal in one of his tweets, on August 11.

Here’s a brief of what the tipster said about the iPad device below: 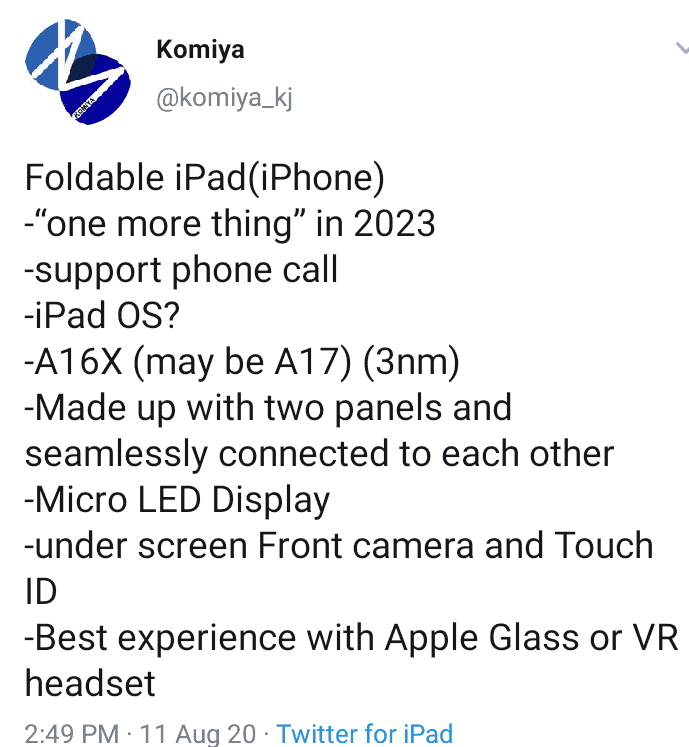 Specifications Of The Foldable Device

As you can see in the screenshot above, the release date of the device isn’t the only thing revealed. The tipster also revealed the specs of the foldable iPad device. So, talking about the specs, the tipster revealed that the foldable iPad device will come with a micro-Led display. Well, that could be true, considering that Apple has already started working on the new display for a while.

As for the processor of the iPad, it’ll come powered by a 3nm A-series chip, which could be A16X or A17, according to the tipster. With a 3nm chip, it means that the foldable device will come with more efficiency by 2023. Furthermore, Komiya mentioned that the device will offer the best experience for Apple Glass or VR headset users. Looking at the release date of the iPad, and the specifications revealed above, we might want to conclude that it’s too early to confirm the authenticity of the information.

As usual, we’ll update you as soon as we find more information regarding the iPad device. However, for now, it’s advisable that you take all the information above with a grain of salt.