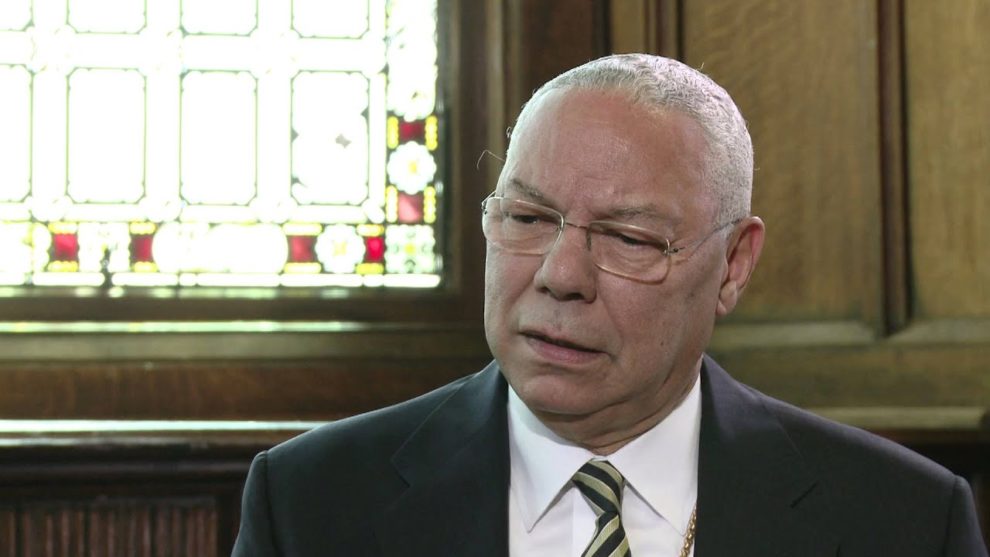 Colin Powell, who broke down racial barriers to become the United States‘ first African American Secretary of State, National Security Adviser, and top military officer, and was a one-time presidential candidate, died on Monday at the age of 84 from COVID-19-related complications despite having been vaccinated, according to his family. 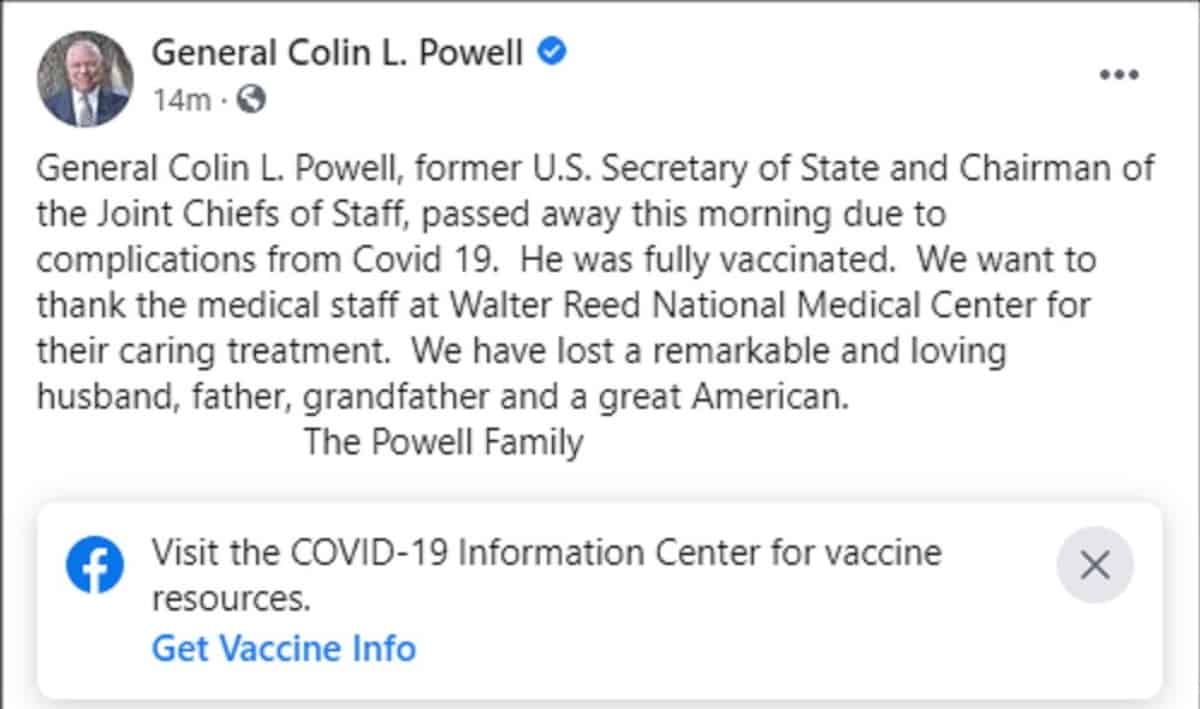 He demonstrated America’s opportunities for immigrant families as the son of Jamaican immigrants.

Growing up in New York City’s impoverished Harlem neighbourhood, he attended a local college and excelled in the Reserve Officers Training Corps (the equivalent of the NCC), leading to a distinguished army career that led him to the military’s highest position of Chairman of the Joint Chiefs of Staff.

During a trip to both India and Pakistan in 2003, he attempted to keep the situation in the subcontinent from spiralling out of control following a massive suicide attack in Srinagar by the Islamabad-backed Jaish-e-Mohammad.

In a tribute, George W. Bush, who appointed Powell as Secretary of State, said, “Many Presidents relied on General Powell’s counsel and experience.”

The African American leader’s career reached its pinnacle during the administrations of Republican Presidents.

During Richard Nixon’s presidency, he served as a White House Fellow.

In 1987, as the Cold War was coming to an end, Ronald Reagan appointed him National Security Adviser and asked him to help negotiate the transition as the Soviet Union disintegrated.

George H.W. Bush appointed him to the top position at the Pentagon.

As Chairman of the Joint Chiefs of Staff, he devised what became known as the “Powell Doctrine,” based on his observations of the US debacle in Vietnam.

But he was also aware of military power’s limitations, advising Bush against pushing on to Baghdad as many had hoped.

That lesson was lost on Bush’s son, who in 2003 invaded Iraq and plunged the US into an unwinnable war.

He left the military in 1993 due to disagreements with Democratic President Bill Clinton’s administration, including the US military role in the Balkans.

As the acknowledged hero of the Kuwait war, in which he led the US to a swift and decisive victory, there was a call for him to run for President as the Republican candidate against Clinton in 1996, but he declined, stating that he had no passion for politics and did not feel a “calling” to do so.

Powell was appointed Secretary of State by the younger Bush after his election.

Although Powell made his mark leading the United States and its allies to victory in Iraq in 1990, that country also marked his low point, as he has admitted.

As Secretary of State, he made a compelling case at the United Nations in 2003 for invading Iraq based on false intelligence, which he described in his autobiography as “one of my most momentous failures” and predicted would “earn a prominent paragraph in my obituary.”

The Iraq invasion under the younger Bush was, in fact, a defiance of the Powell Doctrine, for which the US paid a colossal price.

It cost the United States and the rest of the world a huge human toll that could total over a hundred thousand deaths in Iraq and its ramifications throughout the region, as well as a loss of more than a trillion dollars.

Powell endorsed President Joe Biden last year saying that he “will be a President we will all be proud to salute”.

Powell was described as “one of the greatest leaders that we have ever witnessed” by Defense Secretary Lloyd Austin, the first African American to hold the position.