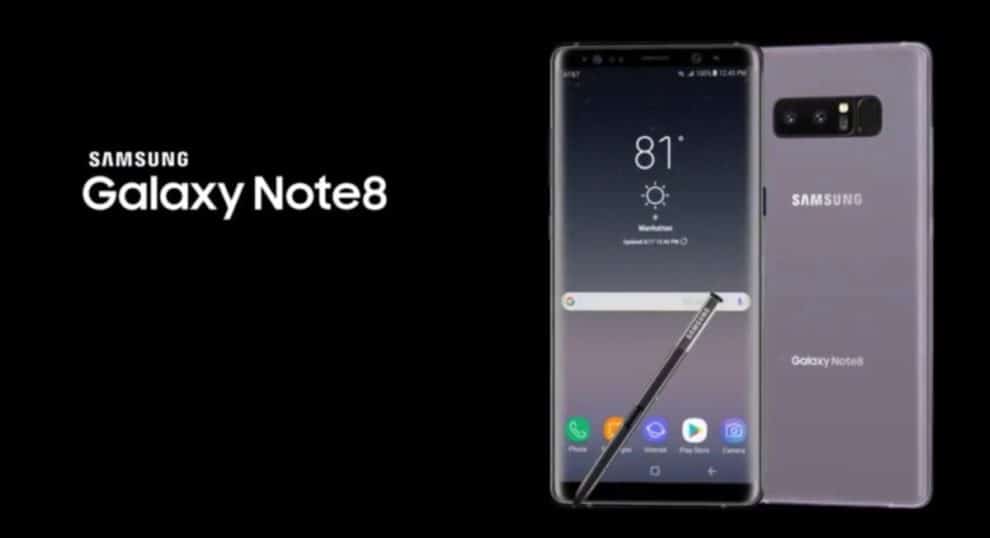 Samsung released the Galaxy Note 8 in 2017 and it came with lots of great features at that time. The device came out of the box, running on Android 7.1.1. Samsung has a transparent update policy, which gives its devices the opportunity to only receive two Android OS updates. In the case of the security update, the OEM guarantees up to three years for its devices. As for Note 8, the last software update for the device was Android 9 Pie, which it has since received. However, it’s still in its last year of receiving regular security updates. Recently, Samsung rolled out the July 2020 security patch to the device owners. According to several reports online, it looks as if the update brought a bug, causing the Galaxy Note 8 users to experience “No Network”, “No SIM card”, and “No IMEI” issues.

No SIM Card, No Network and No IMEI issues

Shortly after receiving the July 2020 security update for their devices, Galaxy Note 8 users have taken to various social media platforms, including Samsung Community, to report a bug, causing them to experience No SIM card error. According to some other users, they are battling with No IMEI number and network issues.

Here are some of the users’ complaints below:

According to a report on the company’s community, a Galaxy Note 8 user mentioned that he’s experiencing No Network and No IMEI issues. Furthermore, the user also mentioned that he’s unsure of how Samsung is going to fix the issue. That’s because he’s unable to open the device’s Software update tab. Have a look at the report below: 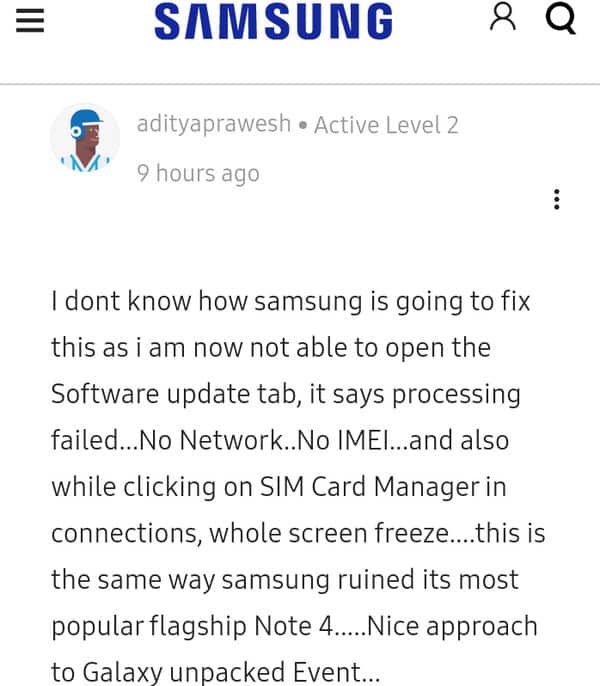 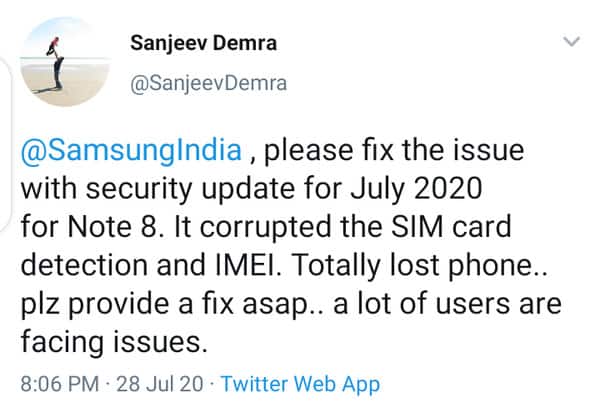 Looking at the reports so far, it seems the majority of the Galaxy Note 8 users are experiencing the “No SIM card”, “No Network”, and “No IMEI Number” issues.

Many of the users also claimed they tried a few basic troubleshooting steps, including Factory resetting. However, none of the steps helped to fix the error messages for them.

Samsung is yet to give any statement yet regarding the no Network, SIM card, and IMEI number issues being faced by the Galaxy Note 8 users. However, since a lot of users are affected by the issues, we’re hopeful that the giant tech company will find a fix to address them sooner than later. We’ll keep an eye on Samsung regarding any new development. As soon as anything worth sharing comes up, we’ll update you immediately.