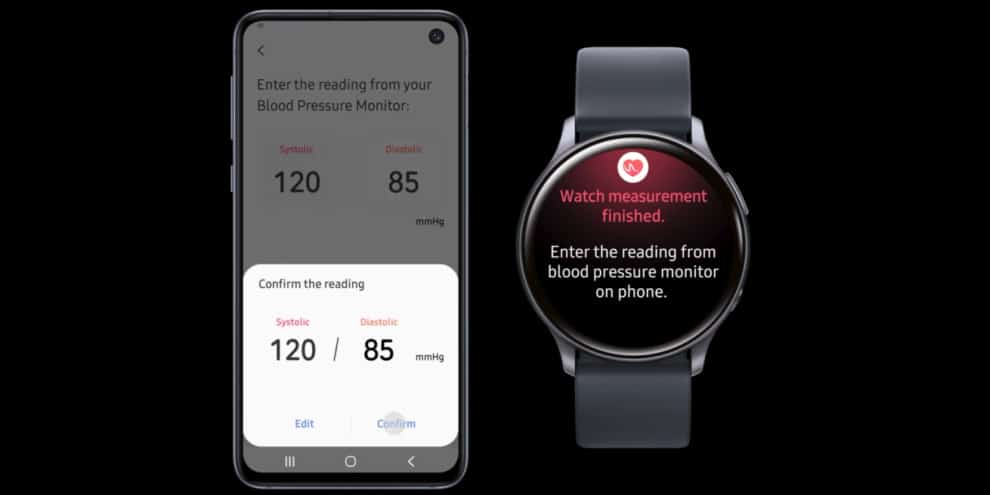 Last year, Samsung released the Galaxy Watch Active 2 with a couple of health-centric features, including heart rate monitoring and electrocardiogram (ECG), but it didn’t offer support for blood pressure monitoring.

Two months ago, the giant tech company announced that the blood pressure monitoring feature will be available on the Galaxy Watch Active 2. That came shortly after the South Korean drug safety agency approved that the device is capable of measuring blood pressure.

Today, Samsung has started rolling out the feature to the Galaxy Watch Active 2 devices in Korea. In addition, the company has also launched the Health Monitor app. For now, it’s only available on the Galaxy smartphones, running Android 7.0 or newer versions.

To enjoy the newly rolled out feature, users need to download the Samsung Health Monitor app on both their watch and the smartphone they are connecting to it. The app will be in the position to receive synced readings of the blood pressure, which users can always share with their reliable doctors.

The Galaxy Watch Active 2, which is currently receiving the blood pressure monitoring feature, comes in two different sizes, including 40mm and 44mm. They have a screen display of 1.2 inches and 1.4 inches, respectively. Also, they both feature an S-Amoled display, supporting 360 x 360 pixels resolution.

With this newly added feature, the device will be able to check more than 6 different health-related issues, including heart rate, ECG, sleep, stress, physical activity, and a few others.

Also, it’s worth noting that users must update their device to the latest firmware update before accessing the feature.

According to TaeJong Jay Yang, Samsung’s Head of Health team, the new Health Monitor app is only available for users in Korea. However, the company is already doing all it can to expand it for all future Galaxy Watch devices.

“The launch of the Samsung Health Monitor app demonstrates Samsung’s dedication to providing accessible and convenient healthcare for all by integrating advanced hardware and best-in-class software technology. We’re delighted that Galaxy Watch Active2 users in Korea can now access the new app and receive insights to help them manage their health. We look forward to expanding the app to all future Galaxy Watch products,” says Yang.