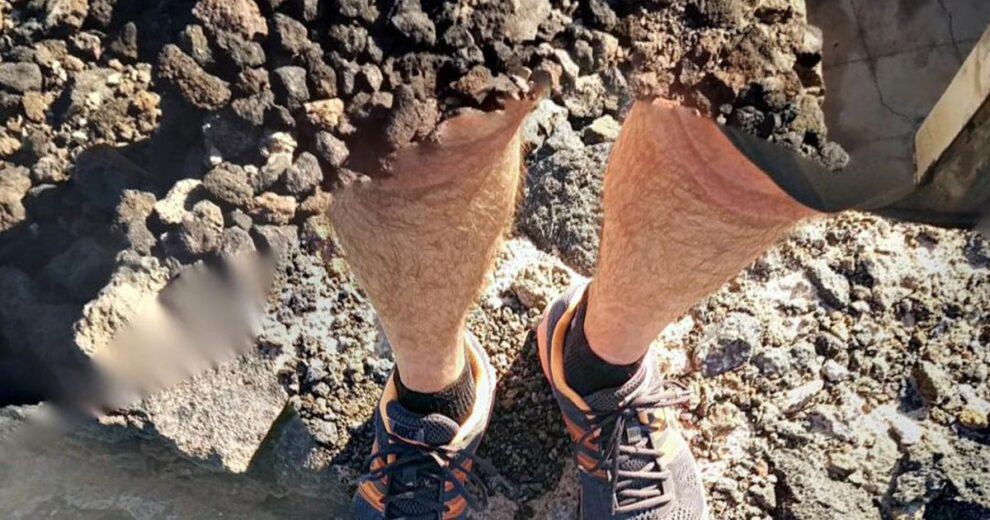 Google Maps users found a bizarre picture of a pair of legs sprouting from the tower on the Italian island of Pantelleria.

The picture captured at a national park on the island called Laghetto delle Ondine apparently shows the ruins of a tower before a pair of legs and shoes appear in the foreground. The limbs can be seen without a body and they are cut off around the knee. Several Google Maps users were baffled to see it and shared the image on Reddit to discuss the weird sight.

Pantelleria (Italian Isola di Pantelleria) is an Italian island in the Mediterranean Sea between Sicily and Tunisia. “There is really no feeling of anything remotely Italian on the island, despite the area being frequented by the most famous Italian names in the world,” wrote a world explorer, Jim Dobson. People usually know it as the Itlay’s “secret island”.

The island is not a perfect destination for beach-lovers as swimming is generally off rocks. Whereas, the island only has an inland beach which is created out of the mud.

He is wearing camo

The bizarre image prompted Reddit users to post funny comments. One user wrote: “I thought this was r/confusingperspective and spent way too long trying to figure it out.”

Another responded, “Mr. Stark, I don’t feel so good.”

One Reddit user joked that he was just looking at the tower when out of nowhere some hairy legs appeared out of nowhere. Another funny comment came from a user saying he’s wearing camo.

Although this is not the first time Google Maps users found some strange optical illusions on the site. A few days back a surprised Reddit user had apparently seen an alien mothership appearing from the clouds over an address in Ochopee, Florida. However, the supernatural creature spotted on the Google Streetview image was totally terrestrial.