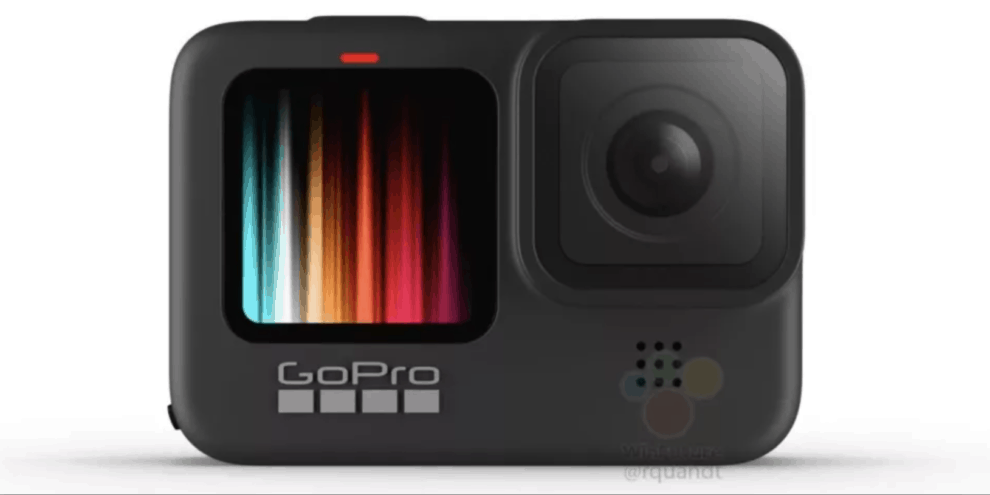 The much-awaited GoPro Hero 9 Black is just around the corner. The rumor mill has already spilled the beans on a bunch of features coming to GoPro’s next-gen action cam. Now a leak by WinFuture has revealed the packaging and specs of GoPro Hero 9 Black. WinFuture has a fairly reliable track record with leaks. If the report turns out to be true, it is going to be a worthy upgrade.

According to WinFuture, the Hero 9 Black will have a front-facing color screen for vlogging. The action cam would get a 20MP lens capable of recording 5K videos at 30 frames per second. Last year’s Hero 8 Black had a 12MP camera.

The upcoming camera will also be able to record slow-motion footage at up to 240 fps or 8x. It will also get voice control. The Hero 9 Black will be waterproof up to a depth of 33 feet. Another feature that WinFuture has confirmed is the TimeWarp 3.0. It will be an improvement over TimeWarp 2.0. There will also be a webcam mode and livestreaming in full HD resolution.

Another feature is the HyperSmooth 3.0 image stabilization, according to WinFuture. It will allow for smoother footage than previous models, like a gimbal. GoPro could integrate ReelSteady’s motion smoothing technology into Hero 9 Black. GoPro recently acquired ReelSteady.

The new GoPro camera will come in an environmentally friendly packaging. GoPro is ditching the usual cardboard and plastic box. The Hero 9 Black will come in a hardshell case that also works as the packaging. You could also keep your camera in it when not in use. The package will likely include a USB to USB-C cable, a battery, thumb crew, standard buckle mount, and the adhesive mount.

According to WinFuture, the Hero 9 Black will pack a huge 1720mAh battery. By comparison, the Hero 8 Black houses a 1220mAh battery. The additional 41% battery might not lead to a greater battery life, though. The front-facing color screen could consume a lot of battery power. Only time will tell what improvements in battery life it will bring.