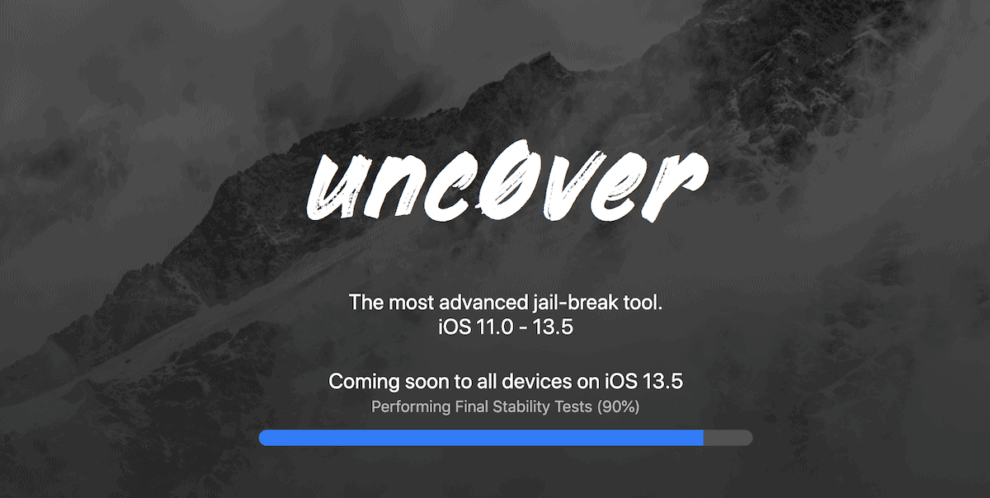 For getting iOS 13.5 jailbreak for all iPhones and iPads, head on over to the IPA download link over unc0ver.dev or you can get it directly from this link.

Unc0ver is semi-untethered and one of the best jailbreak tools you can find handy for your needs. It’s been more than 3 months since we’ve heard from its team – the last time being at the beginning of March. However, with the unc0ver team coming out yesterday with an announcement, something great is about to happen to all jailbreak users. As announced, iOS 13.5 jailbreak unc0ver 5.0.0 is coming soon. And it’ll work on all signed iOS versions, including the recently launched iOS 13.5.

iOS 13.5 jailbreak support for all iPhones and iPads via unc0ver 5.0.0

According to the news, which was posted on Twitter, the unc0ver team confirmed that the upcoming iOS 13.5 jailbreak will work for all signed iOS versions, all thanks to an unspecified 0day kernel exploit discovered by the developer Pwn20wnd.

Pwn20wnd is a hacker, and also a member of the unc0ver team. Talking of the jailbreak community, the developer has worked on several iOS jailbreak tools. These include the iOS 11.0 jailbreak, i0S 12.0 jailbreak, the upcoming iOS 13.5 jailbreak, and a few others.

“We are going to release #unc0ver 5.0.0 with support for every signed iOS version on every device using a 0day kernel vulnerability from
@Pwn20wnd in sponsorship with https://phonerebel.com very soon. Update your devices to 13.5 and follow our progress on https://unc0ver.dev.” 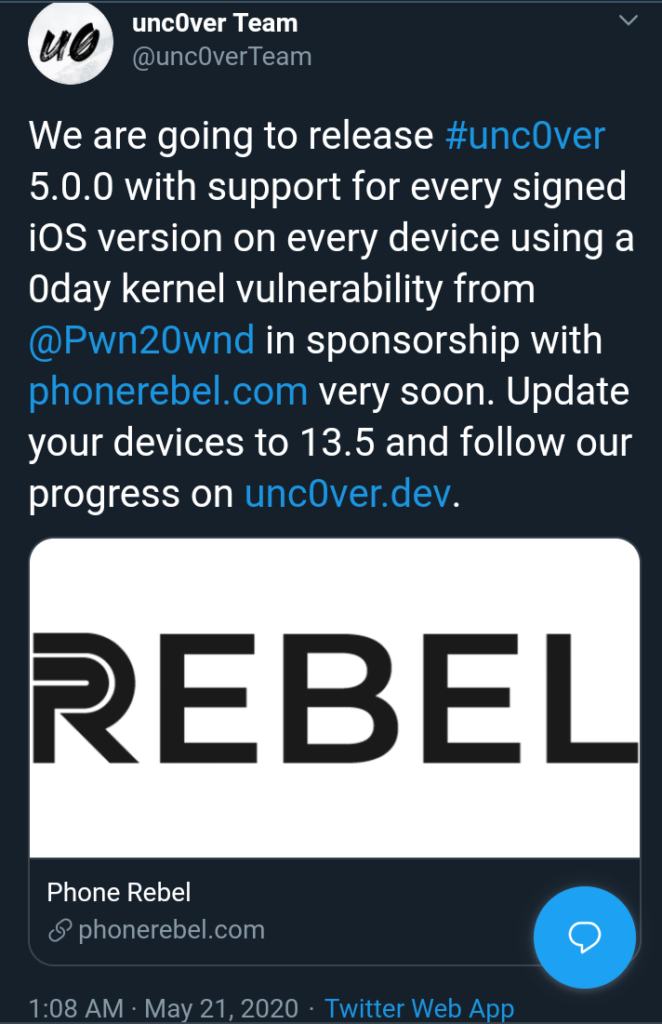 Also confirmed on the team’s webpage, the upcoming iOS 13.5 jailbreak unc0ver 5.0.0 will work on all devices running on iOS 11 through iOS 13.5. Apart from that, we can also see a progress bar, showing that the jailbreak tool is 90% reaching completion. Although we’re still uncertain of the release date, the percentage and the recent tweet show that we might be seeing the upcoming iOS 13.5 jailbreak unc0ver 5.0.0 sooner than later.

In case you’re just hearing about jailbreak, here’s a brief explanation of what it means. Jailbreaking is a process of removing Apple’s iOS software restrictions on your device. By so doing, you get to enjoy more customization features from third-party apps.

In case you have an interest, the unc0ver team recommended that you should update to iOS 13.5 and iPadOS 13.5. After that, you’ll have to wait for the jailbreak tool to launch. Hopefully, the upcoming iOS jailbreak unc0ver 5.0.0 will launch soon.

We’ll keep our eyes on the unc0ver team’s webpage for any update. As soon as we see anything worth sharing, you’ll be the first to hear about it.

iPhone’s hidden map that tracks all your movements revealed: Here’s how to turn it off

An iPhone Guide: 7 Amazing Camera Features You Must Know