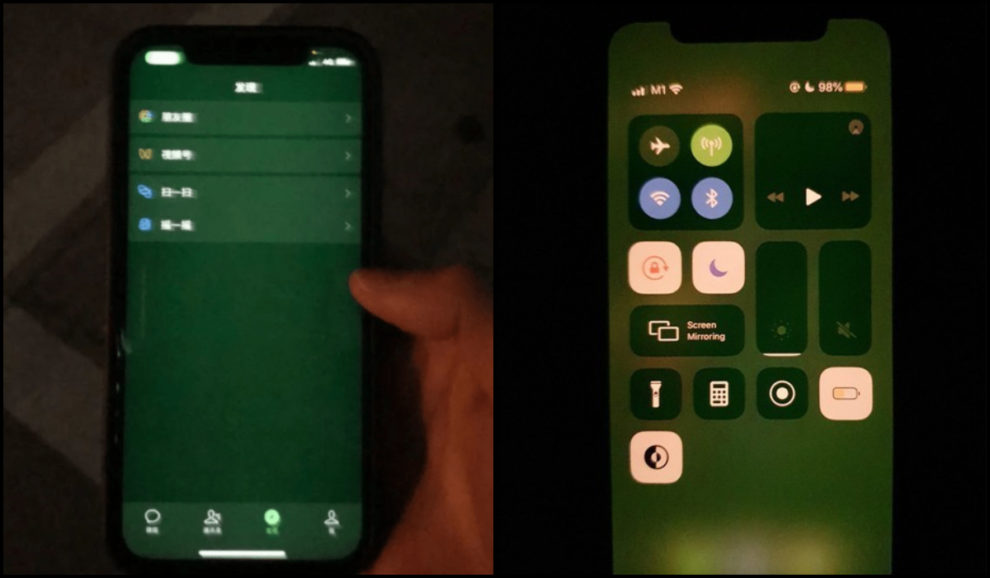 Apple officially released launched the iPhone 12 series just a few weeks ago, these few weeks have witnessed several complaints regarding the new model. Initially, users complained about disappearing signals on the iPhone, Apple was quick to respond and resolve this issue. This was followed by complaints of missing messages and message notifications on the new iPhone 12. Currently, users are complaining about screen issues being experienced with the phone. Reports suggest that iPhone 12 has green screen issues, disappointed fans are once again bombarding Apple support with queries.

Initially, there were complaints about the iPhone 12’s yellowish screen. Currently, users are reporting that the display of phones has changed colors, iPhone 12 is now showing green screen issues. There is a tinge of green on the screen. The areas around the green appear to be especially green in color. It seems that this issue is more common than others, a large number of users worldwide are facing this issue.

One user tweeted, “If you’re thinking about an iPhone 12 Pro Max, go check out the display models first. Everyone I’ve seen has a ridiculous yellow tint. Then research the flickering below max brightness. Returned mine today. @Apple’s quality control must have taken this year off.” Another said, “I have compared my iPhone 12 mini to my iPhone X, both with max brightness and True Tone off, and the mini does seem yellow.”

A DxOMark assessment revealed that the biggest issue with the iPhone 12 display happens to be the yellow color cast. DxOMark also reported that yellow cast persists even under different lighting conditions. Needless to say, the yellow color tinge looks incredibly unappealing.

A bad year for Apple?

Reports suggest that Apple officials have acknowledged the issue and know about “a few reported cases which are currently under investigation”. Users hope that the company resolves the iPhone 12 screen issues as soon as is practically possible.

Apart from the yellow and green tinge, several users have reported that iPhone 12 mini has lock screen sensitivity issues. When users use their thumbs to swipe upwards from the bottom of the locked screen in order to unlock their phones, the screen does not respond sometimes. They also reported that the same issue happens when users press the flashlight or click on the camera button while the screen is locked.