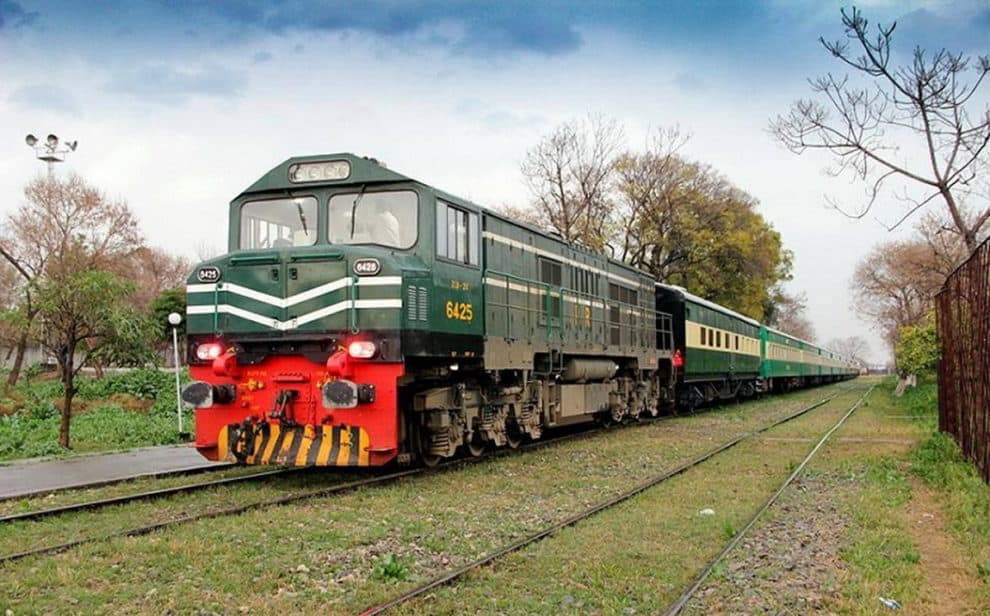 Amid resistance and opposition from the US and India, the China-Pakistan Economic Corridor (CPEC) is still actively persuaded. The upgradation of Pakistan’s Main Railway Line One, termed as Project ML-1, will be executed smoothly. To date, it is the largest project under CPEC, worth $7.2 Billion. Since the launch of CPEC, 22 projects in total have been completed worth $19 Billion. Project ML-1 starts from Karachi, passes through Kotri/Hyderabad, Rohri, Multan, Lahore, and Rawalpindi, and culminates in Peshawar. The line is 1,872 km long, including the 55km-long Taxila-Havelian section and 91km-long Lodhran-Khanewal section. The project envisages the upgradation of ML-1, the establishment of a dry port near Havelian Railway Station, upgradation of Pakistan Railway Academy in Lahore, passenger facilities, and the development of essential railway stations. The mega railway line project is the only project declared strategically important by China and Pakistan. However, the World Bank linked the success of the project to bringing governance reforms in the railways and warned that the project’s debt servicing was not sustainable. It is worth mentioning that Pakistan is undergoing the 22nd bailout program of IMF and facing huge resistance against CPEC.

The Federal Government has allocated Rs.6 billion (1 US Dollar = 160 Pakistan Rupees) for the upgradation of Pakistan Railways’ existing Main Line-1 (ML-I), including Rs.500 million as a foreign exchange component. Meanwhile, Rs1.5 billion was also included in PSDP (Public Sector Development Program) 2020-21 for Preliminary Design/Drawings for up-gradation and rehabilitation of mainline (ML- 1) and establishment of a dry port near Havelian under the China Pakistan Economic Corridor (CPEC) and for the hiring of design/drawings vetting consultants. The total budget allocated for Railways Division includes Rs24 billion, which provides for Rs.11.162 billion for new schemes and Rs.12.838 billion for ongoing development schemes of Pakistan Railways.

Pakistan’s railway network was inherited from British rule and was still depending on a century-old railway system. While the rest of the world has been upgrading and modernizing its railway system, Pakistan wholly ignored it and is now facing a severe deterioration. Even the management of the obsolete railway system was not efficient and is suffering losses. The railway was a burden to the government as a heavy subsidy was provided to Pakistan Railways to sustain it.

The prime minister, while expressing satisfaction over the progress on the restructuring of Pakistan Railways, directed that the process of appointment of chief operating officer (CEO) should be completed soon to ensure better management in the department. He said experiences of local and overseas Pakistanis in that regard should also be availed. China is a leader in railway technology, especially in high-speed trains, and built the most extended and most modern railway network in the world. Linking Tibet by train is not less than a miracle as the altitude is 4500 meters above sea level and there is tough terrain with snow-covered peaks. Pakistan depended on road transport in the absence of a modern railway system, which was creating pollution and was not cost-effective too. It is perceived that after the completion of ML-1, the transportation sector of Pakistan will contribute toward the socio-economic development of the country.

Whatsoever may be the opposition from any third country, as long as the people of Pakistan and China stand united together, CPEC will be continued as per plan. Both countries are committed to making CPEC, being a flagship project of BRI, a success story, and a role model for the rest of the world.