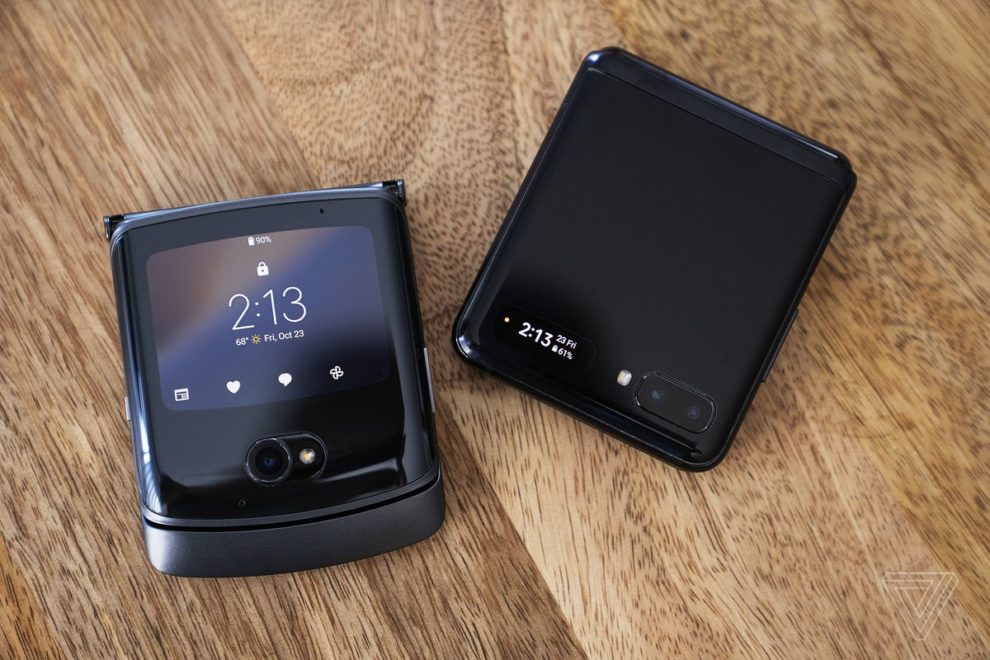 Motorola Razr is a series of mobile phones manufactured and sold by Motorola. The company released the first of these phones, called Razr V3 in December 2003. Motorola was able to revive the Razr brand in 2011 by releasing the Droid Razr for Android users on the Verizon Wireless network. In 2019, the company released The Razr 2019, a foldable version of the Razr phone. In 2020, Motorola released the Razr 2020 5G model. But ever since then, we’ve only heard little or nothing about the release of a new Motorola Razr 3 until recently.

The rest of this post will focus on everything we know so far about the upcoming Motorola Razr 3, including its release date, specifications, and features.

For now, there’s no official statement yet from the Motorola team regarding when the Razr 3 model will be available. However, we’re pretty sure the smartphone is in its development stage, as noted in a Weibo post released by Chen Jin – the General Manager of Lenovo.

In case you don’t know, Chen Jin is also the person in charge of all Motorola smartphones, including the upcoming one. Here’s the translation (from Chinese to English) of what Jin posted regarding the Razr 3 device below:

“… I think innovation is always the driving force of the industry. I hope we are not drooling, but take more actions, including silently preparing for the third-generation Razr folding screen phone: more advanced chip computing power, better human-machine interface, and of course, a more atmospheric appearance. This product, we do our part, will be the first to be listed in the Chinese market!” 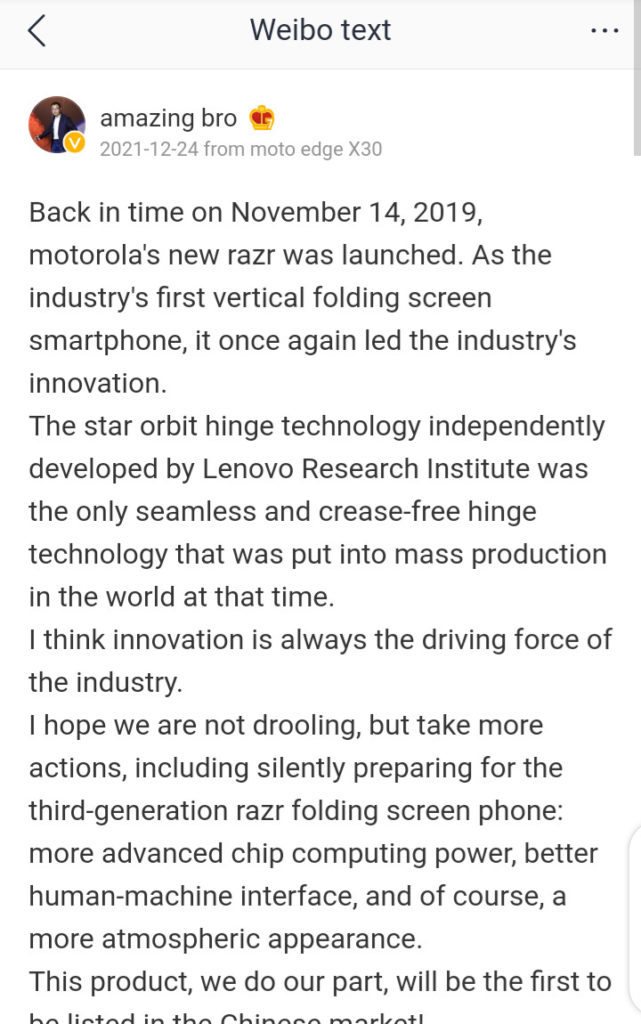 As you can see, the Motorola Razr 3 foldable smartphone is already in its development stage. As soon as the company finishes developing the phone, it’ll first hit the Chinese market. However, we still don’t know exactly when the device will be available.

However, based on the previous release dates for Razr 2019 and Razr 2020 (5G), we should be able to make a pretty close guess. The first generation of the Razr foldable phone came out in November 2019. The second-generation (Razr 2020 5G) came out in September 2020.

How much will Motorola sell the foldable phone?

As with the release date, Motorola hasn’t yet released any information about how much it’ll sell the third-generation Razr smartphone when it finally comes out. So, we don’t know exactly how much the starting price of the upcoming device will be.

A couple of weeks ago, Evan Blass (@evleaks) released a bunch of images regarding the upcoming Razr model. Via 91mobiles, the phone enthusiast dropped a few images of the Motorola Razr 3. In addition, Blass revealed the device could feature a 50-megapixel, f/1.8 primary shooter.

Also, an XDA Developers report recently mentioned some specifications that could come with the 2020 Razr model. In the report, it was revealed that the device could feature a Snapdragon 8 Gen 1 chipset and Android 12. If this news is anything to go by, it means the device will launch with Qualcomm’s most powerful silicon processor, which is a big improvement over its predecessors.

Apart from the processor and camera specs, we’ve also seen a couple of news regarding other specifications and features of the next-gen foldable smartphone. For instance, the leaked images have given us more insights into the design of the phone. According to the leak, the device could come with an updated square design just like the Galaxy Z Flip 3. Unfortunately, it might miss out on the iconic chin design, which is present in previous models. If this is anything to go by, it means the Razr 3 foldable phone will come with the fingerprint scanner repositioned in the power button.

In addition to the 50Mp, f/1.8 main camera, Blass also revealed that the device could launch with a combination of wide-angle and macro sensor that features a native resolution of 13MP. Its front camera is most likely 32-megapixel.

Furthermore, the Razr 3 foldable-screen phone could launch with up to 12GB RAM and 512GB internal storage. It could also come with NFC connectivity. It could also offer support for UWB (UltraWide Band). This is a positioning system that drives Apple’s AirTag tracker and a few other devices.

According to an XDA report, the popular analyst Ross Young revealed that the upcoming Motorola Razr 3 foldable smartphone could launch with a 6.7-inch AMOLED internal display. Its supposed screen resolution and refresh rate are 2400 x 1080 and 120Hz, respectively. As for the external display; rumors have it that the device could come with a screen size of 3 inches.