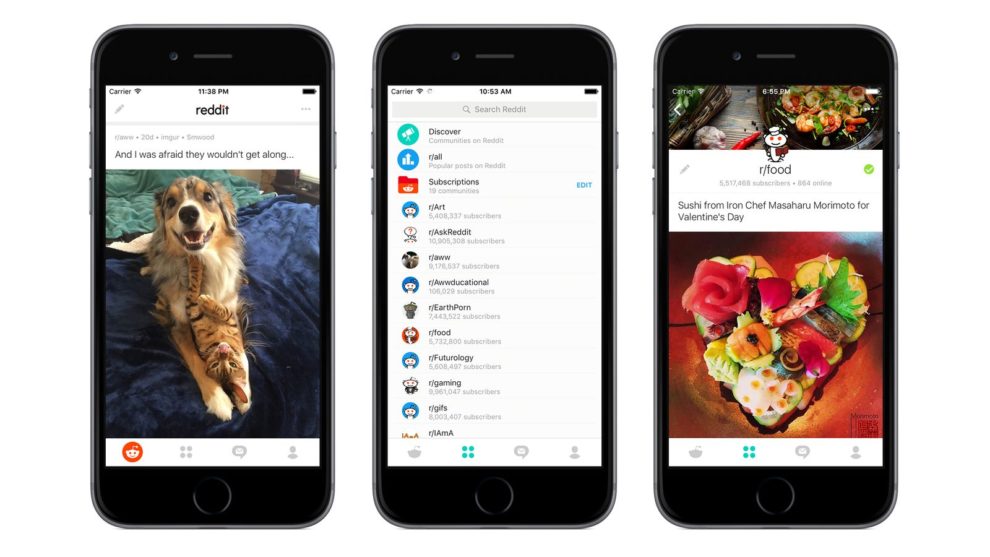 Reddit is a popular American social news aggregation and discussion forum. The platform was created in 2005 and ever since then; it has attracted hundreds of millions of people from across the world. According to Foundation Inc, Reddit has over 330 million monthly active users worldwide. Many people love this site because it serves as an incredible source of information for many topics. As amazing as Reddit is, it also has its issues. According to the latest reports, many iOS users are now reporting an issue, in which their music and media stop playing when they open the Reddit app.

Multiple reports across various social media sites reveal many users are experiencing an issue with their Reddit app. The affected iOS users reported that their media and music stop playing any time they try opening the Reddit app. Some media apps affected by this issue are Apple Music, Tidal, and Spotify.

The exact cause of this issue is still unclear. But looking at the reports, it seems the issue is bug-related. One of the affected users suggested that the issue resulted from the fact that the Reddit app is telling the “system that the loading screen makes a noise.”

The issue also affects other media apps, such as SoundCloud and YouTube, even when in the picture in picture mode. You can check here (1,2,3,4) and below for more information regarding this issue.

There’s a workaround for this issue

The Reddit team has released no official statement to acknowledge the issue. So, there’s no official fix to address the problem permanently. The good news, however, is that there are a few workarounds to resolve this issue temporarily. 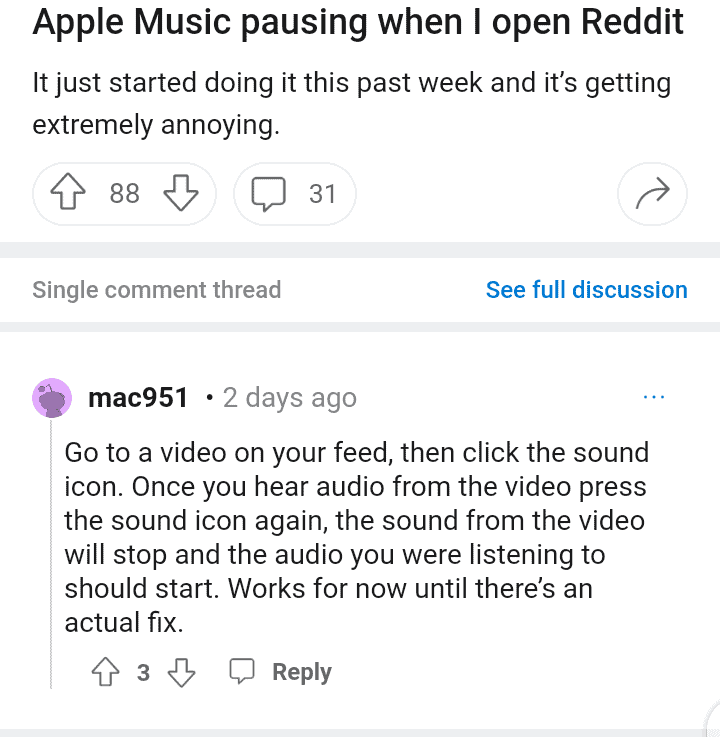