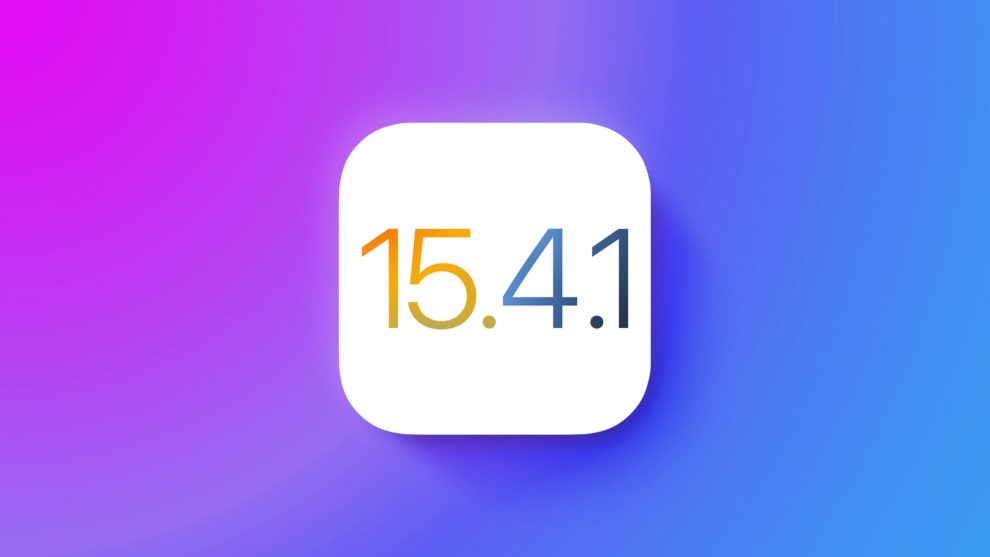 Apple’s iOS 15.4.1 is the latest stable operating system for iPhone 6s and above. Unlike the previous update (iOS 15.4), this OS is only a small point upgrade. It comes with a couple of bug fixes, including the one that should address the annoying battery draining issue. Unfortunately, according to multiple reports across social media platforms, it seems iOS 15.4.1 users are still experiencing battery draining and overheating issues.

Are there any official fixes yet to address the problems on the ground? As you read on, you’ll find everything you need to know about the current iOS 15.4.1 battery draining and overheating issues.

Unlike iOS 15.4, iOS 15.4.1 only introduces a couple of bug fixes. Before the release date, several users reported an annoying battery draining issue (1,2). In a way to resolve the issue, Apple added a bug fix to the iOS 15.4.1 update. In addition, the update was also designed to patch a critical security flaw on iPhones.

Unfortunately, the latest reports across social media platforms reveal the latest iOS isn’t effective to resolve the battery problem. According to the affected users, iOS 15.4.1 comes with a fresh new overheating issue. When users use their iPhones for web browsing and other light activities, the devices get pretty hot unnecessarily. You can check here (1,2,3,4,5) to see what the affected users are saying about the iOS 15.4.1 battery draining and overheating issues. 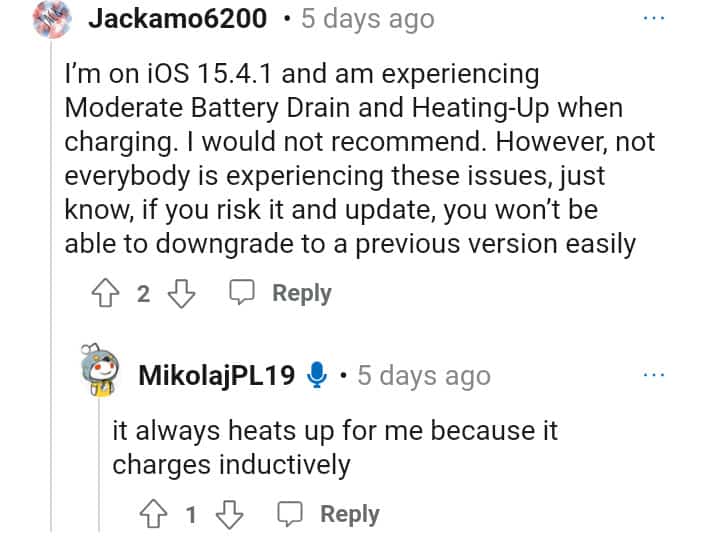 It seems the battery draining and overheating issues aren’t the only problems affecting iOS 15.4.1 users. Spotted by Piunikaweb, some users reported that the latest iOS update also decalibrates battery measurements. Let’s have a quick look at what the affected users are saying about the issue below.

According to DaveC2020, the Redditor and iPhone 6S Plus user mentioned that he left his device to charge overnight. In the morning, after using the iPhone to open some apps, the device suddenly restarted, showing 10% on the battery meter. After manually turning off and restarting the iPhone, it showed 97%. 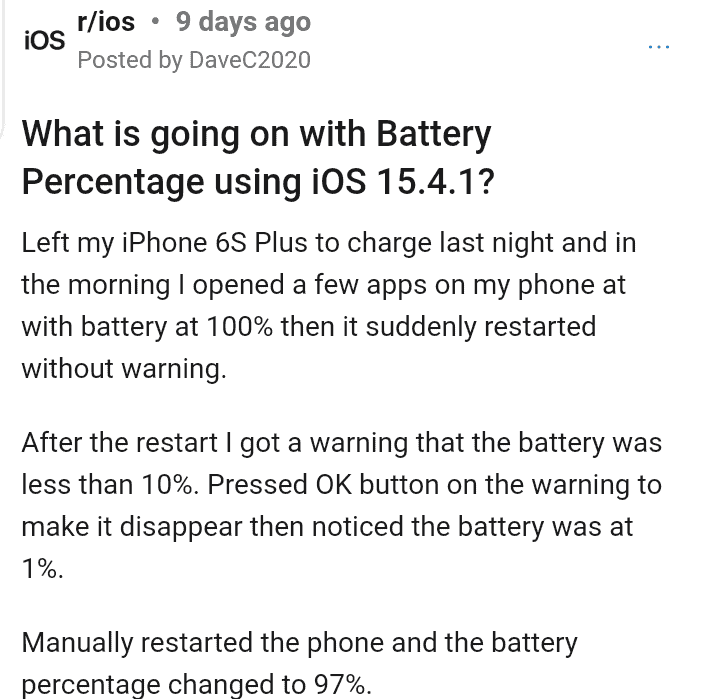 Is there any fix to address the issues?

The iOS 15.4.1 battery draining, de-calibration, and overheating problems have been around for a few days now. Unfortunately, Apple is yet to release an official statement to acknowledge the issue. So, for now, there’s no fix yet to resolve any of the problems. As usual, we’ll keep our eyes on the Apple team. As soon as we find any good news regarding the issues, we’ll let you know about it here.