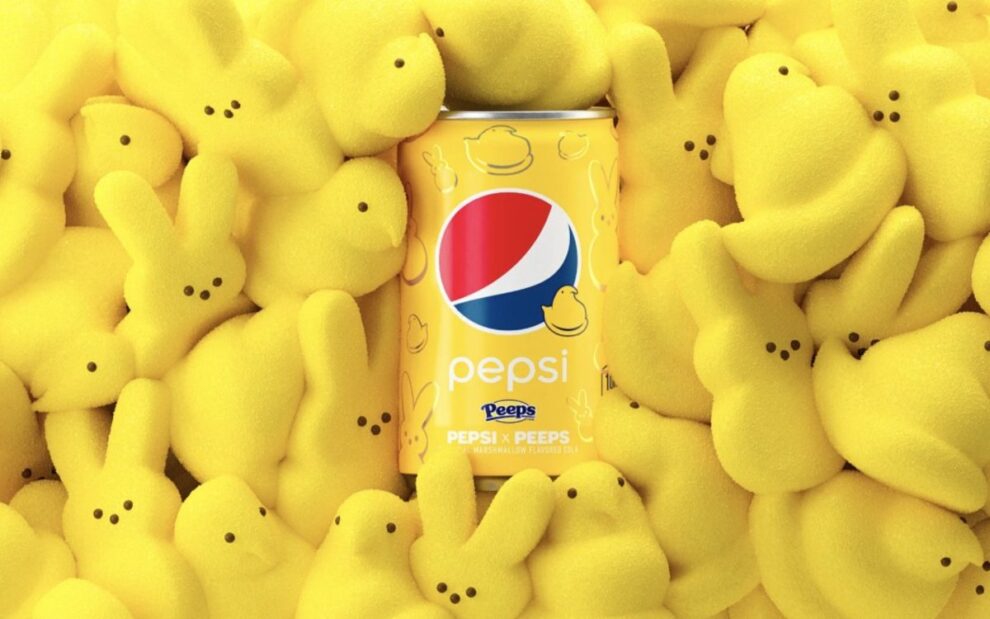 With the Spring season in the air, Peeps has partnered with Pepsi to create Marshmallow soda and fans are already calling it Peepsi.

Pepsi and Peeps partnered on a marshmallow soda

The Marshmallow Cola comes in a three-pack of cute little 7.5-ounce cans but sadly fans won’t be able to buy it from grocery stores. This delicious new drink is a combination of the refreshing taste of PEPSI with the sweet and soft PEEPS Marshmallow flavor.

However, Pepsi is offering 3,000 packages through its #HangingWithMyPEEPS contest. People who post their pictures with the hashtag #HangingWithMyPEEPS while celebrating spring and maintaining social distance will win a package of three 7.5 ounce mini-cans. They come in bright yellow, pink, and blue colors. Each user must use the hashtag and tag Pepsi on Instagram and Twitter flaunting their spring celebrations.

“After what has been a very difficult year, many consumers are looking for new things to smile about.  So, to celebrate the start of springtime, Pepsi collaborated with PEEPS to develop a limited batch of its first-ever marshmallow cola.  This PEPSI x PEEPS collaboration will be available in three bright colors through a distinctive mini-can design and will most certainly have fans buzzing all season long,” said Todd Kaplan, VP Marketing – Pepsi.

“We know our consumers love our limited product drops, and we believe that PEPSI x PEEPS will deliver an iconic and delicious pairing that has the potential to become a fan favorite.”

Pepsi and Peeps joined hands in collaboration to help fans get more reasons for enjoying the new season. According to Peeps brand manager, Caitlin Servian, the brand always finds pleasure in collaborating with partners to bring Marshmallow flavor to their fans in exciting ways. That is the reason they are excited to team up with Pepsi on this limited-edition Pepsi x Peeps beverage.

The internet was soon stormed with different thoughts after this announcement.

One user tweeted: “New marshmallow flavor Pepsi & Peeps, Peepsi”. Another commented, “Call it “Peepsi” and put it on shelves, you cowards.”

A third user tweeted, “Wasn’t this the final sign before the apocalypse begins?”

Coke and Pepsi make millions with tap water, but residents’ supply shut off