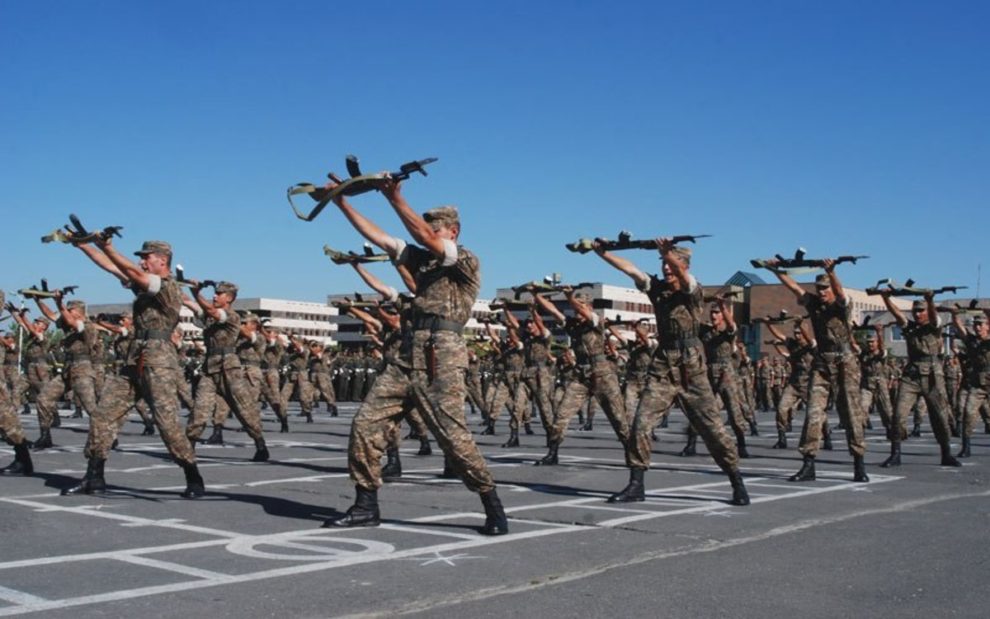 Prime Minister of Armenia, Nikol Pashinyan has warned of an “attempted military coup”, after the country’s top military officials demanded his resignation.

“The most important problem now is to keep the power in the hands of the people, because I consider what is happening to be a military coup,” Armenia PM said while addressing the nation on Facebook. Later he marched with hundreds of supporters in the capital Yerevan.

The army earlier said the prime minister was “no longer able to make reasonable decisions” after he sacked a military commander.

“For a long time, the Armenian armed forces were patiently tolerating the ‘attacks’ by the incumbent government aimed at defaming the armed forces. But everything has its limits.” The statement added that the army has always been with the people, just like the people are with the army.

ARMENIA: Footage circulating on social media appears to show a MiG-29 flying over protests in Yerevan after the military demanded the PM steps down. pic.twitter.com/nG4EWQZVbx

Pashinyan had fired Onik Gasparyan, the head of the army’s General Staff, amid a growing protest movement. And he demanded the military to listen only to his orders.

Pashinyan has been facing mass protests since November, with critics frothed over the result of the six-week Nagorno-Karabakh conflict. It killed thousands of people on both sides. Nagorno-Karabakh is an enclave internationally recognized as part of Azerbaijan. But it had been under ethnic Armenian control since a 1994 ceasefire. After the six-week fight, Azerbaijan not only recovered areas near the enclave but also took Shusha inside it.

Protests began after a new ceasefire

The protests against Pashinyan began in November after he signed a Russian-brokered cease-fire pact with Azerbaijan. The new ceasefire passed under the deal signed among the leaders of Russia, Armenia, and Azerbaijan in November. The agreement let Azerbaijan control parts of Nagorno-Karabakh captured by Armenian forces during the autumn fight. Armenian forces had to evacuate several adjacent areas but they kept control of the rest of the region.

The revolution in Armenia begins. pic.twitter.com/aJu3GFYoDd

Azerbaijan President Ilham Aliyev called the ceasefire agreement a capitulation by Armenia and appreciated the deal and his army’s victory. He wrote on Twitter that those days were the happiest for our people.

However, Pashinyan considered his decision to sign the agreement “unbelievably painful” as he wrote in a Facebook post. His statement said “I made that decision as a result of an in-depth analysis of the military situation and the assessment of people who know the situation best. Also based on the belief that this is the best possible solution to the current situation.”

Protesters against the pro-Turkish authorities of Armenia gathered in Freedom Square in front of the Opera.

They express their support for the statement issued by the General Staff of the Armenian Armed Forces.

Army with the people. pic.twitter.com/S4nhkKkzGm