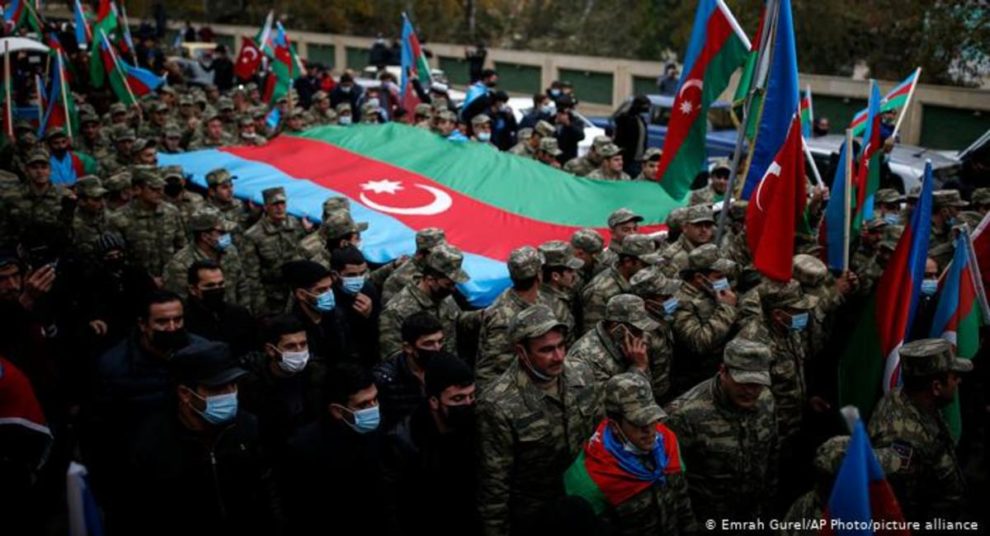 Although Azerbaijan won the war against Armenia, both countries have in fact lost part of their sovereignty.

Azerbaijani politicians and military begin to worry about Ankara’s strong influence in the country.

Despite this territorial expansion, Azerbaijan has in fact partly lost its sovereignty. During the war, reports began emerging that Azerbaijani military leaders were becoming increasingly frustrated with the level of control that Turkey had over their fighting forces. These reports were quickly dismissed and denied by Azerbaijan as Armenian attempts to create division through misinformation. But if this was just misinformation, then there would be no risk of division to begin with, meaning it would not be worth giving attention to, suggesting there was certainly an element of truth to it.

Azerbaijan’s military success lays with two key factors: the Armenian political and military incompetency and lack of will, and Turkey’s contribution with drones, special forces, intelligence and transfer of Syrian jihadists.

Armenian Prime Minister Nikol Pashinyan never truly committed to the war effort as Armenian forces were never fully mobilized, powerful Iskander missiles infrequently used, the Armenian Air Force mostly grounded, Armenian diaspora and foreign volunteers rejected from fighting, and local Armenian militias not equipped with enough ammunition, maps and communication devices, nor were the militias assigned commanders – yet this was supposedly a “war for survival,” as Pashinyan termed it.

None-the-less, despite the incompetency of the Armenian leadership, Azerbaijan’s rapid success in Nagorno-Karabakh would not have been possible without significant Turkish support. Even Azerbaijan’s success is limited as it did not achieve its main war aim – the capture of Nagorno-Karabakh.

More importantly, Ankara’s footprint in the country massively expanded through the deployment of more Turkish troops to Azerbaijan, control of more military bases, and the establishment of a joint observation center with Russia in the Agdam region.

As said, reports circulated during the war that divisions in the Azerbaijani military and political circles were emerging between a pro-Turkish faction and another faction in opposition to Turkey’s dominant role in the war effort. These reports have only intensified in recent days as Turkish troops are now deployed in Azerbaijan. Azerbaijani politicians and military leaders are beginning to worry about Ankara’s strong influence in the country, with critics commenting that Azerbaijan has become the 82nd province of Turkey. Although Azerbaijan now controls most of the formerly Armenian-held territory, it cannot exercise control over it without Turkish and Russian oversight.

In fact, even Iran has greater opportunities to influence Azerbaijan that it was not able to do before the war. Azerbaijan’s capture of the districts to the south of Nagorno-Karabakh proper means that it shares external borders with only Armenia and Iran. Effectively Iran has great opportunities to be one of the leading foreign investors in the region as Armenia and Azerbaijan have not normalized their relations. Iranian Foreign Minister Mohammad Javad Zarif visited the Nakhichevan exclave of Azerbaijan, the region wedged between Armenia, Turkey and Iran, to boost regional cooperation through new railroad and transportation routes.

In turn, it will be inevitable that Iran will attempt to gain influence through pan-Shi’ism, but this may prove difficult to gain a foothold as pan-Turkism has become the dominant ideology of Azerbaijan because of Turkey’s own soft power manoeuvers. Russia will utilize its influence through its peacekeepers in the region, and also soft power through economic exchanges.

Although Azerbaijani President Ilham Aliyev will relish his country’s long-awaited victory after his father Heydar Aliyev signed a humiliating ceasefire in May 1994 to conclude the First Nagorno-Karabakh War, the long-term repercussion means that Turkey dominates the Azerbaijani military and wields great political influence over Baku. Also, there is limited Azerbaijani governance in the territories it controls because of Russia’s watchful eye through the deployment of peacekeepers. And finally, we can see much stronger Iranian influence as it aims to penetrate the region through economic and religious means.

Azerbaijani flags may be flying over the captured territories, but it certainly has come at the price of reduced sovereignty – militarily, economically, politically, and perhaps even religiously and culturally.