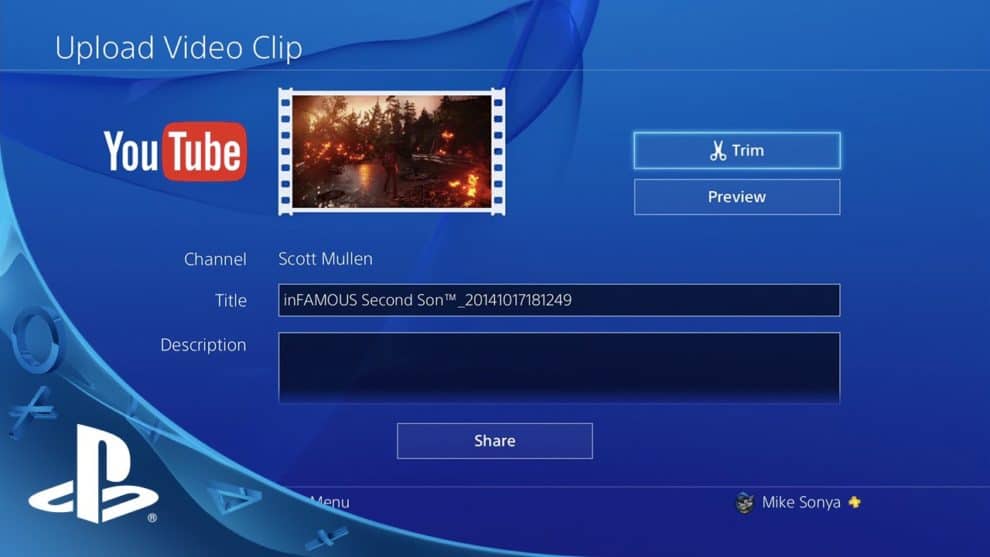 A lot of PlayStation lovers are already anticipating the launch of the upcoming gaming console. Although the exact release date is still unknown, Sony has confirmed that PlayStation 5 is coming to us around the Holiday season in the US. Apart from that, its team has also mentioned that the gaming console will come with lots of innovative features, which might include a soundtrack generator, mapping music to players’ emotions. While we await the amazing technology, reports confirmed that many PS4 users have started complaining that they can’t watch restricted videos on YouTube.

According to reports, many PS4 users are already complaining that they can’t watch restricted videos on the YouTube platform. Even with a disabled restricted mode feature, players are still facing the same issue.

According to Calvin Ross, a PS4 user who first reported the issue on May 15, YouTube works normally for other devices except the PS4 gaming console. Here is what Ross posted on the YouTube community:

“Restricted mode is off. I’ve contacted PlayStation support but they don’t know how to fix the problem and suggested I contact YouTube support. YouTube works normally on all my other devices, it’s specifically the PS4 version I seem to be having issues with. I don’t have any sort of parental controls on any of my devices.”

Also, another user also complained that he/she can’t watch restricted YouTube videos. The PS4 user talked about switching on the restricted mode feature to confirm if the issue is with the settings. However, he/she keeps getting a warning to switch off the feature before accessing any restricted videos. Check below for the screenshot of the post by the PS4 user: 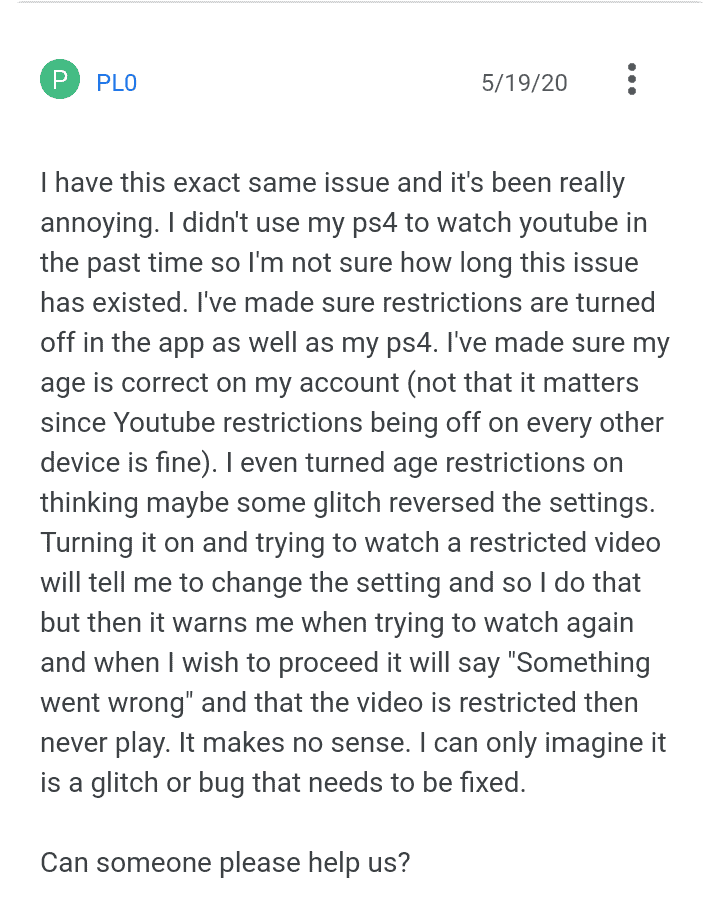 Furthermore, another PS4 user Kyle Martin, posted that the YouTube issue is unusual.

“I’ve used my ps4 for 5 years for youtube and have never had this issue until two days ago. I’ve tried everything and I can’t figure it out.”

It is almost two weeks, and a lot of PS4 users are still complaining about the issue. Presently, we are yet to hear anything from YouTube as to the fix for the video restriction issue.

However, I’m hopeful that the YouTube team will address the issue sooner than later, as many PS4 users are already affected by the bug. We’ll definitely watch out for any official fix from YouTube for you. And as soon as we find anything worth sharing, we’ll let you know about it.