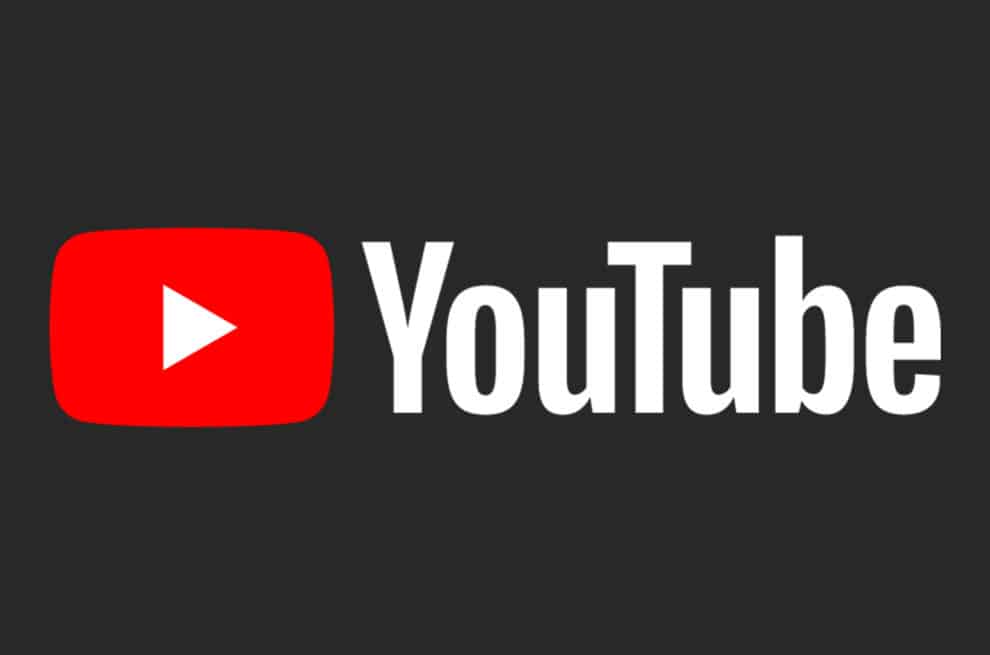 As we all know, YouTube is the most popular video streaming platform, with loads of new content and tens of millions of visitors daily. If you have a YouTube channel or upload videos on the platform regularly, then you must have faced the recent “Error Saving Video Data” issue. However, you need not panic over it. That’s because we’ve come with a simple fix that can help you come out of the bug, and change your video privacy from private to public.

Recently, YouTube unveiled its video builder tool to help people, especially those with no resources to create videos from scratch. The tool has lots of capability, as it can help to animate static assets, including images, with the library music. Also, YouTube users can select from a collection of layouts based on their needs, customize the color and font, and make a quick and short video clip. That usually does not take more than 6 seconds to 15 seconds.

Since a lot of businesses around the world are on hold because of Coronavirus, it’s becoming difficult for people to find better resources for their video creation. That’s why YouTube came up with the video production tool to help ease some users’ pain.

However, it looks like there’s an annoying bug hindering users from being able to upload videos successfully. Although the bug issues only started appearing a few days ago, it looks like it’s becoming unbearable for most users.

It all starts when the settings of YouTube videos uploaded automatically change to private, instead of remaining as public. In a way to re-adjust and set the videos back to the public, an error saving video data message pops up.

“So far, I have uploaded five videos and haven’t had any problems, but with this sixth one, I’ve uploaded it twice already and the settings appear as private when I originally uploaded it as public. Then, I go to edit and switch it from private to public and it says “error saving video data.” Help, please. Thanks.” 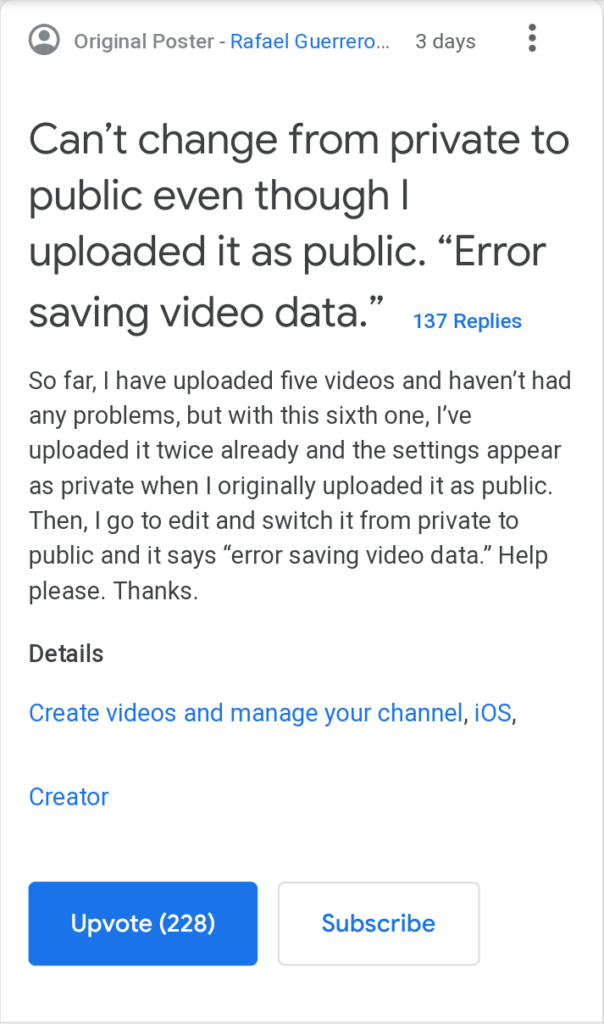 Shortly after this post, a lot of other users have also come out to complain about the same “error Saving video data” message. Now, it all looks like the issue is becoming unbearable for most of them as some have called out for a quick fix. Apart from that, some users also complained about experiencing the same error issue while uploading from their mobile devices, including iPads.

Although we are yet to hear from YouTube about the “error saving video data”, there seems to be a fix that works perfectly for it.

A Fix For The ‘Error Saving Video Data’ Issue

It only takes a few simple steps to get rid of the “error Saving video data” bug issue from your YouTube channel. Let’s have a quick look at them below:

Pending the time YouTube will come with a fix, it’s best you stick to the above fix or whichever one that works for you.