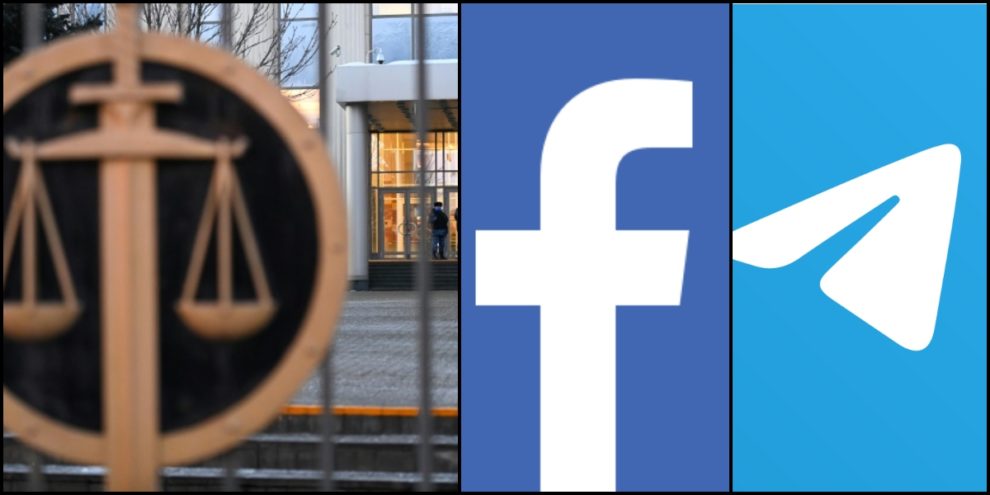 A court in Moscow fined Facebook and Telegram for their “failure” to remove content “banned” by Russian government, according to Russian media.

Moscow claims it is attempting to restrain Western tech behemoths and strengthen what it refers to as its Internet “sovereignty,” despite the fact that parliamentary elections are looming in September and the ruling United Party’s popularity is plummeting, many critics argue that authorities are attempting to quell dissent.

Several social media giants have been embroiled in a wide-ranging dispute with authorities, who claim that posts on their sites, among other things, encouraged minors to participate in unofficial protests in January, when people across the country took to the streets to support opposition politician and Kremlin critic Alexei Navalny, who was detained on what he calls trumped-up charges.

Russia’s communications watchdog threatened on May 24 that it would eventually slow down Google’s Internet traffic in the country if it did not delete content that Russian authorities prohibited.

Russia has already imposed a punitive slowdown on the US social network Twitter for refusing to delete Russian government-banned content.