Read on to discover everything you need to know about the new Samsung Galaxy S22 keyboard swipe issue.

Explaining the issue, the affected Samsung Galaxy S22 users mentioned that their smartphone’s keyboard has been typing wrong words or even missing words. For now, it’s still unclear the exact cause of the new issue. However, many of the affected users mentioned the problem started after they received the latest software update on their phones. You can check here (1,2,3,4,5) and down to see some reports regarding the annoying Galaxy S22 keyboard swipe issue. 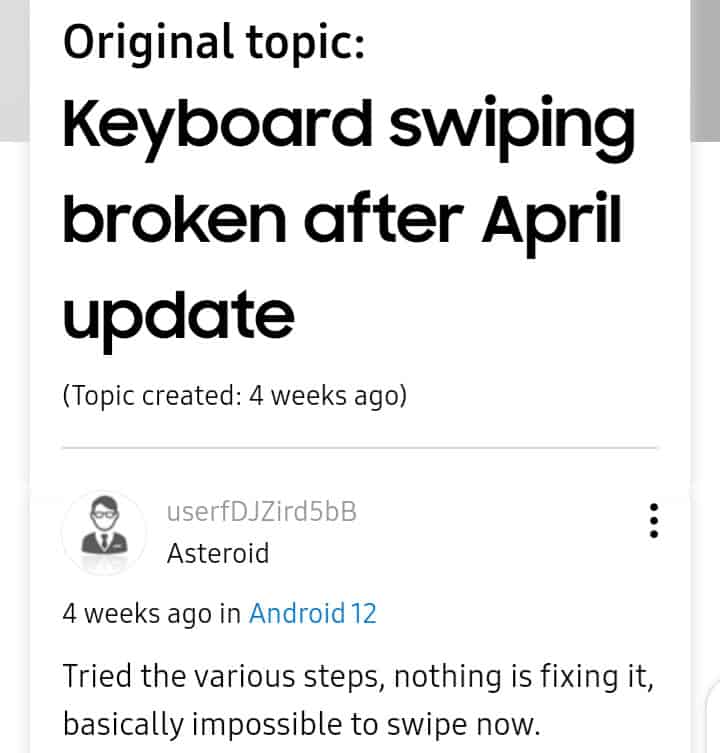 There’s be an official fix soon

The Samsung team is yet to release any statement to acknowledge the issue on the ground. So, for now, there’s no official fix available to resolve this problem permanently. Many of the affected users reported they tried using a couple of troubleshooting steps, such as changing the screen protector and disabling/enabling the touch sensitivity features. However, none of them was effective in resolving the issue. Since that’s the case, it means you’ll have to wait for Samsung to release an official fix for this issue.

We don’t know when the solution will be available, but this report says Samsung has plans to resolve the issue with the next update.

“I sent a couple of error reports to Samsung And they have said it will be fixed in the next update. Fingers crossed.”