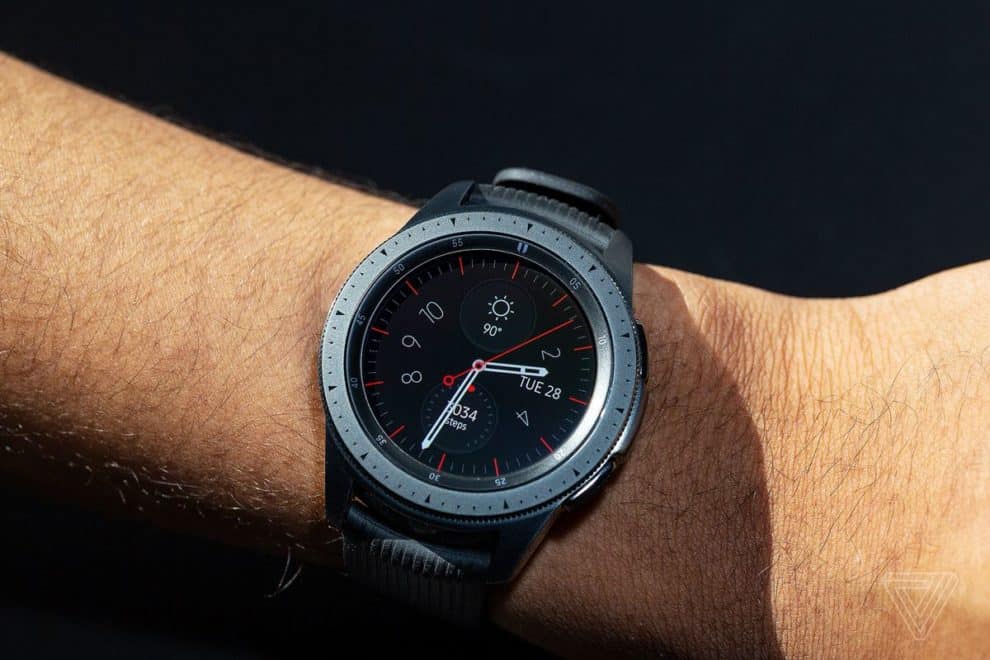 Yes, Samsung is yet to launch its next-generation smartwatch, Samsung Galaxy Watch 3. However, there’s a possibility that the giant tech company will unveil it at its next big event, which will probably hold around August. While we await the announcement, there are already several leaks on the internet for the Galaxy Watch 3. Initially, we saw one of them, showing off both the smooth bezel and toothed bezel of the device. Apart from that, we’ve also seen the one with the screen powered on. Now, there’s a new and high-quality render leak, showing the entire design of the upcoming Galaxy Watch 3.

In this article, we’ll be looking at everything about the new render leak of the upcoming Galaxy Watch 3.

According to reports, a new render leak, shared on Patreon by @evleaks, has revealed the entire design of the upcoming Galaxy Watch 3.

If you’re aware of the previous render leaks, you’ll see that the new image of Galaxy Watch 3 comes with a similar model number SM-R840. Looking closely at the leak, you’ll also see that there’s no much change between the first-released Galaxy Watch, and the upcoming Galaxy Watch 3.

Talking of the specs of Galaxy Watch 3, the previous render leaks revealed that it’ll come in two different sizes. These will include a 45mm with a 1.4-inch AMOLED display and 41mm with a slightly smaller 1.2-inch screen display. Also, the display will come with Gorilla Glass DX and MIL-STD-810G, providing it with military-level durability.

What Is The Release Date Of The Upcoming Watch?

For now, it’s still unclear when exactly the upcoming Samsung Galaxy Watch 3 will be coming to us. However, with the look of things, it’s likely that Samsung will announce it around August.

While we await it, it’s worth knowing that the device will likely help to monitor electrocardiogram, sleep, and blood pressure.

Samsung is not releasing Galaxy Note 21 this year