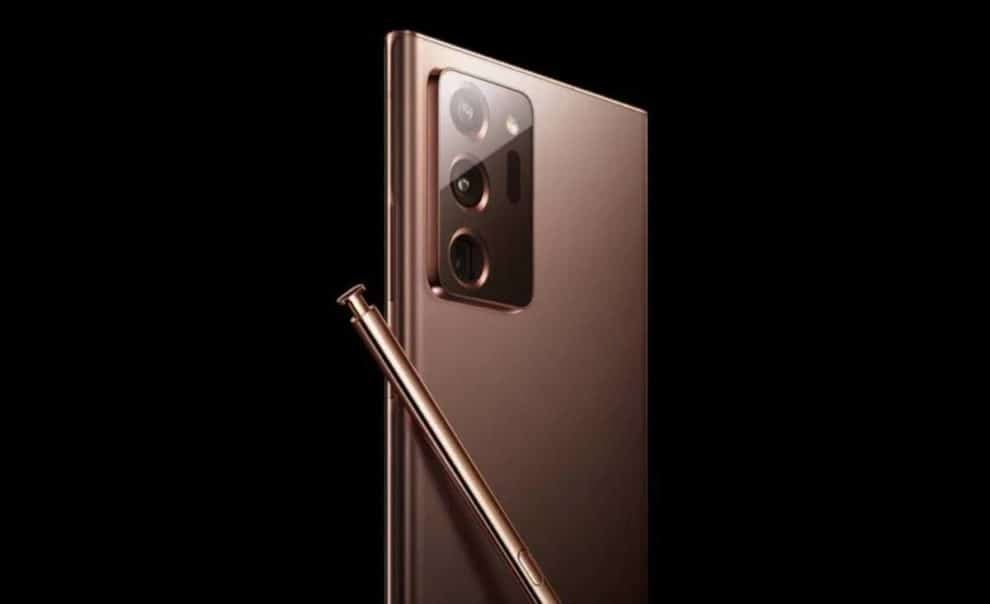 A couple of days back, Samsung was able to unveil some of the details regarding the new Galaxy Z Fold 2 smartphone. According to the South Korean company, the foldable device will be selling at a price of $1,999. Interestingly, the device will also come with a lot of improvements than last year’s Galaxy Fold. Not long ago, Samsung also unveiled the Note 20 Ultra, which is the latest version in the company’s line of Galaxy Note. Certainly, the high-end device also comes with great features and improvements than last year’s Galaxy Note. Now, the question is, do you have enough budget and wondering which one of the two you should opt for? If that is the case, you’ll be able to make the right decision after checking out this article. That’s because it focuses on the Galaxy Z Fold 2 vs Galaxy Note 20 Ultra face-off.

To start our Galaxy Note 20 Ultra vs Galaxy Z Fold 2, let’s first talk about the price of the two new hardware products. As mentioned earlier, Samsung was able to reveal the price of Galaxy Z Fold 2 in its Unpacked event part 2, held on September 1. According to the South Korean giant company, you’ll be able to get the new foldable phone at a price tag of $1,999. Although the smartphone hasn’t started selling yet, it’ll available starting from September 18. Furthermore, the company has also assured that you’ll be able to trade in your original Galaxy Fold for about $800 credit. On the other hand, the Galaxy Note 20 Ultra will cost $1,299 for the 128GB model. That’s about $700 lesser when you compare it with the price of the new foldable smartphone. However, for the 512GB model, it’ll sell at a price tag of $1,449.

While still on the Galaxy Z Fold 2 vs Galaxy Note 20 Ultra face-off, let’s talk about the design and display of the two devices.

Furthermore, the smartphone also comes with a refresh rate of 120Hz. The benefit of that is that it’ll provide its users with smoother motion and transitions. The feature is also the same for the main display of the Galaxy Z Fold 2. However, the 6.2 inches display will only come with a 60Hz refresh rate. As for the screen resolution, the new foldable phone comes with 2208 x 1768 pixels, with a resulting pixel density of 373 PPI. The Galaxy Note 20 Ultra, on the other hand, has a resolution of 3088 x 1440 and a pixel density of 496 PPI.

As far as the size and weight of the devices are concerned, the Galaxy Z Fold 2 is 282 g, which is way heavier than Galaxy Note 20 Ultra which weighs 208 g.

What is next on our Galaxy Z Fold 2 vs Galaxy Note 20 Ultra comparison is to talk about the specs and performance of the two devices.

To start with, there’s really no significant difference in the performance of the two devices. That’s because the two devices come, powered by Qualcomm’s top-of-the-line processor, Snapdragon 865+, and equipped with 12GB of LPDDR5 RAM. Furthermore, the foldable phone only has an internal storage of 256GB, with no microSD card slot. This is different for the Note 20 Ultra, as it has up to 512 GB internal storage.

In terms of their battery, both devices have a similar capacity of 4,500 mAh. The only difference, however, is that the battery of the foldable device is split into two power packs. 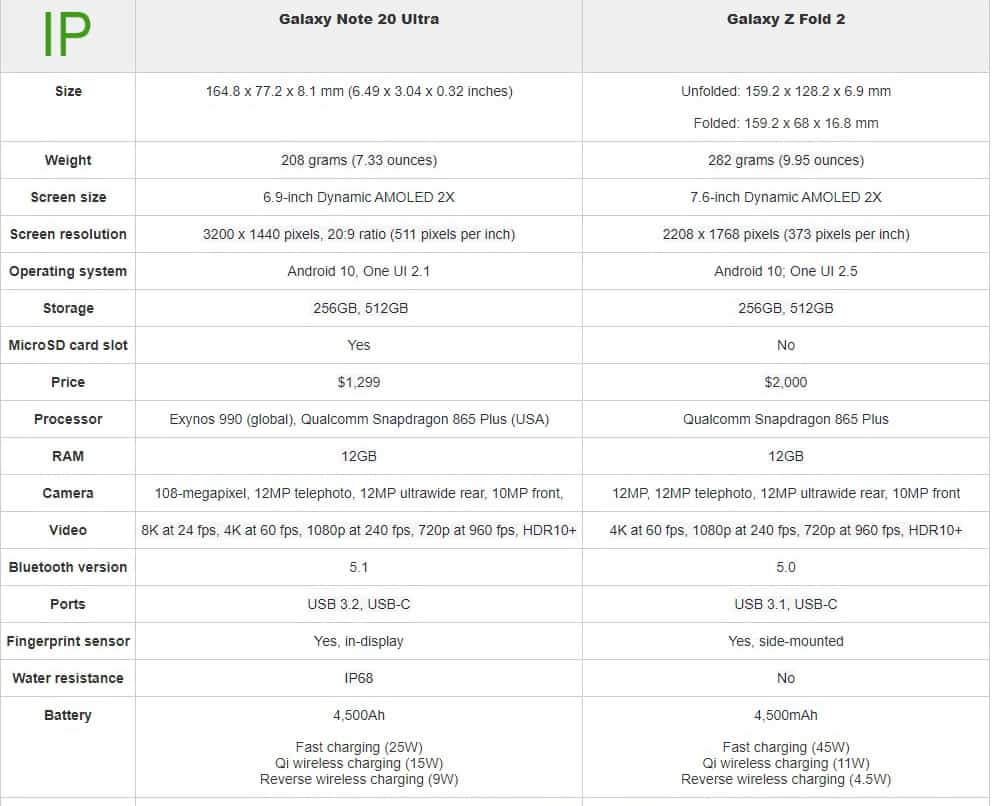