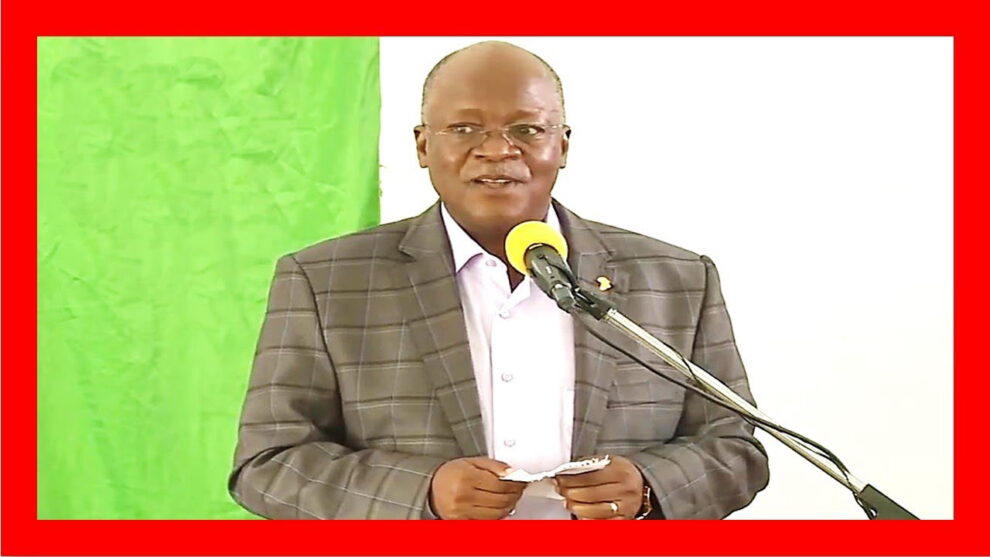 Unconfirmed reports started circulating over the weekend that the President of Tanzania, John Pombe Magufuli is dead. According to rumors, the 61-year-old Tanzanian President died after contracting with COVID-19.

The online speculation about President John Magufuli’s death started after the main opposition leader in Tanzania Tundu Lissu said that the president is in serious condition after contracting with COVID-19 and has flown to India from Kenya.

Tundu Lissu on Thursday quoted medical and security sources in Kenya for his info that the president had been shifted from a hospital in Kenya to India and was in a coma.

However, Tanzania’s officials denied that President John Magufuli is sick with COVI9-19. Two officials reportedly said that the President is in good health and working normally, after reports that he flew abroad in critical condition with COVID-19.

“Tanzanians should be at peace. Your president is around, healthy, working hard,” Prime Minister Kassim Majaliwa said in a speech after Friday prayers. “To spread rumors that he is sick is just an outcome of hate.”

In Tanzania, great concern has arisen because President John Magufuli has not been seen in public for eleven days. Magufuli is an ardent coronavirus critic: he does not deny the virus’s existence, but he thinks all the fuss about the number of infections and admissions is exaggerated.

Rumors of his death on social media

Twitter and other social media platforms are filled with rumors that Tanzania’s President John Magufuli is dead, here are some of the tweets that we saw:

One user wrote on Twitter, “Too much rumors, can someone please confirm if Dr John Magufuli is really dead or alive #Magufuli”

“Confirmation that he is dead then. I also gather that there are plans to push Suluhu aside. RIP Magufuli,” said a user on social media.

Another user showed his concern by saying, “It’s high time African leaders stop treating medical conditions as bad omens. The entire world deserves to know how Magufuli is doing. He’s a public property. He’s being treated by taxes remitted by Tanzanians..he’s not a private citizen. People should know if he’s dead or alive”

Here is another tweet, “Despite growing evidence to the contrary, Tanzania’s government continues to downplay the impact of coronavirus on the country. There is also wild speculation that Pres. Magufuli is himself suffering from Covid, receiving treatment, or perhaps dead.”

“Is Magufuli dead? Someone please confirm. So much rumors,” a user questioned on Twitter.

A human rights activist said, “#VerifiedReports President @MagufuliJP has died at Mzena Hospital in Dar es Salaam, Tanzania. Reports have been confirmed by State House officials as well as politicians close to the President. May God rest his soul in peace!”

#BreakingNews: Tanzanian President President John Magufuli has passed away at 5.30pm (EAT) at Mzena Hospital in Dar es Salaam. However, the Vice President hasn't been informed.

We will update this story as soon as we hear any official update on the news.