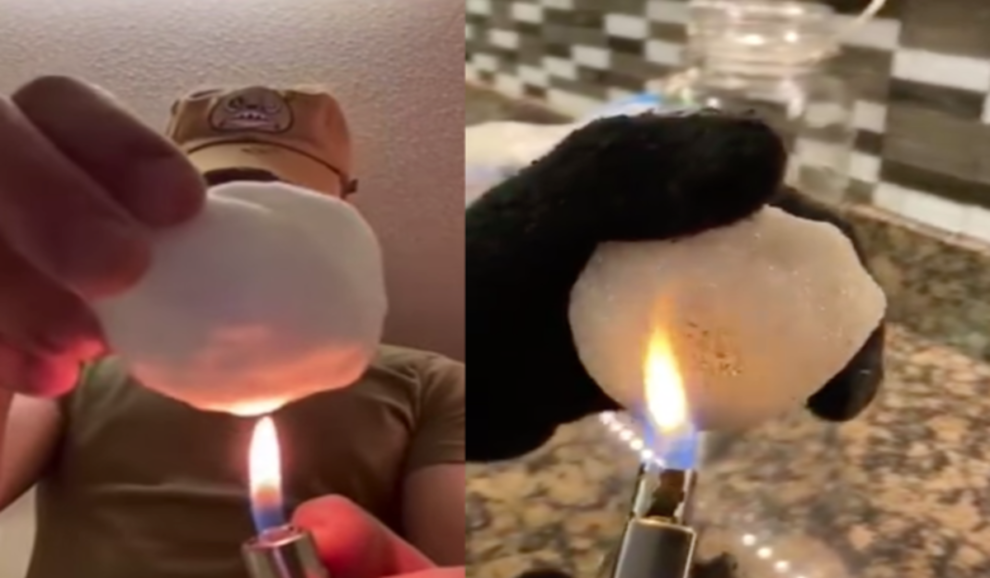 TikTok was full of videos containing conspiracy theories that the snow in Texas is fake. The misinformation about the snowfall was so widespread that the #governmentsnow crossed 1 million views on Monday, according to Business Insider.

A conspiracy theory that Texas snow is fake

As the state recovers from a devastating winter storm for days, viral videos started surfacing on social media, claiming that the snow was “fake” or “created by the government”. Users, in evidence, show that when a lighter was kept near a snowball, it burned instead of melting. This reaction, however, has a scientific reason and does not prove “fake” snow.

In a video that received more than 285,000 views, the TikToker used a blow dryer on “full heat” to melt a snowball she had just made from her yard. “It’s not melting,” she says while holding the wad of snow close to the blow dryer’s fan. The same woman also tried to disappear snow with a match but nothing happened.

In another clip related to fake Texas snow, a man used a match to coax the snowball into melting but it left black soot on the ball.

“No water, no dripping, no nothing,” one woman said in a recent TikTok video that went viral on Twitter. She insisted “If I put this in the microwave, it’s going to start sparking because there’s metal mixed in it. It’s not melting, it’s just burning,” the woman continued.

Most of the videos about fake Texas snow show Tiktok users put snowballs to fire with a matchstick. They called it abnormal as the snow didn’t melt. However, this is actually a process of sublimation, in which a substance directly changes from the solid to gas, without passing through the liquid state.

This idea that snow can be “fake” has been floating for a while now, but it was not the only odd information spread by conspiracy theorists on the internet. In the past week, another false claim — Bill Gates had a role in “fake snow” — trended high on the Texans’ Google searches. Similar videos and misinformation circulated on Facebook and Telegram with another claim: President Joe Biden caused the storm.

I am obsessed with idiots in Texas thinking the snow is fake and a government plot pic.twitter.com/7F0hsLB3hB

Texans are reporting that the SNOW WON’T MELT. pic.twitter.com/AclPqZOyNo