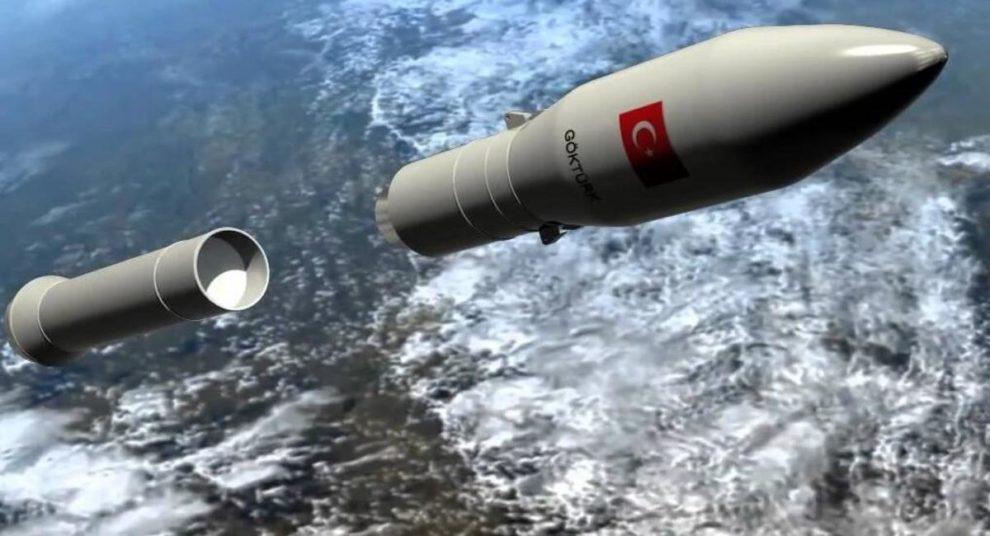 The dominance of space technology has become an essential point for the sovereignty of all nations. In this sense, independent access to space has recently joined Turkey’s national priorities under the government of Recep Tayyip Erdogan. However, it is impossible for any country to acquire the status of a space power without making extensive use of international cooperation, considering that the major world powers have been dominating this sector for decades. Ankara, knowing this, is looking for cooperation projects. The head of the Turkish Space Agency, Serdar Hüseyin Yildirim, has been a great spokesman for the Turkish space program, revealing some of the agency’s ongoing plans, aspirations, and joint projects.

Last month, Roketsan, a large Turkish state defense and security corporation, announced its success in launching a rocket in the Black Sea province of Sinop. Erdogan, when commenting on the event, said that his country thus entered the “space league”. Certainly, when talking about this fictitious group, Erdogan referred to the great space powers. According to Turkish state media, Roketsan received orders from the government to start the Turkish space program five years ago. The country launched its first space rocket in 2018, having made great progress in this technology since then. This December, the Turkish Space Agency was officially established, finally consolidating the Ankara’s space program. Between 2021 and 2030, Turkey intends to take all the necessary steps to become a space power.

So far, not many details have been provided about what the Agency’s operations will be or whether there is a timetable for activities. However, in his pronouncements, Yildirim reveals some of the agency’s intentions. According to him, the Turkish space program is complex and detailed, encompassing the objectives and means to achieve them. He says that the Agency is already working with a large number of organizations and this number will increase even more. Currently, there are 30 different projects underway at the Agency, which, according to Yildirim, have a high degree of seriousness and reveal the magnitude of Turkish intentions. However, the most curious thing about Yildirim’s pronouncements is that he reveals Turkish intentions to establish international cooperation ties in this sector.

Yildirim says that Turkey is already in contact with about 20 countries to develop joint operations. The countries with which Ankara has maintained contact are of diverse ideological and geopolitical orientations, including, for example, Ukraine, Hungary, Kazakhstan, Russia, Japan, China, and Azerbaijan, among many others. With some of these nations, agreements have already been signed, with others, Ankara is still in the stage of negotiations and dialogue in search of mutual interests.

Apparently, Turkey is investing in the space sector devoid of any ideological assumptions. Ankara wants to portray the image of a country with absolutely apolitical scientific interests, which is certainly not true. Conquering space is not an option for Turkey, it is a mandatory and vital step in Erdogan’s neo-Ottoman strategy. Any country that wants to assert itself as a regional or world power needs to be equipped with solid space technology and adequate strategic planning to carry out relevant space operations. The entire civilizational apparatus of the contemporary world, from the most elementary to the most sophisticated services, depends in some way on space technology. In fact, Turkey was obsolete in this sector and now needs to invest everything to modernize and make up for lost time. Without being able to do this with its own strength, Ankara seeks in every way to establish alliances that will help it accelerate this development and for that Erdogan is capable of abdicating any geopolitical or ideological rivalries.

Since the outer space is a neutral international territory, Turkey has much to gain from the international community if it maintains a public discourse of “apolitical scientific cooperation”, but when we look at bilateral cooperation, many challenges can arise. For example, recently, the Russian Ambassador to Turkey, Alexei Erkhov, visited the Space Agency’s headquarters to establish talks on a possible cooperation agreement. Despite the undeniable mutual benefits, Moscow will certainly take into account, when evaluating the proposal, the fact that Turkey openly intends to make military use of space technology. How will Russia help Turkey, with whom several tensions have arisen in recent times, to become militarily stronger? It is even likely that, for diplomatic reasons, Russia will cooperate in some way with Ankara, but it will certainly be an extremely limited cooperation with no great results.

In parallel with Russia, Ankara is also investing heavily in a dialogue with Kazakhstan, with which it has already signed a bilateral agreement. As a country with much more modest geopolitical claims than Russia, Kazakhstan may be a more viable ally, but in practice, it is Russia that operates Kazakhstan’s space technology. Therefore, either trilateral cooperation is really established, or Turkish results will be insufficient – which is the most likely scenario.

In fact, there is no apolitical scientific cooperation on the international stage.