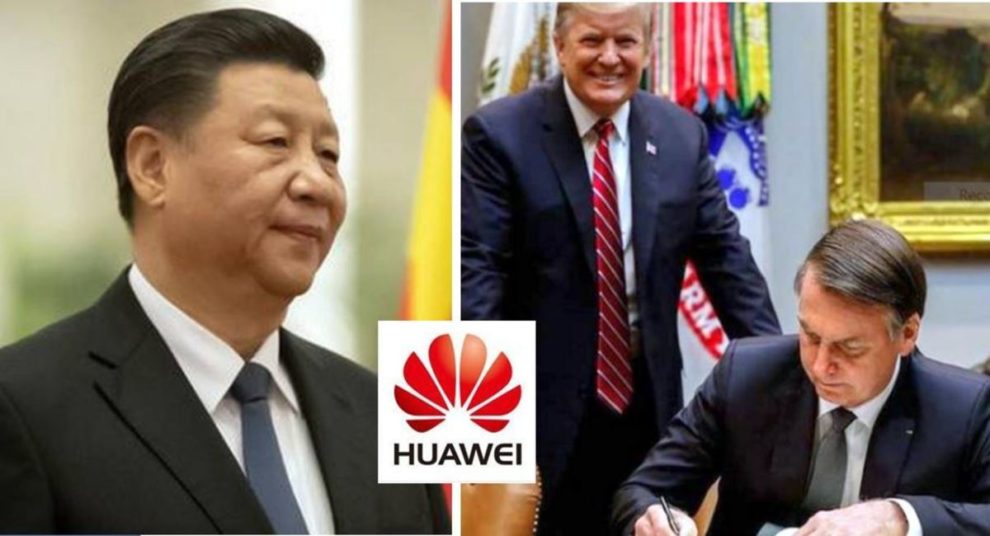 After months of controversy and discussions, Brazil has chosen to prioritize the US as a partner in 5G technology. The decision contradicts the opinion of the greatest experts on the subject, who see the choice as Brazil’s alignment to Washington in the trade war against China, which would be a disaster for the Brazilian economy, considering that Beijing is the largest allied trading partner of Brazil.

The Brazilian choice does not come by chance: once again, Brasilia makes an important decision after talks between government officials and the American Secretary of State Mike Pompeo. In a virtual meeting organized on Monday (October 19) by the United States Chamber of Commerce, Pompeo said that both Brazil and the United States needed to reduce their dependence on imports from China. According to him, the Chinese participation in the economies of the two countries brings “enormous risks”. During the meeting, Brazilian President Jair Bolsonaro announced three trade agreements with Washington, which were signed hours later. Pompeo called for strengthening trade between Brazil and the US.

The risks mentioned by Pompeo refer to an old discourse propagated by Washington that Beijing would be using its technology exported to other countries in order to spy and steal data from the nations that consume its products and services. This has been the main American argument for trying to persuade other countries to ban China from participating in their respective technology markets. In most parts of the world, this rhetoric has been rejected, but in Brazil, which adopts a foreign policy of automatic alignment with the US, the government adhered to the speech.

It is important to note that for many months the Bolsonaro government’s automatic alignment was hampered by a more pragmatic trend that persisted in some sectors of the Brazilian political scenario. The Brazilian vice president General Hamilton Mourão himself was the first member of the government to pronounce in favor of Chinese participation. Mourão is the main name of the government’s military wing and the military are the most interested in Chinese activity because they see Beijing as an important strategic ally. In general, we can divide the Brazilian government between those who are ideologically committed to American supremacy – in this wing are Jair Bolsonaro, his family and Chancellor Ernesto Araújo – and, on the other hand, those who defend an alliance with the US for merely strategic reasons, without ideological commitments – this is the case with the military. Without ideological commitment, military are more open to possible alliances with China, as they analyze scenarios based on purely strategic and pragmatic assumptions – so if China is offering something more advantageous than the US, the military will support China.

In this sense, the “victory” of the ideological wing of the government is truly surprising, mainly due to the way it happened: in a few hours, the Brazilian government signed agreements with the US, without any satisfaction to the military, businessmen or the media and contradicting the recommendations of the military and all the experts. The most affected by this decision will be the Brazilian government itself since Brazil is in a position of absolute disadvantage in the dispute between the US and China. The neutral position in the trade war between Beijing and Washington would be the best for Brazil. If there was a national strategy truly concerned with the country’s development, the government would allow the participation of as many countries and companies in the Brazilian 5G market as possible, not damaging the image of the country by joining either side in a trade war between two powers with a level of economic and technological development much higher than that of Brazil.

Now, with the decision taken this week, Brazil is officially in favor of Washington in a dispute that does not concern it, and this can have serious consequences for one simple reason: Brazil depends on China. China is the largest importer of Brazilian products, mainly from Brazilian agribusiness. It was the partnership with China that prevented the complete economic catastrophe in Brazil during this pandemic period, precisely through the consumption of agribusiness products, mainly the purchase of meat and soybeans – which increased 51% and 22%, respectively, compared to last year. China will certainly impose sanctions on Brazil from now on, which will seriously affect the Brazilian economy. In fact, Chinese 5G will be spread around the world, regardless of whether Brazil accepts it or not. Beijing does not depend on the Brazilian market – but Brazil does depend on China.

With possible sanctions by China on trade with Brazil, the Brazilian agribusiness sector – the biggest beneficiary in negotiations with China – will be harmed and will certainly stop supporting the Bolsonaro government – which has major agribusiness entrepreneurs as one of its main bases of support . Without the support of the military and farmers, what will be the future of the government? The ideological wing is insufficient to keep Bolsonaro in power. Bolsonaro has only one option left: to go back and guarantee a neutral position in the trade war.